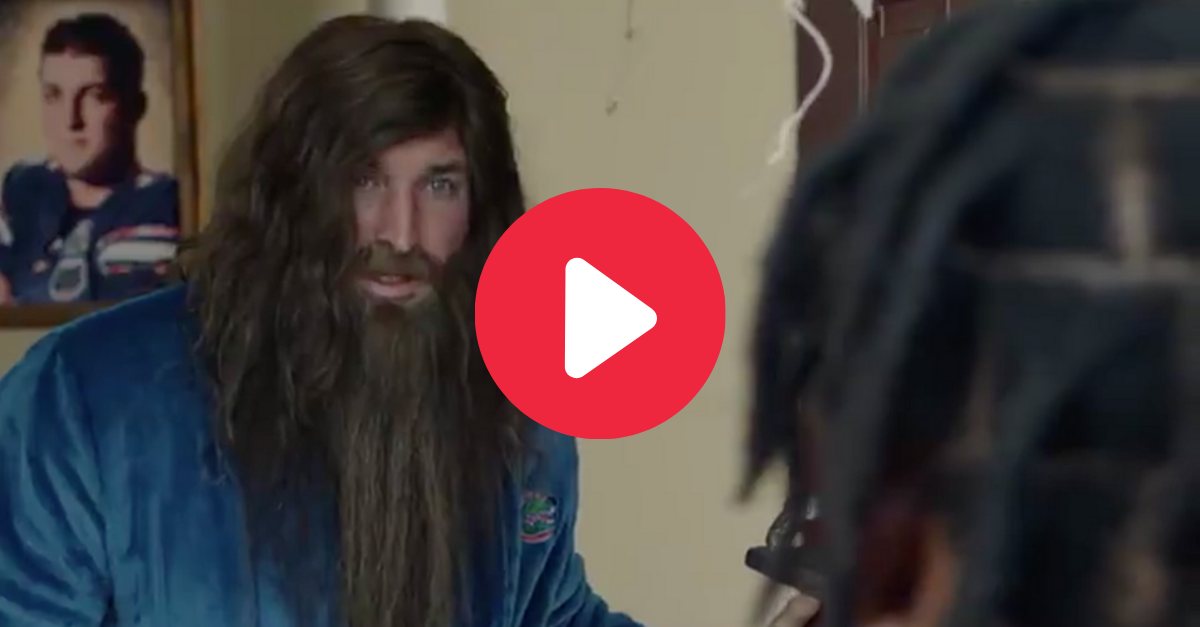 If you’ve never seen Nissan’s Heisman House commercials, they’re an absolute hoot. Where else can you literally find all of your favorite Heisman Trophy winners under one roof?

Baker Mayfield planting an Oklahoma Sooners flag in his sandwich in front of former Oregon quarterback Marcus Mariota is a personal favorite of mine. So is the 2019 installment in which former Florida Gators quarterback Tim Tebow showcases some light road rage, Auburn legend Bo Jackson argues with Alabama’s Derrick Henry and Mayfield tells the new kid on the block, rookie Kyler Murray, it’s his job to grab everyone’s bags.

Nissan’s latest commercial for the 2020 NCAA season features a beautifully-bearded Tim Tebow. Let’s just say I’m not sure his wife signed off on this look.

Welcome to the @NissanUSA #HeismanHouse @Lj_era8! If I knew you were coming I’d have combed my beard. #ad pic.twitter.com/ZvVLErgErv

It’s been a few years, but Lamar Jackson is finally moving into the Heisman House. As the former Louisville standout and current Baltimore Ravens quarterback pulls up to the house, he sees it’s run down.

Tebow answers the door with a beard even Moses would be jealous of.

“Lamar? What are you doing here?” the two-time national champion says.

When Jackson informs Tebow that it’s “Heisman time,” word begins to spread around the Nissan Heisman House. Derrick Henry, Mark Ingram, Baker Mayfield, Marcus Mariota, Kyler Murray and Charles Woodson all clean up the house and get it ready for football season before the commercial ends with a final shot of Tebow’s glorious chin mane.

“Welcome to the @NissanUSA #HeismanHouse @Lj_era8! If I knew you were coming I?d have combed my beard. #ad,” Tebow tweeted.

Oh yeah. After a long offseason thanks to COVID-19, we finally have a college football season. I’m not sure this commercial makes me want to buy a Nissan Altima, Nissan Rogue, Nissan Armada or Nissan Sentra. But the Nissan Heisman House commercials are back, which means football is too.

MORE: ESPN’s College GameDay Is Debuting Virtual Fans. Here’s How To Become One