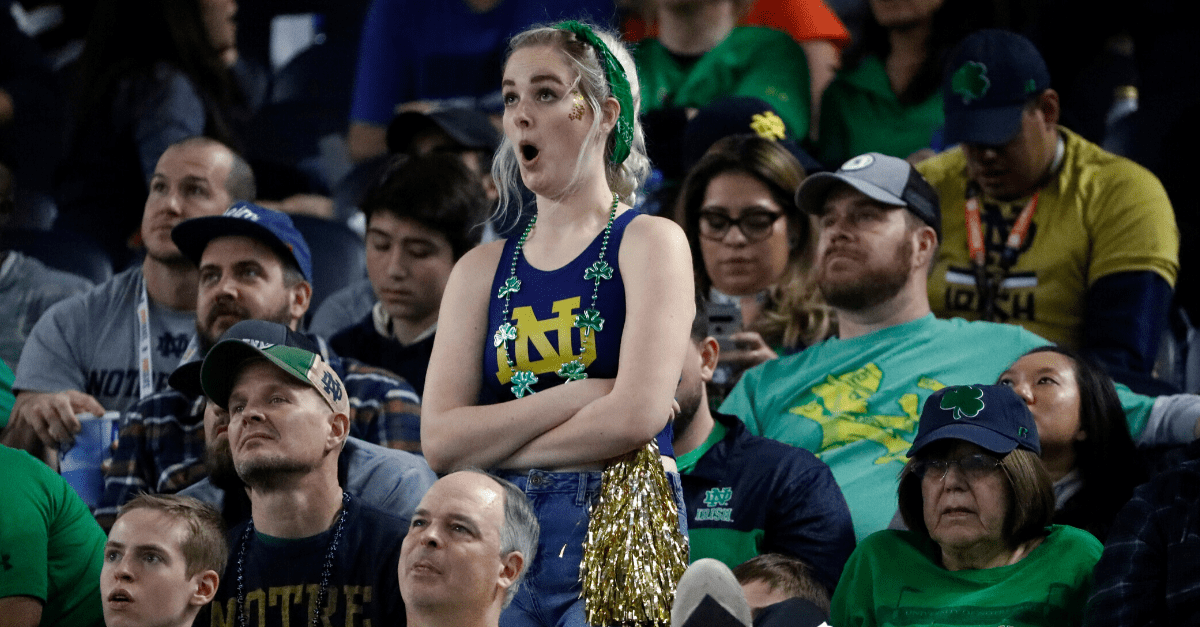 For as long as many of us have been alive, every Notre Dame Fighting Irish home games was sold out. Fans simply going to college football games in South Bend, Indiana is as much of a tradition as the leprechaun mascot and Touchdown Jesus. The sellout streak at Notre Dame Stadium, however, is sadly coming to an end.

As the No. 16 Fighting Irish prepare for a matchup with the No. 21 Navy Midshipmen on Saturday afternoon for the 93rd consecutive season, it will mark the first time in 46 years the program has not sold out the stadium, according to University of Notre Dame officials.

The sellout streak will officially end at 273 games, the second-longest in NCAA history, according to the South Bend Tribune. Nebraska has the longest home game sellout streak, and it?s still active.

Statement from Jack Swarbrick on the Notre Dame Stadium sellout streak concluding at 273 games, the second-longest streak in NCAA history.

Since 1964, @NDFootball has played before soldout crowds in all but one game (321 of 322).#GoIrish https://t.co/vOaUXpzuqO pic.twitter.com/et3yI5KhbE

How can this be? Notre Dame football under head coach Brian Kelly currently has the fourth-longest active home winning streak at 16 games. Only Clemson (21), UCF (20), and Ohio State (19) have longer winning streaks, per the South Bend Tribune.

The Fighting Irish were even in the College Football Playoff last season, and this upcoming game is another big game.

Instead of being creative to fill the stadium, Notre Dame officials are essentially letting it happen for the first time since Thanksgiving Day in 1973 against Air Force.

Season ticket prices certainly have something to do with it. Having three games in November might play a role for traveling fans as well. But it doesn?t change the home sellout streak is all but over.

?Based on ticket sales through Wednesday, we do not anticipate sellouts for our games against Navy and Boston College. That this comes during a time of sustained success for our football program reflects both challenges impacting the ticket market nationwide and the unique dynamics of this year?s schedule.

?Most importantly, however, we are grateful to our fans who have filled the stadium for the last 273 games ? dating back to our November 1973 game against Air Force ? and 321 of the last 322 contests dating back to 1964. We will continue the tradition of making Notre Dame Stadium a destination for generations of Fighting Irish students, alumni and fans while providing the best possible atmosphere for our student-athletes.?

As if a loss to Michigan wasn?t bad enough for the football team and fan base, not seeing the stadium full at kickoff will be even worse.

However, if all good things must come to an end, it?s been one helluva ride.

READ MORE: Beloved Colorado Mascot Forced to Retire for Being Too Wild