The Football Huddle Was Invented by a Deaf Quarterback 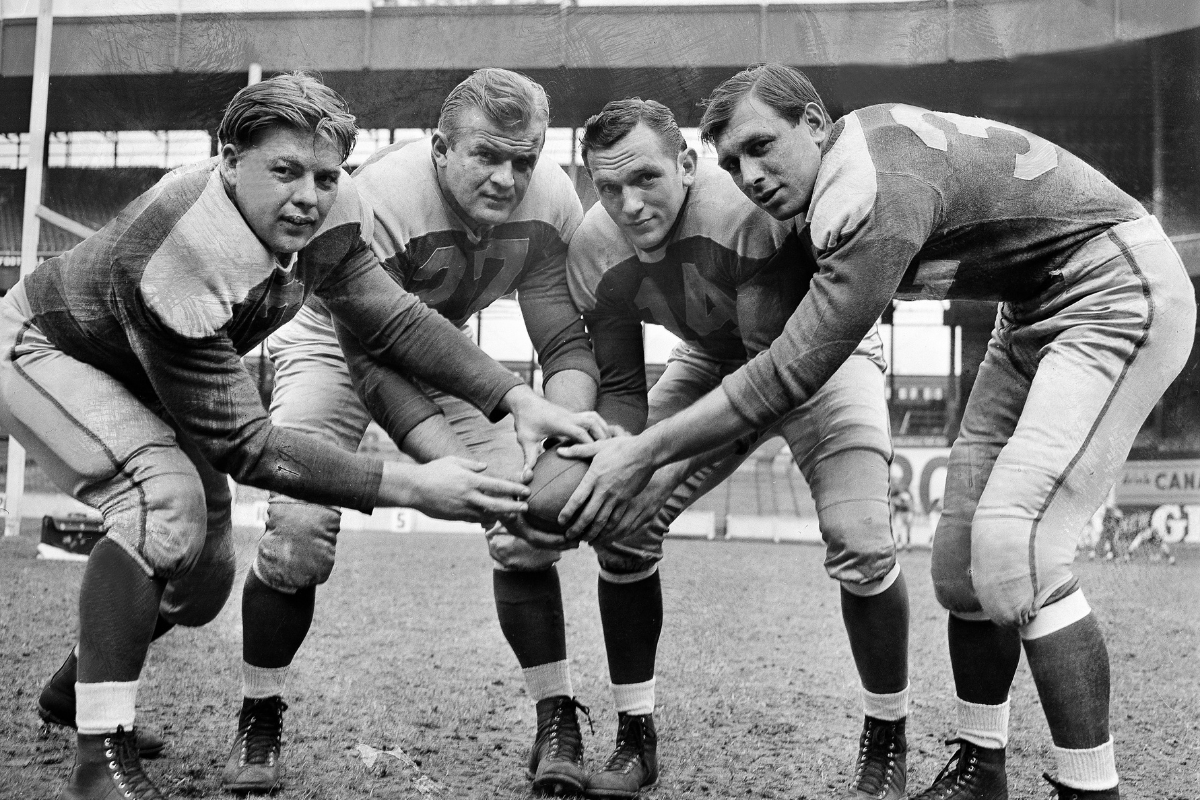 When American football player Paul D. Hubbard was playing quarterback for Gallaudet University from 1892 to 1895, he did so while being deaf. That ultimately led to his creation of the modern football huddle.

The huddle has been happening for a long time in NCAA college football and the NFL, and though it isn’t used by every team anymore, it was important to Hubbard because of the use of American Sign Language.

Who Invented the Football Huddle?

As a member of the Gallaudet Bison football team, it was quarterback Paul Hubbard’s job to give the plays to his offensive teammates. But as a deaf football player, he had to use sign language to communicate the plays.

Hubbard worried that deaf players on opposing teams would know his hand signals at the line of scrimmage and steal their plays. As a result, he invented the huddle to hide the offense’s plays from any opposing players who knew sign language.

Gallaudet College is a deaf school and hard-of-hearing students in Washington D.C. Without Hubbard creating the huddle, the no-huddle offense would have been much more prominent earlier than it was.

One of the first schools to use a huddle in a game was the Oregon Agriculture College, now known as the Oregon State Beavers. In 1918, head coach Bill Hargass had his players stand 10 yards behind the line of scrimmage and all of the players say what they would do on the next play. That evolved into a tight circle of team members throughout football leagues.

The current trend over the last few decades has been calling plays faster from the sideline and not huddling. This gives the defense less time to rest or sub in players, giving the offense more mismatches.

#FunFactFriday Did you know that the football huddle was a #Deaf innovation?

In the 1890s, Paul Hubbard, a quarterback for Gallaudet University, had his offense form a tight circle so they could discuss plays without the other team seeing what they were signing! pic.twitter.com/ubsKh1VtJI

Today, the no-huddle is used mostly in college football and is beginning to take over the NFL. Teams use different signals to share their plays instead of sign language, so there isn’t the fear of deaf players stealing signals like Hubbard had to deal with, though there isn’t a high number of deaf players in college or professional football right now.

The next time you’re at a football game — whether it’s the Super Bowl or some Friday night high school football — break out the huddle’s origin story to impress your friends.

This article was originally published August 20, 2019.