A few years from now, the Texas Longhorns with face off against the Alabama Crimson Tide in SEC matchups, after Texas and Oklahoma switch their college football conferences.

However, the two teams met in Austin for only the ninth time, and the first since Bama took down Texas in the 2010 College Football National Championship Game.

Surprisingly, that's Alabama's lone victory in the matchup. It was that very championship game that started the Alabama Football dominance under Nick Saban we know today, beating up Texas with strong running back play after knocking star QB Colt McCoy out of the game. 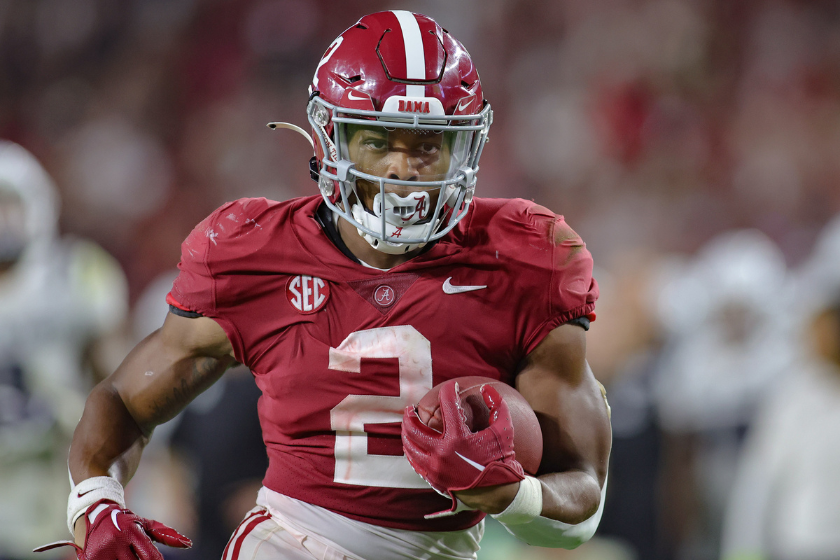 Perhaps it is fitting that the 2022 matchup would also feature fireworks from the Alabama backfield.

After trouncing the Utah State Aggies in the first game of their revenge tour following the Tide's loss to Georgia in last year's national championship game, head coach Saban and QB Bryce Young arrived in Texas ready to give the Longhorns a taste of their future in the SEC.

After trading double-digit play long drives that would result in field goals instead of touchdowns, Jahmyr Gibbs brought a kickoff only to the Alabama 19-yard line. But on the ensuing play, QB Bryce Young turned to hand the ball off to RB Jase McClellan, who proceeded to take it all the way to the house for an 81-yard touchdown run.

The Texas linebackers decided tackling was optional as Jase McClellan bounced it outside and turned on the afterburners. The Bama speedster grew up in Aledo Texas, and in the first quarter in his home state matched his touchdown production from last season. Clearly this explosive ground attack was not something Steve Sarkisian and Texas were ready for following their Week 1 win against Louisiana-Monroe.

Regardless, Jase McClellan and Bama's other running backs were able to match the performance we saw in that 2010 National Championship game. There is no doubt that other SEC schools like Ole Miss, Auburn, Texas A&M and Arkansas are taking notes when watching this game.