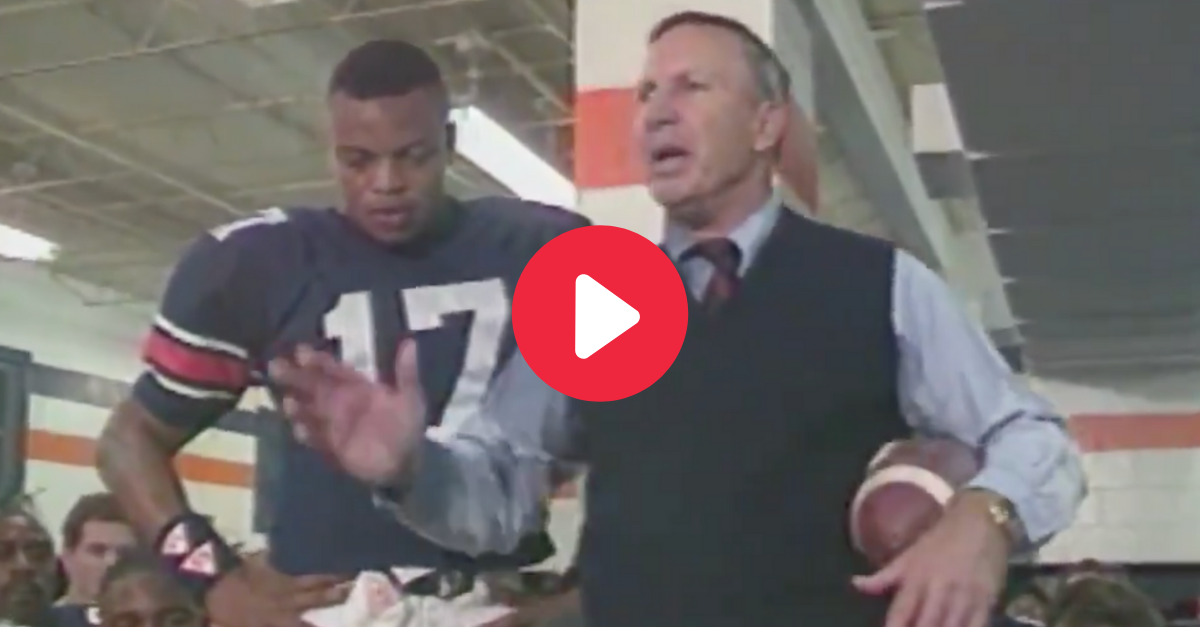 For years, and even decades, the Iron Bowl wasn?t fair. Not only on the scoreboard, where the Alabama Crimson Tide seemingly dominated the rivalry series, but also in location. Playing each game at Legion Field in Birmingham was never ideal for the Auburn Tigers, and nobody thought a home game on The Plains was possible. Then, on December 2, 1989, everything changed.

After winning three-straight Iron Bowls for the first time since the mid-1950s, Auburn?s grandest wish finally came true. The Tigers hosted the Crimson Tide at Jordan-Hare Stadium for the first time ever. It was beautiful. It was magical. It was anything and everything Auburn could have hoped for.

An estimated 20,000 fans showed up to the Tiger Walk on Donahue Drive ? where running back James Joseph hyperventilated during the pregame festivities ? and more than 85,000 packed the stadium. Auburn won the game, 30-20, but the day meant so much more than the scoreboard.

Despite Legion Field being considered a neutral site, Alabama had used the stadium for home games as well as Bryant-Denny Stadium. It was less than an hour away from Tuscaloosa and was rather convenient to hold the Iron Bowl there. Additionally, the legendary Bear Bryant insisted the college football rivalry never be played away from Magic City, let alone at the Auburn University campus.

Up until that point, the Alabama-Auburn showdown was played in Montgomery, Birmingham and even Tuscaloosa, but never Auburn. Once the contract ran out, however, Auburn athletic director and head coach Pat Dye, who worked for Bryant at Alabama, delivered. The first Iron Bowl game at Jordan-Hare Stadium came to life.

The football game itself was a big one. Alabama was undefeated, ranked No. 2 in the country, and looking for a NCAA national championship. Auburn, on the other hand, had losses to Tennessee and Florida State, but a third-straight SEC title was on the line.

All eyes were on CBS that afternoon, and Auburn fans came out in a big-time way.

“What made me think of the Berlin Wall was the look in people’s eyes as we walked down the street during Tiger Walk,” Pat Dye said in 1999, via AL.com. “The hunger, the relief, the expression they had on their faces. I never saw anybody when the wall came down, but I imagined that they’d have the same look as those Auburn people that had been freed and let out of exile.?

Comparing an Auburn football game against Alabama to the fall of the Berlin Wall might seem a little over the top, but there?s absolutely no doubt it meant so much to everyone involved.

Although Alabama led 10-7 at halftime, the Auburn offense ? led by quarterback Reggie Slack and running back Stacy Danley ? took over in the second half. A Win Lyle field goal late in the fourth quarter sealed the 30-20 victory.

The win secured the SEC championship for Auburn, while Alabama and head coach Bill Curry missed out on the national title.

There have been some amazing Iron Bowls in the past ? Bo Jackson?s ?Bo Over the Top? touchdown and the ?Kick Six” come to mind ? but nothing quite compares to that first game at Jordan-Hare Stadium.

It was historic. It was loud. It will be remembered forever.