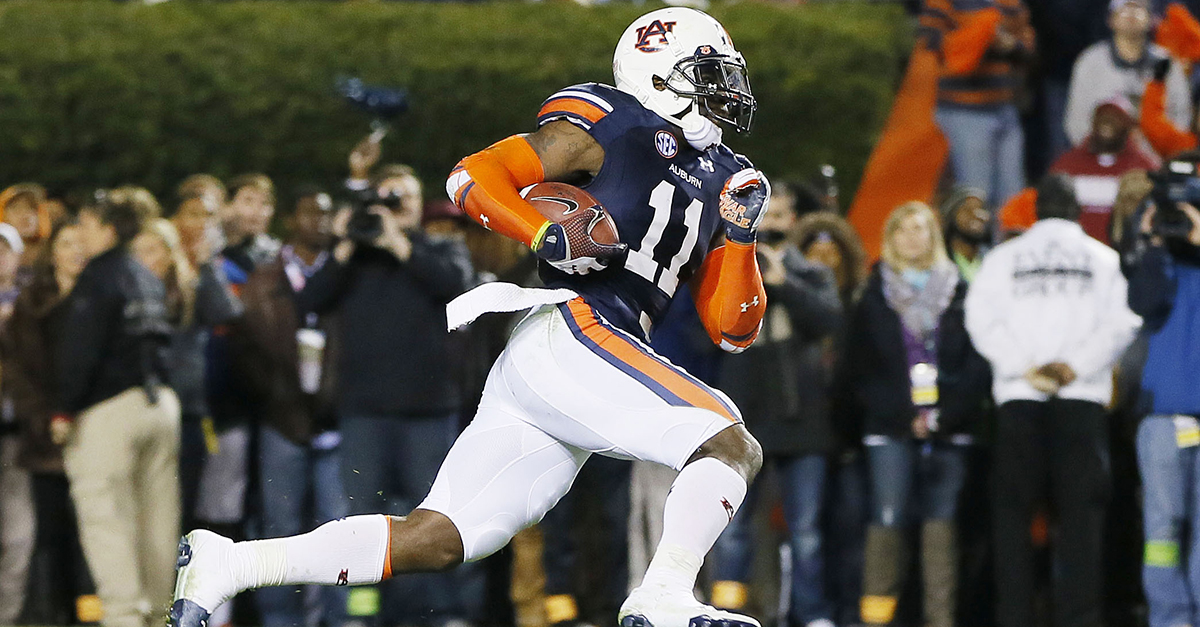 On Saturday, May 25, iconic Auburn announcer Rod Bramblett and his wife Paula were killed in a car accident. While waiting to make a turn onto Shug Jordan Parkway, the 16-year-old driver of a Jeep Grand Cherokee rear-ended the Bramblett’s Toyota Highlander. Paula Bramblett, 53, was life flighted to East Alabama Medical Center where she died in the emergency room due to multiple internal injuries.

Rob Bramblett, 52, was taken to UAB Hospital in nearby Birmingham where a closed head injury claimed his life as well. The teenage driver of the other car was taken to the hospital with non-life-threatening injuries. The car crash is still being investigated by Auburn police and the Lee County Coroner’s Office.

This was the sunset we saw last night at my dad’s house. The sky painted orange & blue

Rod painted with words. There’s no doubt I my mind that this was Rod painting in Heaven pic.twitter.com/CT5sxhzs0u

This tragic loss sent shockwaves throughout the Alabama community. Bramblett, who’d called Auburn baseball games since 1993 and took over as Auburn football’s lead play-by-play announcer in 2003, was named Alabama’s sportscaster of the year in 2006, 2010 and 2013, according to AL.com. Bramblett also followed the Auburn men’s basketball team during their first-ever trip to the 2019 Final Four.

For this call, and because his work at the university was unparalleled throughout the year, Rod Bramblett was named Sports Illustrated’s National Broadcaster of the Year in 2013.

To honor Rod and Paula, who also worked at Auburn in the university’s Information Technology Department, a GoFundMe campaign was launched to raise money for the Bramblett family’s two children. Shelby is a student at Auburn, and Joshua currently attends Auburn High School. In the first two days, over 2,000 people submitted donations that have raised over $196,000 for the children.

Apple CEO Tim Cook, who owns a bachelor’s degree from Auburn, submitted a donation for $25,000.

The most notable of the donations, however, are the hundreds of people who gave $109 dollars, honoring “The Kick-Six” that Bramblett famously called. What’s even better is that donations have come from all over the Southeastern Conference. Multiple anonymous Alabama fans, and even Florida athletic director Scott Stricklin, are supporting the loss from one of the SEC’s most beloved families.

“The Voice of Auburn” may be gone, but the memories he gave that community will live forever. A public memorial service will be held on Thursday, May 30 at Auburn Arena.

UPDATE: As of July 2, the fundraising campaign rolled over $330,000 worth of donations.

Rod will always be the Voice of the Auburn Tigers.

Please join the Auburn Family in praying for the Bramblett family.https://t.co/TQTSU8UPYI

This was Rod Bramblett. Total radio pro in the midst of utter joy and extreme radio booth chaos. pic.twitter.com/7vXSv3Bpvx

Rod Bramblett has been a part of our program for the past 27 seasons.

We are devastated by the passing of he and his wife, Paula, and ask for continued prayers for the Bramblett family. 🙏#WarEagle | #Legacy pic.twitter.com/ialYJJhYFl

I miss my friend already. pic.twitter.com/MfZvcwH1rj

UPDATE: On July 1, 2019, 16-year-old Johnston Edward Taylor was arrested and charged with two counts of manslaughter in the deaths of Rod and Paula Bramblett. Taylor was taken to Lee County Jail where bond was set at $50,000.

According to Auburn police, the Alabama Law Enforcement Agency Traffic Homicide Unit found that Taylor was speeding when the crash occurred. The Toxicological Analysis Report also confirmed that Taylor had marijuana in his system, according to a news release obtained WBRC News.

Taylor is being charged as an adult in the case.

This article was originally published on May 28, 2019.