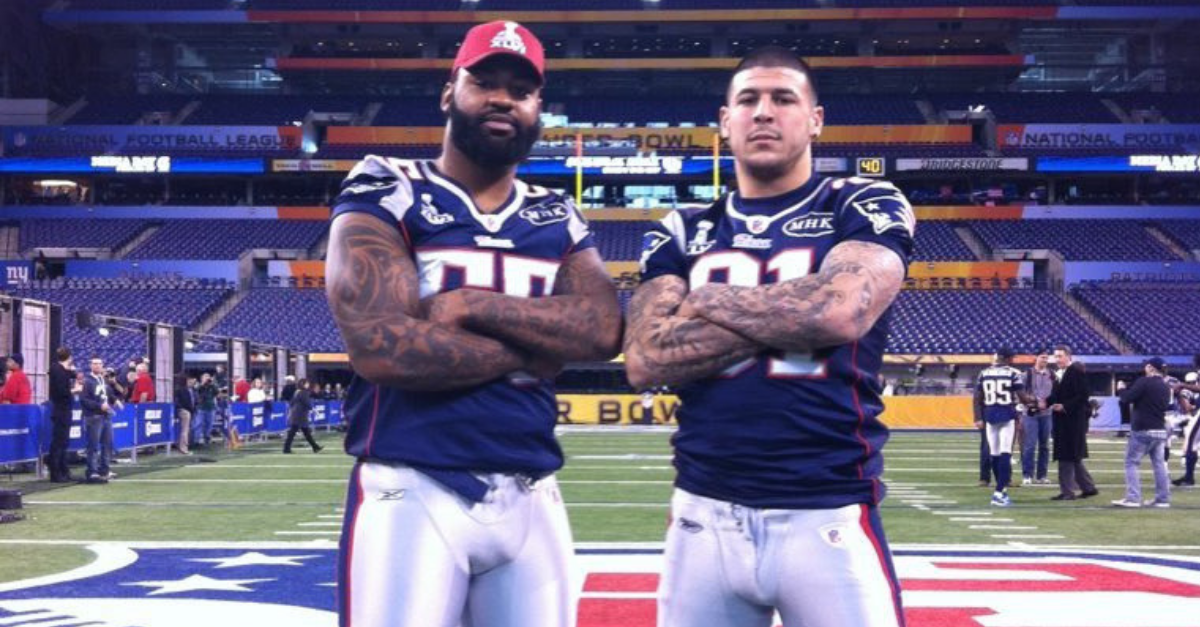 Even if you consider yourself an outsider to American sports culture, you probably know the names of disgraced athletes no one should ever associate their names with. Toward the top of that list has to be former NFL stars O.J. Simpson and Aaron Hernandez.

These names are far from politically controversial figures like Colin Kaepernick, Caitlyn Jenner or Muhammad Ali majorly because of Simpson?s and Hernandez?s immoral and illegal pasts. That would make it particularly odd if someone, say a former teammate, posted a picture with one of them pairing it with a caption saying anything but something negative.

Brandon Spikes, Hernandez?s former teammate at the University of Florida and in New England, posted a throwback Super Bowl picture before Sunday’s Super Bowl LIII between the Patriots and Los Angeles Rams with the former tight end and, understandably, received a ton of backlash.

Scroll through the replies and you?ll find Spikes? post can be summed up in one word: yikes.

The picture is from Super Bowl XLVI in 2012, when the Eli Manning-led New York Giants beat the Patriots 21-17. Spikes apparently thought it would be a good idea to take to social media to reminisce.

There is so much to unpack regarding Hernandez?s life. He was a convicted murderer, involved in a heap of shooting investigations and gang-and drug-related activity during his time playing for the Florida Gators and New England Patriots. He committed suicide while serving a life sentence in prison, which was highly publicized partly because of his traumatic CTE he acquired from football and partly from inner demons related to his alleged childhood and sexuality struggles.

That being said, there are no excuses for what Hernandez did during his life. Posting a picture like this with a bunch of hashtags the way Spikes does is?um, questionable.

Spikes and Hernandez were former Gators from 2007-09 and former Patriots from 2010-12. They were undoubtedly close friends.

The two were part of an Urban Meyer-led Florida Gators program that became known for so much ? winning a boatload of football games, the legend of Tim Tebow and also a handful of players in trouble with the law. The two national championships is the number Florida fans know, but what about the 31 arrests of UF players during Meyer?s tenure from 2005-10?

Tom Brady once told Tim Tebow, ?I?m trying to watch over Aaron [Hernandez] and Brandon [Spikes].? Tebow told Brady they were good guys, to which Brady responded, ?[Yeah] they?re a lot to handle.?

It just seems odd anyone would want to even seem aligned with Hernandez.