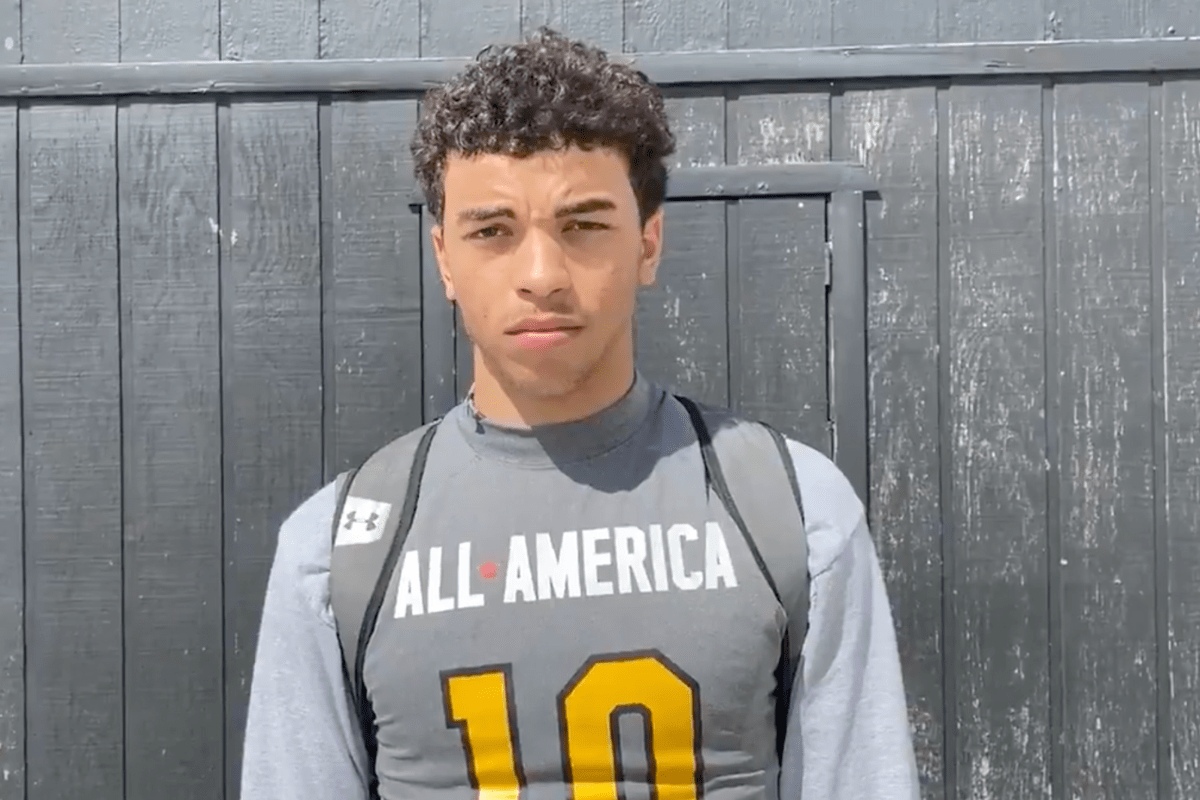 Nick Evers might be a member of the 2022 recruiting class, but he already has his future in college football locked up.

The pro-style quarterback has looked incredible at Flower Mound High School in Texas, and he and his rocket arm are moving to Gainesville sometime next year.

Evers, a four-star recruit, has committed to play for the Florida Gators.

The signal-caller was recruited by Florida quarterbacks coach Garrick McGee, and even had a virtual visit with the entire staff, led by head coach Dan Mullen.

Dan Mullen's QB track record had a lot to do with it.

For more coverage of the Gators, follow @GatorsTerritory pic.twitter.com/tAktZy4gc6

The Gators were in on some other four-star QBs from this class, including Florida State commit Nicco Marchiol.

Regardless, Evers is the guy.

Nick Evers had a fantastic junior year with Flower Mound, and it’s easy to see why the 247Sports Composite considers him a four-star player.

In 2020, he racked up 2,591 passing yards and 25 touchdowns. He’s not a typical dual-threat, but he’s still fast, and he even accumulated a handful of rushing scores as well.

Evers can be seen making some impressive throws on the run, and that is going to lend itself to the NCAA quite nicely. He can zero in on his receivers in the face of defensive pressure and looks like an asset already.

Florida 2022 QB commit Nick Evers (@NickEvers12) goes 3-for 3 on the opening drive, capping it with the TD throw. He also hit on the 2-point conversion for a fourth completion. @InsideTheGators pic.twitter.com/IFLg7P1TlM

The Gators have received incredible work from Kyle Trask, and finding a successor will be an incredibly important decision. Evers, of course, won’t be the heir apparent to the future NFL Draft pick, but he has officially thrown his hat into the ring.

Nick Evers still has one more high school season to complete, and there is a lot to like if you’re a Florida Gators fan. His junior year looked great, but it will be nice to see what updates he can make to his game as a senior at Flower Mound.