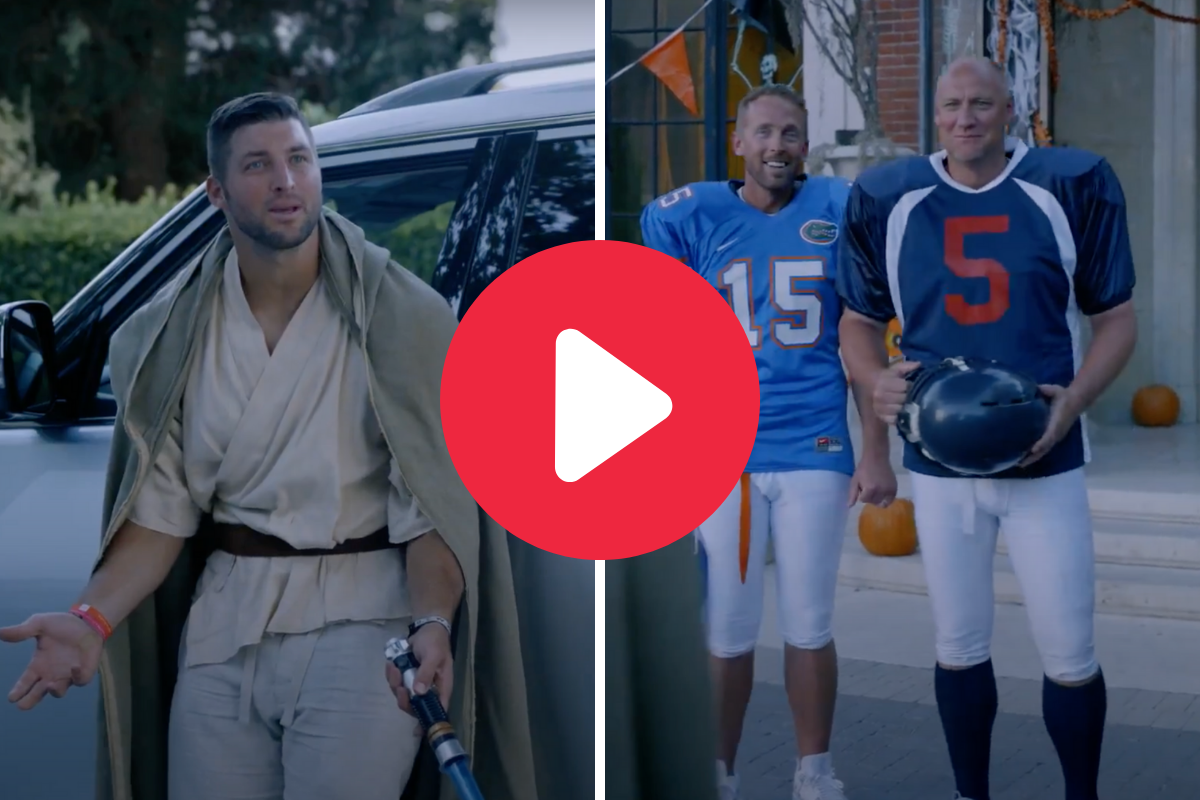 Tim Tebow‘s closet must be full of jerseys. Over the course of his football and baseball career, he’s collected them from teams like Nease High School, the Florida Gators, Denver Broncos, New York Jets, New York Mets and Jacksonville Jaguars.

That being said, No. 15 probably has endless Halloween costumes if he chooses to dress up. All he has to do each year is throw one on and go as a different version of himself. Add in some pads, a helmet or maybe a baseball bat and he’s set for the next 10 spooky holidays.

When Tebow got the gang together at the Nissan Heisman House in 2017, his friends decided to go to a Halloween party as the former Gators quarterback for “Teboween.”

RELATED: Tim Tebow Was Awkwardly Asked About Virginity, And Was All Class

Tebow dressed as a Star Wars Jedi character (not Jesus, like most thought) holding a light saber, and he was hurrying his Heisman buddies to the van. One by one, they come out of the house dressed as Tim Tebow.

Former Oklahoma Sooners’ Jason White greets Tebow in a full UF uniform. More former college football stars, including Ricky Williams, then head out with No. 15 jerseys. Even fellow Gator Danny Wuerffel gets in on the action as “shirtless Tebow.”

The real star here doesn’t come out until the end. Former Alabama running back and now NFL star Derrick Henry is donning a baseball uniform and a wooden bat.

I never expected this ad would end with Heisman Trophy winners making fun of Tebow’s attempted major league baseball career, but they pulled it off hilariously.

If you need ideas for Halloween costumes, grabbing your squad and dressing as different Tim Tebows is actually a hilarious idea. Just know the Heisman House did it first.