Ricky Williams did things on a football field that few could. The running back dubbed "Little Earl" after the great Earl Campbell set the NCAA rushing record while playing for the Texas Longhorns in the 1990s. After winning the 1998 Heisman Trophy award, he went on to have a successful professional football career that included numerous suspensions.

There weren't many Miami Dolphins fans without a Ricky Williams jersey in their wardrobes. By 2002, he was the NFL's rushing king. Children across the country watched Ricky slash through defenses and emulated him in their backyards. There's no doubt that he was on track for a Hall of Fame career had drug tests not slowed him down.

While Williams retired quite early for someone of his abilities, he dove into some interesting ventures post-playing career. Whether it be yoga, cannabis, or astrology, the 43-year-old former professional football player has kept everyone on their toes just like he did defenders.

Despite making a good chunk of change scoring touchdowns, Williams hasn't scored quite the net worth you'd expect. 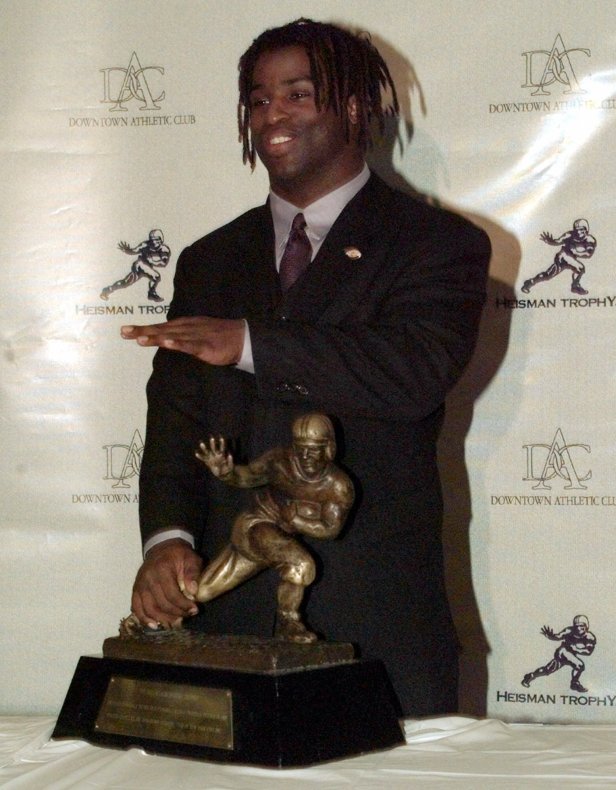 Errick Lynne Williams Jr. was born in San Diego, California, in 1977. He has a twin sister named Cassandra, and when his parents divorced in 1983, he helped take care of her and his other sister.

Williams was a star athlete at Patrick Henry High School, where he participated in baseball, football, track and wrestling.

He accepted an athletic scholarship to play for the University of Texas Longhorns from 1995-98. His name is all over the NCAA Division-I record book. For example, he's the only man in college football history to rush for 300 or more yards in consecutive games. "Little Earl" finished his time in Austin, Texas, with 6,279 career rushing yards, which ranks third all-time.

After winning the 1998 Heisman Trophy and earning two-time All-American and two-time Big 12 Offensive Player of the Year honors, Williams was selected fifth overall in the 1999 NFL Draft by the New Orleans Saints. Saints head coach Mike Ditka traded a bevy of picks to the Washington Redskins to nab the running back, and it marked the first time a National Football League team only drafted one player in a single draft. 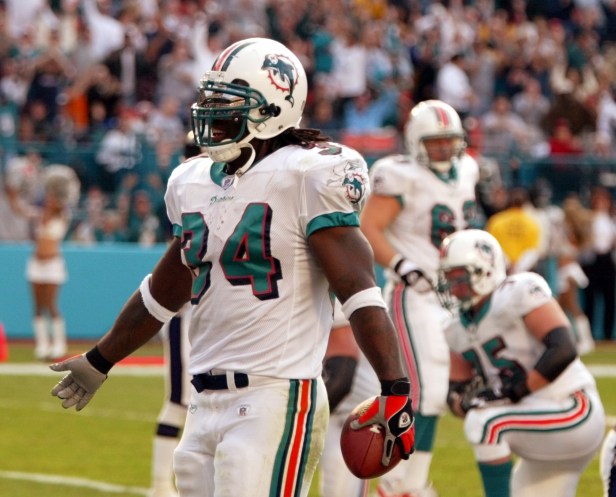 Williams spent just three seasons in New Orleans before he was traded to the Miami Dolphins. In his first season there in 2002, the Pro Bowl and first-team All-Pro player rushed for an NFL-best 1,852 yards.

The blazing running back was dominant in 2003 as well, but drug tests began to hamper his ability to stay on the field.

Williams failed at least four drug tests in his NFL career. Before the 2004 season, he failed one for a third time and flat out retired after it. During that year, he studied ancient Indian holistic medicine before returning to football in 2005.

He was suspended for the entire 2006 NFL season for his fourth failed drug test, which led to a stint with the Toronto Argonauts in the Canadian Football League. He found brief success rejoining the Dolphins from 2007-10 and retired after a final season with the Baltimore Ravens in 2011.

According to Sports Illustrated, Williams said he took at least 500 drug tests in total over the course of his short-lived time in the NFL.

Ricky Williams was always more than a running back who could cut on a dime and barrel over tacklers. If anything, he seemed misunderstood by teammates and the media.

Like a page out of Dennis Rodman's book, Williams once donned a wedding dress next to Mike Ditka on the cover of ESPN the Magazine. The idea, however, was actually straight from Williams' noggin.

"In 9th grade, I dressed as a cheerleader on Halloween. It was my idea to wear the wedding dress. I didn't think it would offend anyone. I just wanted to show my relationship with Ditka. I was looking at myself, not as a football player, but as an open, interesting person. The reaction from reporters and fans was shocking. I didn't see why it was such a big deal for a football player not to be afraid to be in touch with that side of himself. It doesn't make sense that a football player is supposed to be fearless but should be afraid to be in touch with his feminine side," he said in an interview with Playboy.

In the most rah rah, macho-man sport of all time, here was a Heisman winner and Pro Bowl running back getting in touch with his feminine side AND talking about it. How rare is that?

Williams finished his career with more than 10,000 rushing yards and 74 total touchdowns. He earned more than $24 million over his 10-year NFL career in the NFL and CFL, according to Spotrac. A large portion of that came in the signing bonus of his first NFL contract.

RELATED: Mike Tyson Smokes $40,000 of Weed Monthly at His Ranch

Like many former players do, Williams became a football analyst on the Longhorn Network for Texas GameDay. He still offers insight for the network.

However, that is far from the most intriguing post-playing career hobby Williams has dabbled in. Williams is a yoga instructor, cannabis advocate, astrologist (seriously, you can pay him for an astrology reading) and the owner of the world's first 'weed gym.'

He's talked in the past about his social anxiety disorder during his playing days, which he says weed has helped.

In 2018, the former NFL player began studying in the doctoral program of Emperor's College of Traditional Oriental Medicine in Santa Monica, California. He launched Real Wellness, a cannabis-based business that sells all sorts of herb-related products, that same year with wife and business partner Linnea Miron.

Straight from the company's website is Williams' reason for starting this business:

"It is the hero's journey of a lone man who, in the face of great adversity and societal pressures, trusted "the crazy voice within" to expand his personal horizons and push beyond the constraints of Western medicine in his search for relief from the built-up physical and emotional traumas of his stressful lifestyle as an elite football player in America. He found relief -- and the bonus prize of real healing -- in potent plants like cannabis."

He also apparently opened Power Plant Fitness, which is hailed as the world's first (and likely only) weed gym in San Francisco, California. According to this press release, "members will be able to consume cannabis in the gym while working out. Power Plant also produces a line of 'athletic edibles' made for pre-workout focus and post-workout recovery." Something tells me he could convince many former NFL players to work out there.

The retired American football player still calls the United States home. He lives in Venice, California, where he has seemingly put his football career in the rearview mirror.

Williams has been married twice and has five children in total.

He is currently married to Linnea Miron, who is also his business parter. Prior to Miron, Williams married and had three children with Kristin Barnes. They met when Barnes was working for the New Orleans Saints team plane and got married in 2009. The couple, who split in 2016, have three kids together: Prince, Elijah, and Asha.

Williams also has two more children with two separate women. The children's names are Kekoa Blaze Williams and Marley Williams, though not much is known about the personal life of either mother.

What Is Ricky Williams' Net Worth?

Considering the success Errick Lynne "Ricky" Williams Jr. has had in the NFL, one might expect his net worth to be much higher than it is estimated at.

Ricky Williams has an estimated net worth of $3 million in 2020, according to CelebrityNetWorth.com. That doesn't seem like a lot for someone who was once on top of the NFL. At least Williams can say he's doing what he loves, and that seems to be anything involving weed. Good for him.