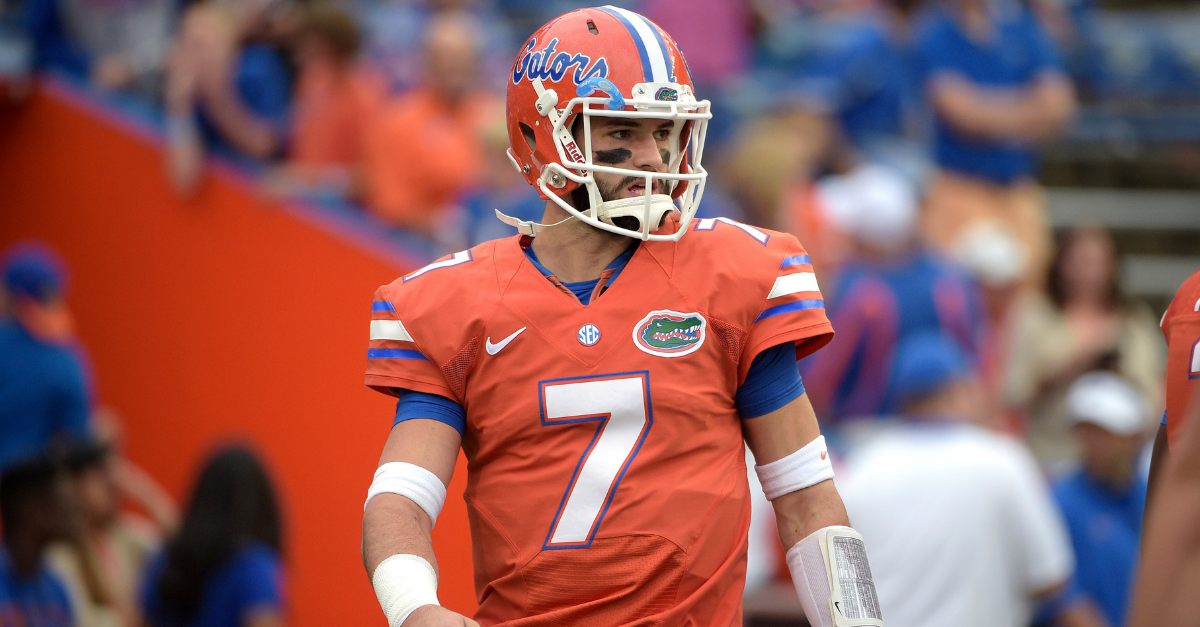 It’s been nine long years since Tim Tebow was selected by the Denver Broncos in the first round of the 2010 NFL Draft. From the moment Tebow stepped on campus in Gainesville and graced Florida Gators fans with his charisma, leadership and quarterbacking to the day the Tebow era ended, the orange and blue faithful were on cloud nine.

Little did they know pain and misery that only Cleveland Browns fans can empathize with would follow. From John Brantley to Treon Harris to Austin Appleby, Florida has had it share of subpar signal callers. But Ben Hill Griffin Stadium has seen the likes of four different NFL Draft picks walk through it, all of which finished out their illustrious college careers in different stadiums.

Cam Newton is the one that got away. The 2015 NFL MVP only played a handful of games for the Gators as Tebow’s backup in 2007 and 2008 before he was arrested for stealing a laptop and transferred. He won a national championship at Auburn, and the Carolina Panthers made him the No. 1 overall pick in 2011.

Jacoby Brissett and Jeff Driskel are the two that sting. Both of them always had the talent but head coach Will Muschamp was probably to blame for not wringing it out of them. Brissett threw for 5,000 yards at NC State before the Patriots took him in the third round of the 2016 draft. Driskel threw for 4,000 yards in one season at Louisiana Tech and was a sixth-rounder in 2016.

The one that hurts the most, maybe due to some recency bias, is Will Grier. The Panthers just made him their third-round pick and he’ll likely back up Newton. Before tossing for more than 7,000 yards in two years at West Virginia, he was undefeated in six games at Florida in 2015 but was pushed out of the program by Jim McElwain following a positive PED test.

Honestly, I don’t think there is one succinct answer. Each of these guys faced different circumstances that led to their departures. I’m not so sure it’s as easy as calling all of this just bad luck.

Newton and Grier probably stay at Florida if the culture in both scenarios is different. Urban Meyer didn’t exactly run a tight ship on campus and neither did McElwain judging from numerous player run-ins with the law and the credit card fraud scandal during his tenure. Stealing laptops and testing positive for steroids shouldn’t happen.

Brissett, a four-star QB out of high schoo, and Driskel, the top QB out of high school, encountered a terrible coach in Muschamp, who clearly didn’t know how to get the most out of his quarterbacks. He went 28-21 in his three-plus years. Where he was a genius defensively, he was inept offensively.

I think those two factors are changing under current coach Dan Mullen. He constantly preaches upholding the Gator standard and expects his players to do the same. He’s turned Feleipe Franks into at least a decent SEC starting quarterback after much of the fan base was ready to send him to the guillotine following his first year.

With Will Grier getting drafted last night, I believe that's four #Gators expat QBs drafted since the end of the Tebow era. And 0 QBs actually drafted out of Florida since then.

Maybe the most apparent reason Florida’s quarterbacks haven’t succeeded since Tebow is because they’re unfairly compared to Tebow the minute they take their first snap. Fans expect every one of them to be the next Heisman Trophy winner when that only puts unfair pressure on them. Plus, development takes time.

Just look back to this past season. Franks had to essentially tell fans to shut up at one point. Fans should be supporting the kid, not hurting his confidence by screaming that it’s #TraskTime after one bad half of football.

Whatever the variety of reasons are, Florida’s timing with talented quarterbacks has been less than ideal. But changing that starts with coaching, and Mullen has a proven track record of turning college quarterbacks into NFL-ready prospects. Maybe the 2019-2020 season will be the year the Gators finally break out of this funk they’re in.