The Georgia Bulldogs have been been on top of the College Football world ever since Kelee Ringo's pick-six sealed their 2022 National Championship win over Alabama. After starting the season ranked behind the team they beat to become defending champs, Georgia has cruised through their schedule and are now faced with their first true test of the season: a red-hot Tennessee football team.

While it feels like the Volunteers have been in the cellar for a while now, Hendon Hooker's Vols are a breath of fresh air. And while these two teams have a lot of prove in 2022, they also have some incredible shared history and spectacular moments, like Sean Jones' Scoop & Score touchdown from 2003.

A Little Bit of Bulldog Magic 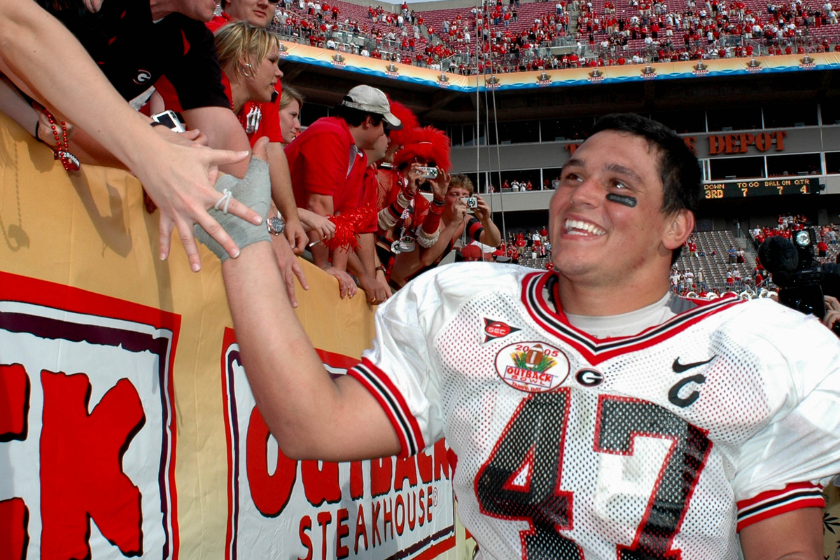 RELATED: David Pollack's Strip TD Made Him A Georgia Legend

The Bulldogs led 13-7 just seconds before halftime thanks to two Billy Bennett field goals and a Greene touchdown. Tennessee's offense lined up on third-and-goal at Georgia's one-yard line looking to take the lead.

UT quarterback Casey Clausen muffed the handoff to the running back, and it squirted away. As UGA defenders frantically dove for the ball, safety Sean Jones scooped up the fumble and returned it more than 90 yards for a touchdown. Because he picked it up at the eight-yard line, it officially went down as a 92-yard touchdown. The entire play, however, was a 99-yard effort.

Needless to say, Tennessee fans felt like they were punched in the gut. The Vols went from potentially taking the lead at the end of the first half to a 13-point deficit once the second quarter was finished. Georgia kept pouring it on afterward, and Tennessee never mustered a comeback. 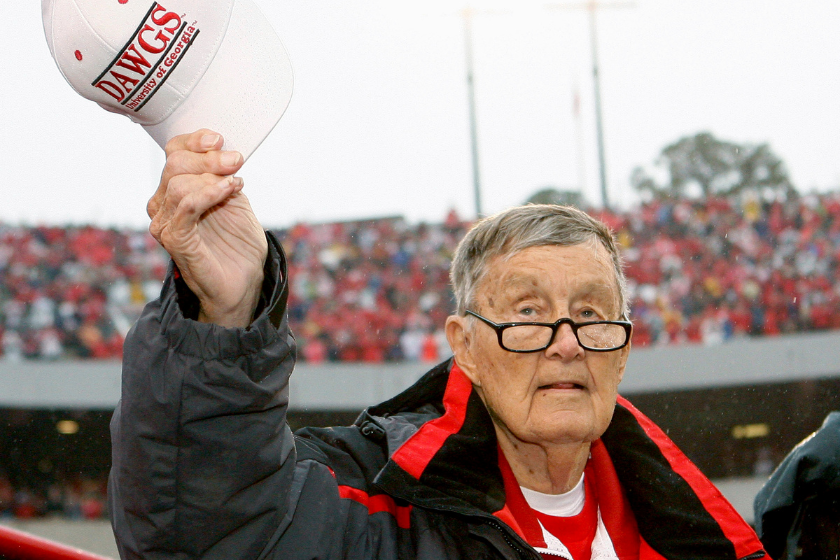 Munson called play-by-play for Georgia games for more than 40 years, and there's no doubt this call was one of his finest pieces of work.

"Will Tennessee hurdle a line? Will Tennessee just dump a little dink pass in the end zone? Will Tennessee run a toss sweep? Goal line defense. Seven seconds. A fresh back in there. Jabari Davis. Watch him hurdle, let's see if that's what they do," Munson said, setting up the play.

I mean, you just can't do it any better than Larry Munson.

Georgia had one loss up to that point, a loss to LSU on the road. The Bulldogs went on to lose to Florida, then defeat Auburn and Kentucky before losing to LSU yet again in the SEC Championship game in Atlanta. They finished the season 11-3 after downing Purdue in the Capital One Bowl.

Sean Jones wrapped up his NCAA career by earning first-team All-SEC honors in 2003. He was drafted in the second round of the 2004 NFL Draft by the Cleveland Browns and spent eight years in the league.

As recently as 2014, Jones was back in Athens taking classes. He'll forever be remembered for this iconic Georgia play, though.

This article was originally published on August 11, 2020, and has been updated since.