Charles Barkley Singing Georgia’s Fight Song Was Anything But Glorious 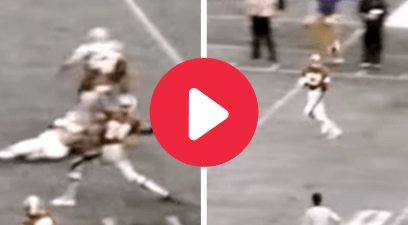 Former Auburn basketball player and NBA Hall of Famer Charles Barkley lost a bet that caused himself embarrassment on national television. Not just because he has a terrible (or as he says it, “turrible”) singing voice, but because he sang a rival school’s song.

Barkley, a NBA analyst for Turner Sports, made a bet with co-host Ernie Johnson, who is a University of Georgia grad. The two bet on the Auburn-Georgia outcome, and obviously Georgia won the game 34-7 in 2014.

So on Inside The NBA, Barkley had to sing the Bulldogs fight song, “Glory, Glory.” It was awful and glorious (but mostly not glorious) at the same time. He also got Shaq, an LSU legend, and Kenny Smith to be his backup dancers.

The whole thing is hilarious. Check him out singing in the video above.

The best part, though? When he sings “to hell with Auburn!” Auburn fans may have a tough time watching this one, but I’m sure UGA fans love every bit of it.

This post was originally published on November 21, 2014 but Barkley’s voice is always a treasure.