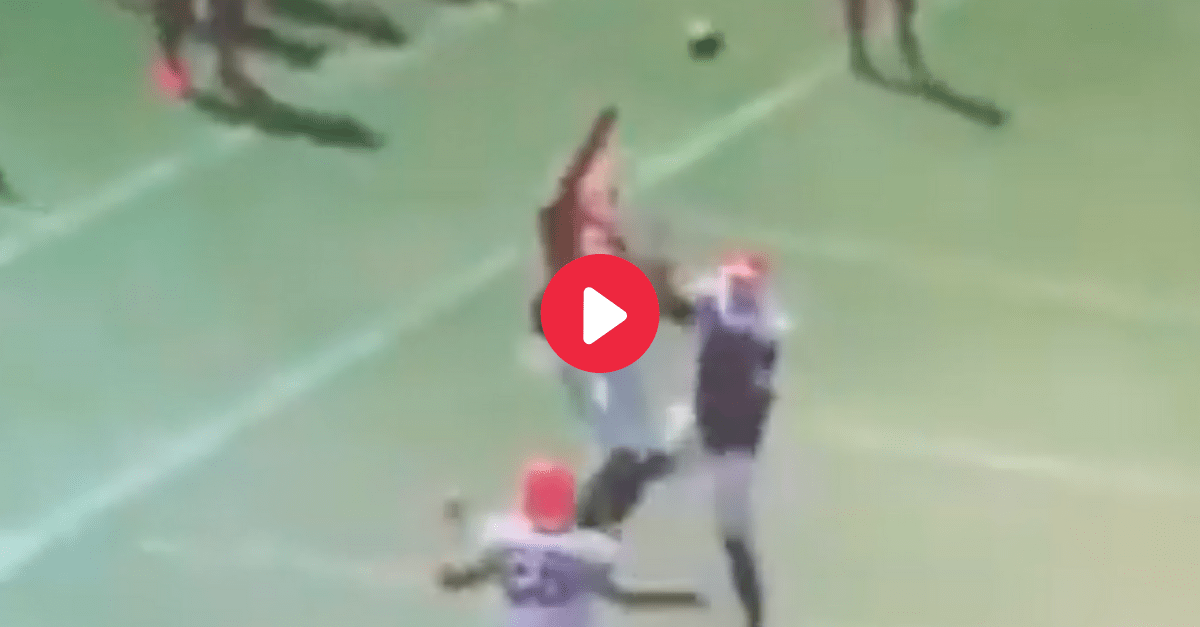 Georgia Bulldogs freshman wide receiver George Pickens is going to be special. Sure, he hasn?t played a college football game yet, but he?s as talented as it gets. The SEC better get ready because a play he made in practice proves he?s going to give defenses fits in the coming years.

During a scrimmage, redshirt sophomore quarterback Stetson Bennett threw a pass toward Pickens, who was headed for the sideline. The pass was a little high, which wasn?t a problem, but it was a little behind the 6-foot-3 freshman.

Turns out, that wasn?t a problem either because Pickens made a ridiculous catch that would make Odell Beckham Jr. blush.

UGA fans, get ready to watch this eight-second clip a few dozen times.

There?s no doubt the Georgia Bulldogs and head coach Kirby Smart have a stacked roster, especially offensively. Quarterback Jake Fromm is a stud. Running backs D?Andre Swift and Zamir White are NFL-level talents. There?s a lot of speed at the wide receiver position, too.

Adding a playmaker like George Pickens to the mix is scary. The consensus five-star prospect (No. 24 recruit nationally, via 247Sports) is a complete game-changer with a lethal combination of size and speed. His high school highlights will make your jaw drop, too.

The Hoover, Alabama native already gave the Auburn Tigers fits when he flipped his commitment on National Signing Day, but he?s put the rest of the league and the entire NCAA on notice after making a one-handed catch that doesn?t seem possible the first few times you watch it.

This offseason and preseason hasn?t all been good for the Bulldogs. Wide receiver Jeremiah Holloman was kicked off the team and linebacker Brenton Cox transferred to rival Florida, to name a couple.

The Bulldogs are looking to replace the production of NFL draft picks Riley Ridley, Mecole Hardman and Issac Nauta, and it looks like they are in great shape with WR George Pickens.