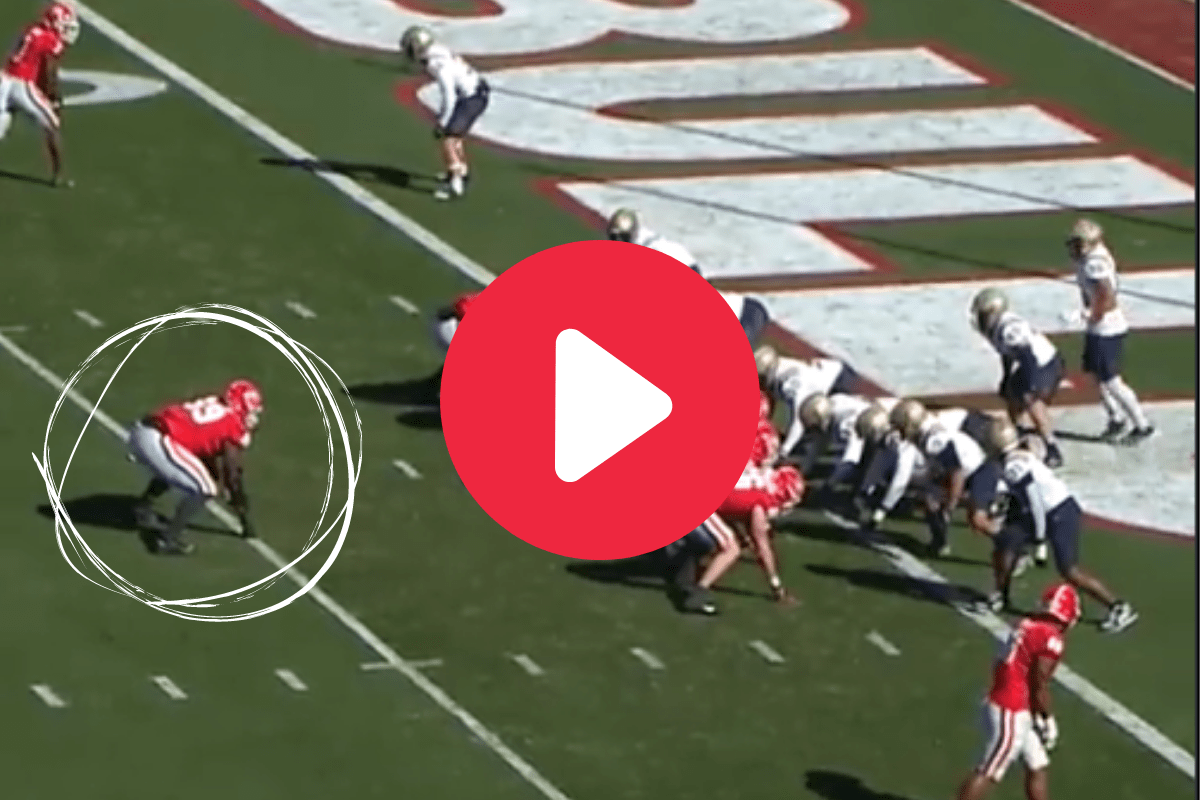 Chris Berman said it best when describing a big man touchdown. His voice carried as much power and excitement as a lineman does when he gets an opportunity to touch the ball.

Unfortunately for us, Berman sticks to the NFL, so his voice wasn’t heard on the call when Georgia defensive lineman Jordan Davis bulldozed his way into the end zone against Charleston Southern. Luckily for us, Boomer’s trademark calls are ingrained in every football fan’s brain and can be channeled in urgent situations such as this one.

It’s exactly what I did when I saw Davis punch it in.

RELATED: Georgia’s Star LB is an All-American Student, And His Report Card Proves It

It’s a well-known fact that it just means more in the SEC. It’s why the conference schedules the games that mean the most in mid November. Florida took on Samford. Alabama squared off against New Mexico State. Texas A&M went toe-to-toe with Prairie View A&M. Say what you want about the toughness of the SEC, the toughest games are where coaches reach into their bag of tricks.

For Georgia head coach Kirby Smart, he lined up his All-American defensive tackle at running back to close out the opening drive of the game against the Buccaneers.

The Bulldogs were on the one-yard line. Davis was lined up at tight end before quarterback Stetson Bennett called a pre-planned audible. The 6-foot-6, 340-pound defenseman moved into the backfield and got down in a locked-and-loaded three-point stance. The Sanford Stadium crowd knew what was coming. Bennett took the snap and handed it off to the big man. He powered his way across the goal line for the first score of the game.

Jordan Davis over the top for a 1-yard touchdown pic.twitter.com/6h4sRDfgS1

Davis’ touchdown carry was a well-deserved senior-day reward for the impact he’s had on the defensive side of the ball this year. In 10 games, he’s recorded 23 tackles and two sacks. Stats aside, Davis’ presence is his most valuable asset. I would compare it to Los Angeles Rams stud Aaron Donald.

The Georgia star’s remarkable season has even put him in the Heisman Trophy conversation, and a rushing touchdown will only help boost his resume.

Smart will keep his newest ball carrier in his backpocket as the Georgia Bulldogs head to the SEC Championship and the College Football Playoff. I’m going to go out on a limb and say there isn’t anyone in college football who could stop Davis in a short-yardage situation.