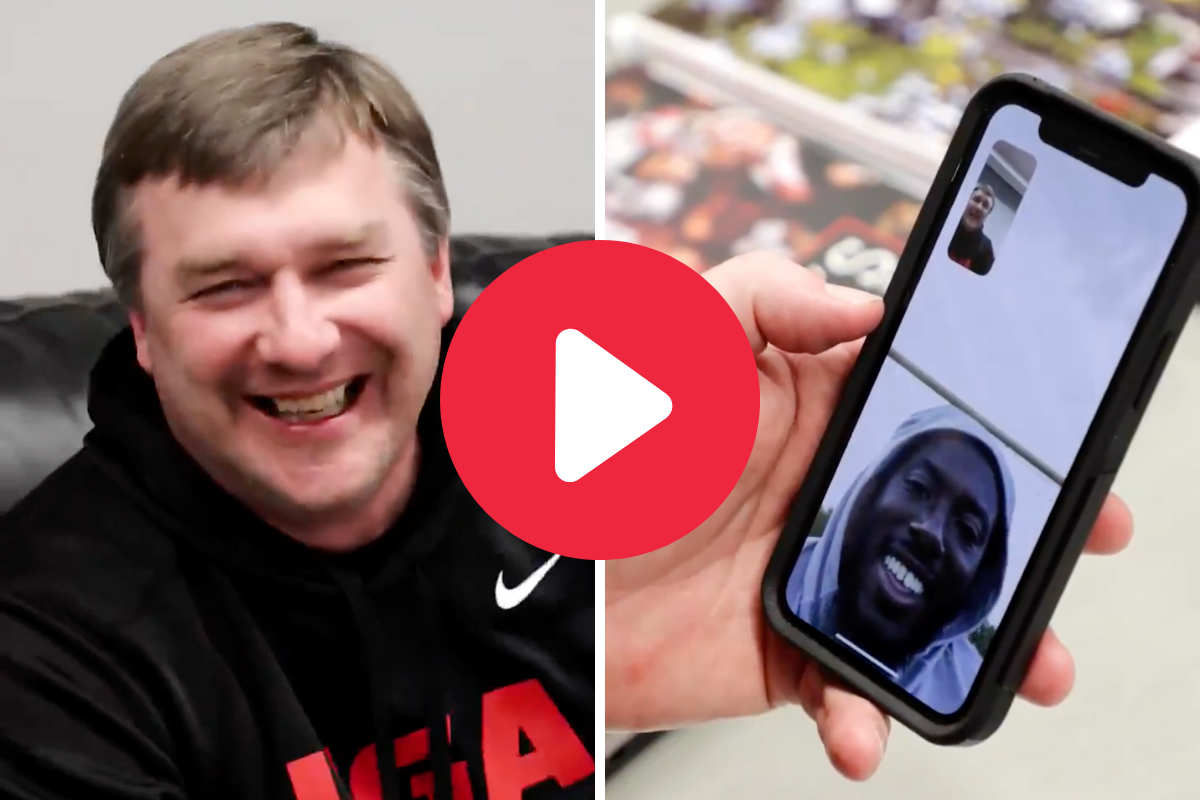 Georgia Bulldogs head coach Kirby Smart is a busy man in the offseason. He’s reeling in 4-star running backs with NFL comparisons, 300-pound defenders and 5-star linebackers in hopes of building on last year’s No. 1 recruiting class and getting UGA back to the College Football Playoff.

Smart probably makes hundreds of calls each day, and as we found out from social media not all of those calls are serious. Kirby participated in the “I’m Busy” FaceTime Challenge on TikTok and prank called a bunch of University of Georgia greats.

The 45-year-old couldn’t help himself from laughing like a little kid.

The challenge is simple. Call someone on FaceTime and then say you’re busy and you have to call them back (confusing them into thinking they called you). Record the reaction and let it blow up on social media.

The best reaction may have come from former star defensive back Richard LeCounte.

“What happened?” LeCounte says with a baffled look. “Why’d you call me and tell me you gotta go?”

Kirby Smart has shown time and time that he’s not some boring dude in charge of Georgia football. He has fun shooting hoops with his kids and even smokes them in footraces on the beach.

Big summer V I B E Z with @KirbySmartUGA 🌴

🔴 For more check out @footballuga on TikTok 🔴#ATD #GoDawgs pic.twitter.com/dPZcREGiYH

Smart keeps things loose with his current and former players. Maybe that’s why Georgia has found so much success under him.