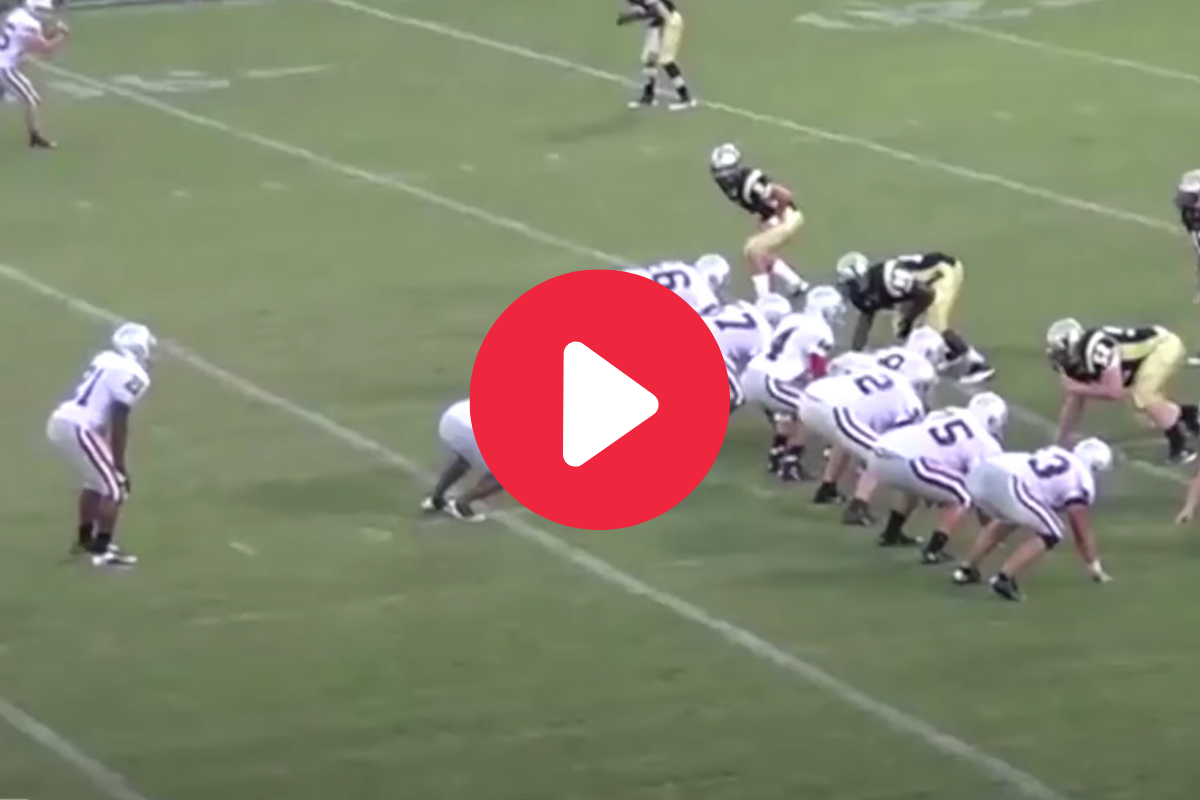 Nick Chubb is one of the best running backs in the NFL. It may not be surprising to hear that the current Cleveland Browns star and former Georgia Bulldogs standout was heavily recruited based on his play in high school.

His highlights accentuate the skills that he would become known for years later.

Nick Chubb was the lead rusher for Cedartown High School for his entire tenure on the varsity team. As these clips indicate, he was entirely deserving of that role. He was impossible to bring down and had too much speed to beat in a race to the end zone.

The very first run in this video is the most impressive. He was brought down behind the line of scrimmage twice and still found a way to break tackles and reach the end zone.

In his high school career, Chubb ended up with nearly 7,000 rushing yards and a school-record of 102 touchdowns.

In addition to his work on the football field, he was also a track star who competed in the 100-meter dash, long jump, and even won a state title for shot put.

After being deemed a five-star prospect, Chubb committed to the University of Georgia, where he would jump from the Cedartown Bulldogs to the more notable Bulldogs of Athens.

Rival SEC teams like Auburn, Florida, Kentucky, Missouri, and South Carolina all attempted to recruit him, but Chubb chose to stay close to home.

Chubb made his presence known in the NCAA immediately. In his freshman year in 2014, he rushed for 1,547 yards and reached the end zone 16 times.

A 2015 knee injury suffered on the sidelines against Tennessee threatened to derail his career, but he was able to return and rattle off two more great campaigns.

The Bulldogs reached the College Football Playoff in 2017, and the running back duo of Chubb and Sony Michel was a big reason why. The team beat Oklahoma in the Rose Bowl but lost to rival Alabama in overtime in the national title game.

After four years and 44 rushing touchdowns, Chubb left for the NFL.

Nick Chubb in the NFL

Nick Chubb's best play from every game in 2019! @NickChubb21 pic.twitter.com/QLm6LjECak

Nick Chubb was taken by the Cleveland Browns in the second round of the 2018 NFL Draft. The Browns, of course, have struggled for decades, but those years of misery may fade. Chubb and quarterback Baker Mayfield are letting their play change the franchise’s narrative.

The running back impressed as a rookie in 2018 and was named to his first Pro Bowl the next year. Chubb may not be as physically imposing as Derrick Henry, but he deserves praise for his speed and ability to be the centerpiece of an offense.

The Ravens and Steelers have to be worried about facing him two times per season for years to come.

Nick Chubb is doing things only LEGENDS have done!

From the day his NFL career began, Nick Chubb has been a valuable asset for the Cleveland Browns. The running back from Cedartown High School’s football team has lived up to the hype every step of the way.