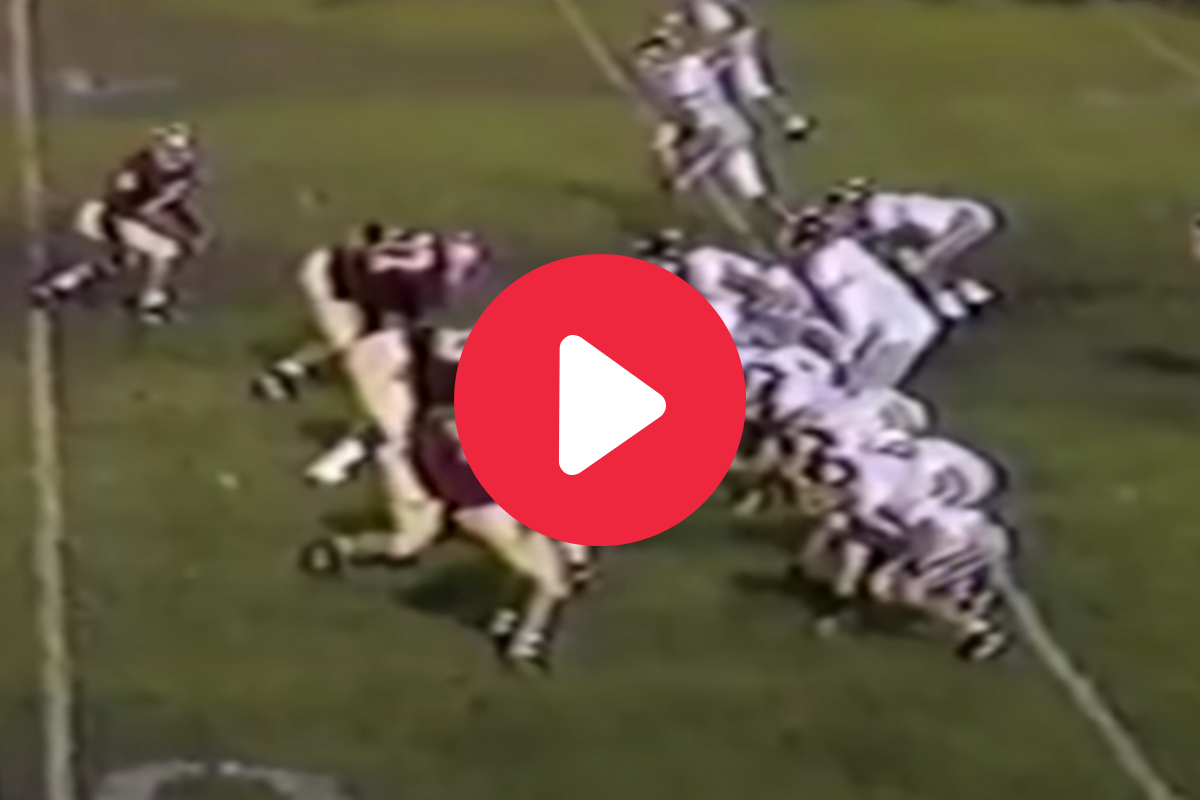 It’s fair to say that the legend of Tom Brady is familiar to most everyone by now, whether they are a football fan or not.

The sixth-round NFL Draft pick out of the University of Michigan has become one of the best quarterbacks in NFL history and led the New England Patriots to win six Super Bowl rings.

How did he fare in high school football in California?

Brady played for the football team at Junipero Serra High School in San Mateo, California, a city near San Francisco. He took over the starting quarterback position during his junior year and became known for his arm and high levels of football IQ.

In his high school career, he threw for 3,514 yards and 33 touchdowns. In most cases with future NFL stars, they were able to will their team to the playoff games and state championships, but Brady had a different story. Over two years, the Padres went 11-9 and failed to reach the postseason at all.

Watching the tape, Brady’s physical traits do not stand out much, but his signature quick release is apparent. He frequently found wide receiver John Kirby, and the two formed a nearly telepathic connection. Kirby is now an assistant Athletic Director at the school.

Brady is still close to his high school football program. After winning the Super Bowl MVP for the first time, he went to San Mateo to speak with students, and when he won his second, he donated the car that came along with the award to the school.

Brady was also an impressive baseball player. He was drafted by the Montreal Expos in 1995 but chose to stay on the gridiron and play college football for the Wolverines, where his legacy would only grow.

The alternate timeline of Brady making the MLB is interesting to think about because many around the game believed he could have been a star catcher. San Mateo counts Barry Bonds and Lynn Swann as alumni, too. There must be something in the water over there.

Brady had an impressive run at Michigan, but he was not dominant, by any means. He ended his time there with 30 touchdowns and 17 interceptions.

Those numbers may not stand out, but head coach Bill Belichick saw enough potential to take a flyer and take Brady in the 2000 NFL Draft.

Tom Brady in the NFL

The New England Patriots will forever be indebted to Brady, and vice versa. Together, they dominated the league for nearly two decades.

To date, he has been selected to 14 Pro Bowls and has three MVP awards. A quarterback’s win-loss record isn’t everything, but 219 total regular-season wins for one team is an eye-popping number.

In his time as Patriots quarterback, he threw for 541 touchdowns and beat the St. Louis/Los Angeles Rams, Carolina Panthers, Philadelphia Eagles, Seattle Seahawks, and Atlanta Falcons to win six Super Bowls. His matchups against AFC rivals like the Baltimore Ravens, Denver Broncos, Indianapolis Colts, and Pittsburgh Steelers were appointment viewing as the CBS Game of the Week for years.

After the Deflategate scandal, Brady was suspended for four games to start the 2016 season, but the Patriots only continued to succeed after that blip. After a loss to the Tennessee Titans in a Wild Card playoff game, Brady became a free agent and started a new challenge.

In March 2020, Brady signed with the Tampa Bay Buccaneers, and he has yet to show any signs of aging. Now reunited with tight end Rob Gronkowski, Brady and the Bucs are attempting to supplant the New Orleans Saints for NFC South supremacy.

At 43, Brady doesn’t have anything to prove; he is already a surefire Hall of Fame quarterback.