ESPN’s College GameDay is Headed for Georgia vs. Notre Dame 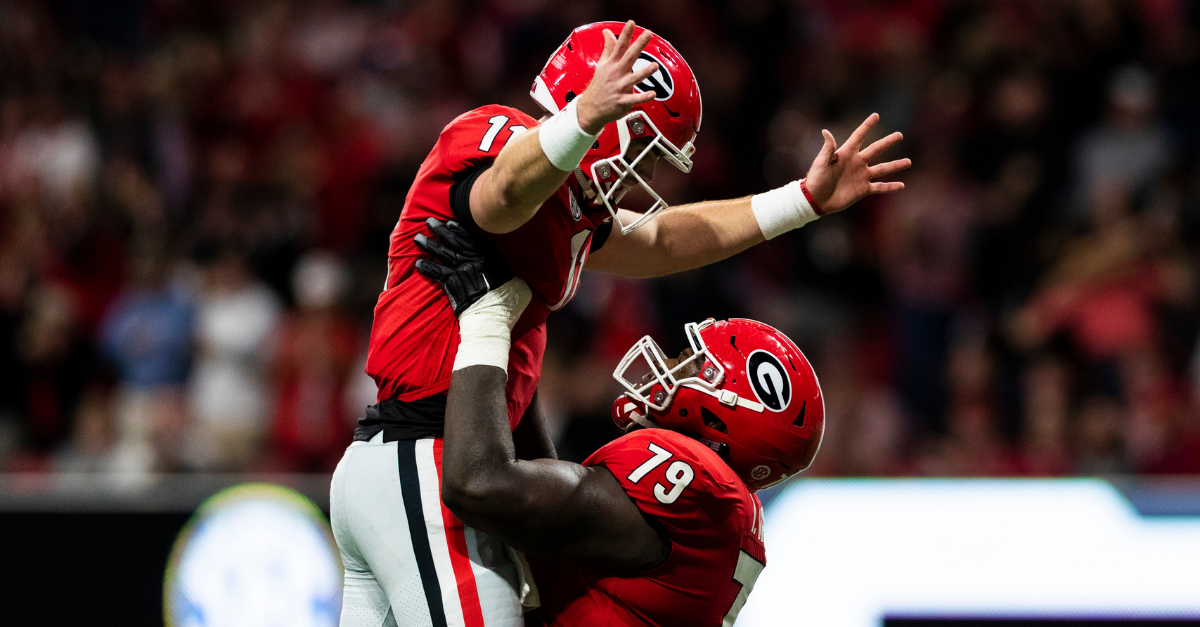 When you match two college football powerhouses up during the non-conference slate, amazing things happen. The first four weeks of 2019 ? from Florida vs. Miami to Auburn vs. Oregon to LSU vs. Texas to Iowa vs. Iowa State ? proved that. Conference play is approaching, but there?s time for one more big-time showdown, and it?s actually going to be bigger than ever before for one team.

When the Georgia Bulldogs traveled to face the Notre Dame Fighting Irish two seasons ago, it turned out to be an all-time classic. The 20-19 thriller between two nationally-ranked teams really set the tone for the rest of the regular season, and it?s about to do the same in Athens, Georgia on Saturday, September 21.

It?s also going to be a record-setting crowd at Sanford Stadium, thanks to the University of Georgia adding 500 extra seats ahead of the highly anticipated matchup.

Back in 2014, when the two teams agreed to play each other, the schools approved an 8,000 visitor ticket allotment, according to OnlineAthens. Notre Dame made it happen in South Bend, Indiana in 2017. Georgia, whose allotment capacity is 7,500, is making room to do the same.

That means the Georgia football crowd of 93,246 for the prime-time game on CBS will be the largest NCAA home game in the program?s history, and not an SEC game against Alabama, Tennessee, Kentucky, South Carolina or Texas A&M. A top-10 clash with Notre Dame.

?This is all due to our up-front request to maximize our seating block at Notre Dame (in 2017). They offered us 8,000 seats and we accepted it, even though we knew we didn?t have room for that many here. We knew we were taking a risk, but it was extremely important to us to get 500 more seats; 500 tickets is like gold to our fans. So, I wanted to be able to get as many as we could, and we?d figure it out later.?

This game day Between the Hedges is going to be rocking. Georgia fans are going to be fired up. Bulldogs head coach Kirby Smart will have his team ready. Notre Dame is out for revenge.

Oh, if it wasn’t a big enough game already, with NFL-level talent possible College Football Playoff implications, ESPN’s College GameDay will be there for its pregame show, too.

From the student section to the upper deck to the sidelines, the Notre Dame game is going to have a championship game feel, and kickoff will be one giant party unlike anything in Athens ever before.