Texas vs. LSU is College Football’s Most In-Demand Ticket of 2019 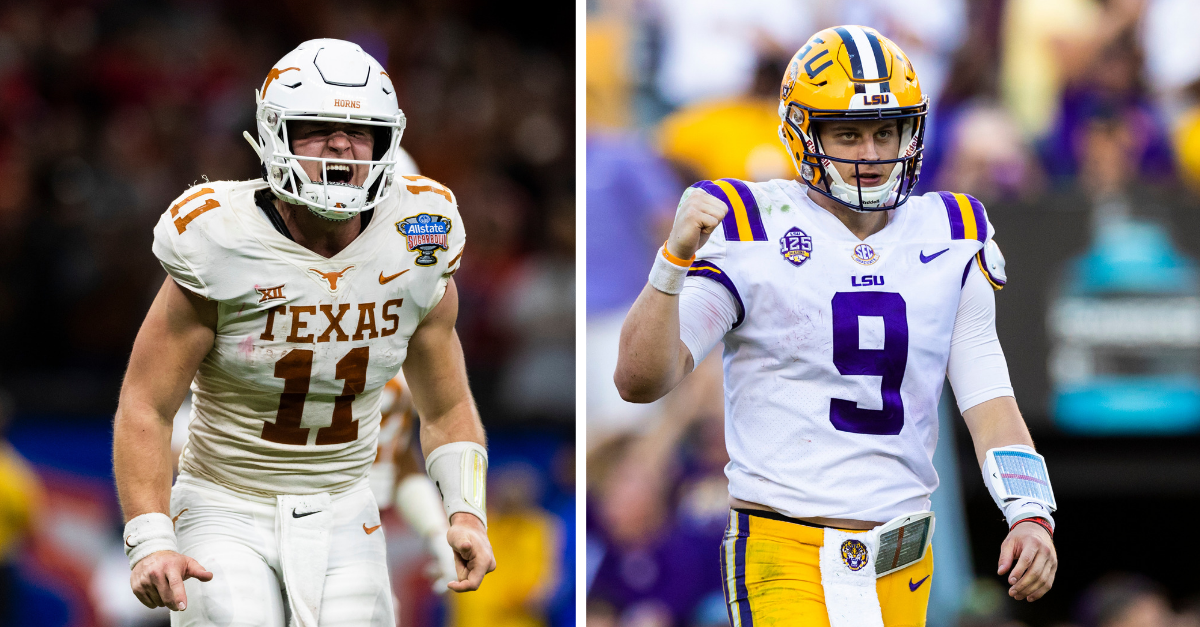 College football is back, baby! The long offseason is gone and games are underway. It?s time to get ready to load up the truck and fire up the grill for another exciting college football season. First order of business, however, is to secure tickets to the big game.

Normally, that?s not a problem. There?s almost always some decent seats in stadiums across the country at an affordable price. Yet, when you get two nationally-ranked teams against each other in a rare matchup, the cost of college football tickets skyrockets to absurdity.

That?s what happened for the Texas-LSU game on Saturday, September 7 at Darrell K. Royal ? Texas Memorial Stadium in Austin, Texas.

According to a new StubHub report, via Saturday Down South, the top-10 game in Week 2 is the most in-demand ticket of the entire college football season. That?s pulling ticket sales data through the middle of August 2019.

To get in the stadium on what will be a complete scorcher outside, the lowest price is well over $300 before fees. The average ticket price is eye-opening and more than some NFL games last year. And in a stadium like DKR, you might as well ball out and buy some good binoculars so the players don?t look like ants.

Most In-Demand College Football Game Tickets for 2019 (In Order)

Additionally, StubHub, an online ticket exchange company, labeled the Michigan Wolverines, which play their NCAA football home games at Michigan Stadium in Ann Arbor, as the most in-demand college football team this year. According to mlive.com, it is the fifth time in the past six seasons that the Wolverines hold the top spot.

Most In-Demand College Football Teams in 2019 (In Order)

It?s no surprise to see a lot of SEC teams here. Nor is it surprising to see some Big Ten rivalry games make the most in-demand games list.

The road to the College Football Playoff National Championship Game starts now, but if you want to go to some of the biggest games of the season, get ready to open up the wallet in a big-time way because ticket prices are going to be a little outrageous.