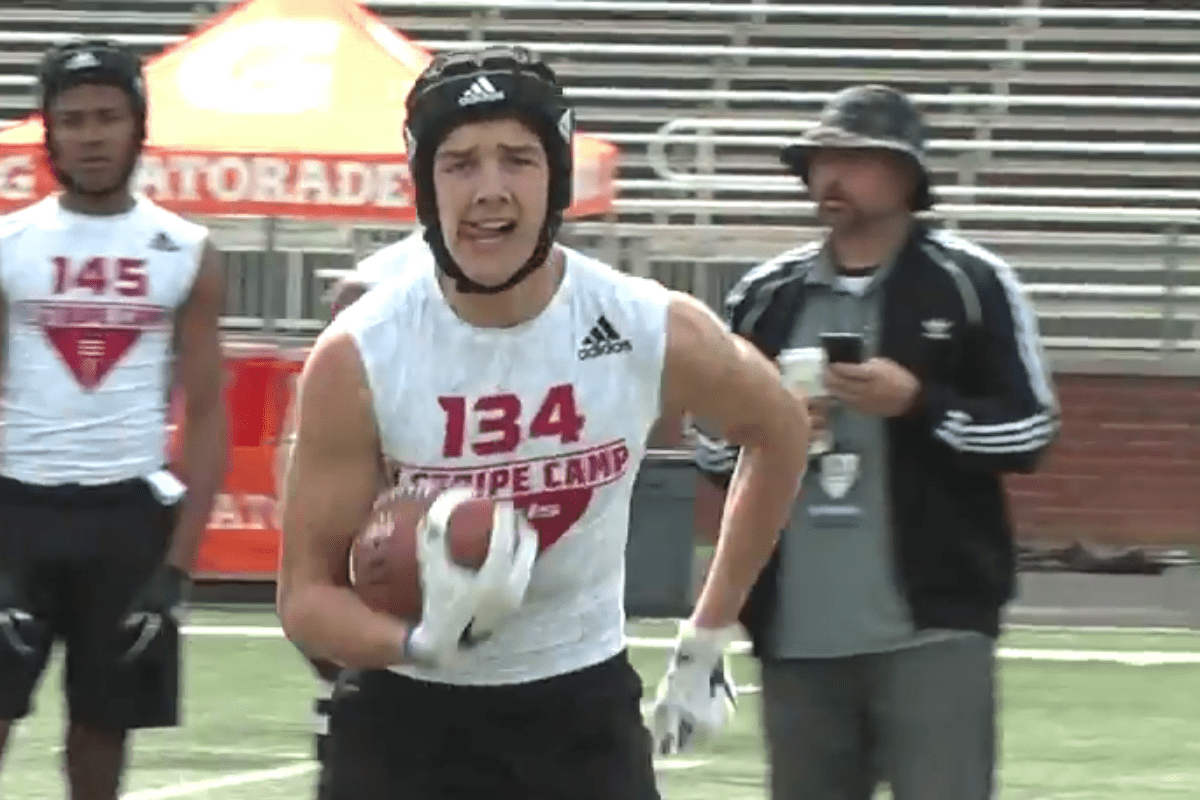 Jake Johnson is a four-star tight end prospect and plays for Oconee County High School in Bogart, Georgia. To no surprise, some of the nation’s top college football programs were after him.

RELATED: Ed Orgeron Inks Louisiana’s No. 1 WR for Next Year

The LSU Tigers had the advantage over all of these schools for one big reason: the team signed Jake’s brother, quarterback Max Johnson, in 2020.

LSU’s football recruiting has been exceptional in recent years, and it’s staying on course with the commitment of the four-star tight end

The Tigers have the third-ranked 2022 recruiting class in the country.

At 6-foot-5 and 225 pounds already, Jake Johnson has the size and speed to succeed in the NCAA. He looked great at preseason showcase tournaments, and that has translated to his on-field results.

In his high school career, he has hauled in 25 touchdowns. He also gets reps as a linebacker on defense, but his future is at tight end.

247Sports currently tabs him as the top tight end in the entire 2022 class. He has shown an ability to be his team’s primary offensive target, but at LSU, that pressure won’t be nearly as evident as it is for his high school team.

Being able to catch passes from his brother at LSU will be heartwarming. The Johnson connection should create a huge passing threat for the SEC West program.