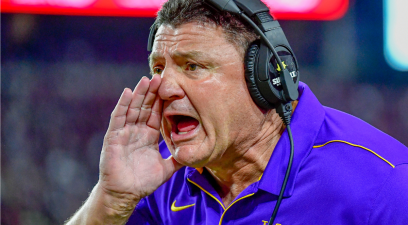 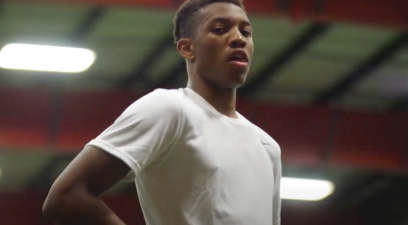 Tyrann Mathieu put up video game numbers at Louisiana State University. As a true freshman, Mathieu was named Most Outstanding Defensive Player of the Cotton Bowl after seven tackles, two forced fumbles, one fumble recovery, an interception, and a sack. As a sophomore, the 2011 SEC Defensive Player of the Year was a unanimous First-Team All-American, Bednarik Award winner, and finished fifth in the Heisman Trophy voting — He was the first defensive player invited to New York since Charles Woodson in 1997.

Mathieu’s dismissal the following season for violating team rules prematurely ended one of the greatest college careers the LSU football program had ever seen. Regardless, Mathieu’s 11 forced fumbles in two seasons are tied for seventh in FBS history, and his legacy as a tenacious safety followed him into his NFL career.

No offense to the “Honey Badger,” but his legacy pales in comparison to current LSU quarterback Joe Burrow’s.

A tribute to this great state and university. Death Valley, where opponents dreams come to die… but where mine came true https://t.co/lGLyAkBLAG

Smashing SEC records is one thing, but the Heisman Trophy finalist and frontrunner is Baton Rouge’s favorite, adopted son. The graduate transfer from Ohio State came to LSU hoping for his shot, and boy, did he capitalize in a big way.

Burrow will likely hoist the Heisman Trophy on Saturday night and solidify himself as an LSU Tigers legend. Before that, who better to narrate his hype video than one of the players who built Baton Rouge into ‘DBU’ and made the trip to New York himself?

He Has Set College Football Off

A Name You Will Never Forget pic.twitter.com/PN7cif69v2

“Icons are timeless. Their star never fades. Their swagger transcends generations. Every icon is different. He’s a story unto himself; He writes his own story. He creates his own future. And once you see him, he stays with you forever.

“Welcome to the club, Joe.”

Only one thing is missing from that resume: Heisman Trophy winner.