‘SEC on CBS’ Coming to End, Likely Moving to ESPN/ABC 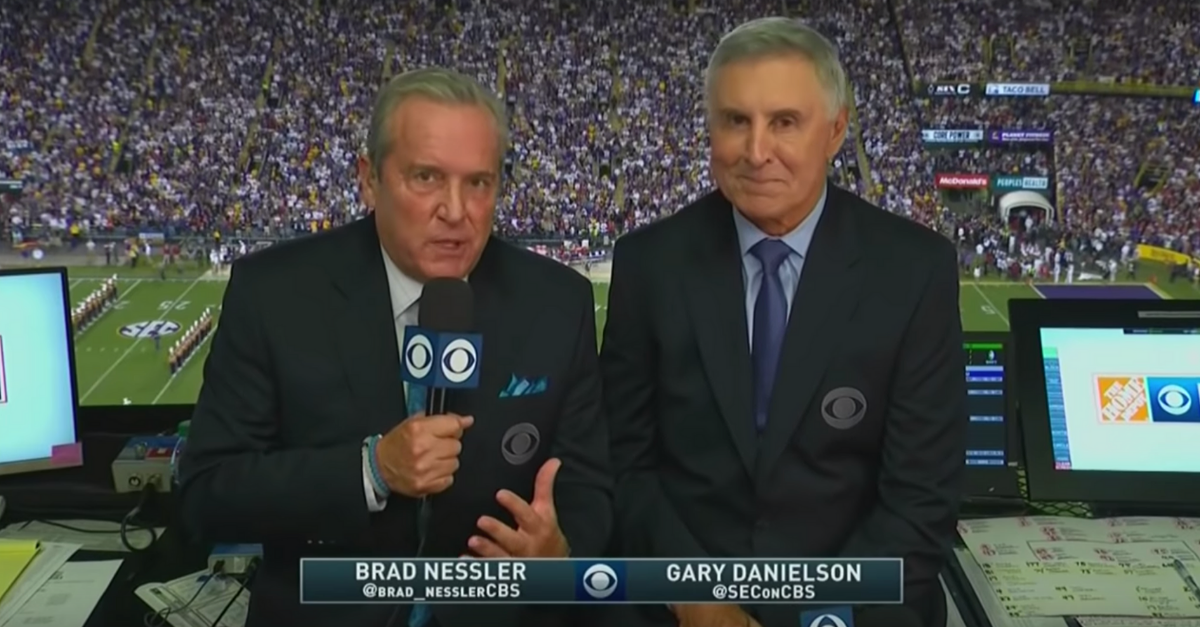 Ask fans outside the Southeastern Conference, and you’ll hear the same sentiments about the SEC football brand. Yes, the league is dominant, but many in Big Ten country, Pac-12 country and beyond believe other conferences are unfairly overlooked, especially because Disney-owned ESPN has exclusive rights to air the College Football Playoff, which runs through the SEC every year. Some fans think the SEC’s success directly relates to ESPN, and many of those same people are going to be furious when CBS’ contract with the conference ends.

As first reported by Sports Business Journal, CBS is ending its pursuit of a new deal with the conference. The current agreement, which ends after the 2023 football season, costs about $55 million per year to air 15-17 conference games, including the SEC Championship Game. SBJ reported that the next contract will be a massive increase costing over $350 million per year, and CBS doesn’t feel that price would be worth the massive commitment.

“We made a strong and responsible bid,” CBS Sports PR department told SBJ in an emailed statement. “While we?ve had success with the SEC on CBS, we are instead choosing to aggressively focus on other important strategic priorities moving forward.”

With CBS bowing out, it’s reported that ESPN and is “in the final stages” of negotiating a deal to exclusively own the rights to college football’s most-watched conference games.

NEWS: CBS exits talks w/ SEC. College football's highest-rated package probably going to Disney. SEC will make $250M-$300M more per year from premium package of 15 games. That means a raise of close to $20M per school or more whenever the new deal begins.https://t.co/96ErRupEXN

The broadcast team of Brad Nessler and Gary Danielson have called the ‘SEC on CBS’ game, which dominates college football’s afternoon viewing window. The network’s SEC game of the week was the highest-rated college football game on any TV package for the 11th-straight year in 2019, and CBS reported 7.103 million viewers season-to-date following the SEC title game, which was the most for the network since 1990.

If ESPN and ABC secure this massive bid, the network’s power to broadcast multiple, high-profile SEC teams in one day would give them unprecedented power on Saturdays.

On top of that, all but five college football bowl games already air on an ESPN network.

It’s unclear if ESPN’s deal would include the rights to SEC Network’s football coverage, however.

I’m told ABC/ESPN has officially won bidding to take the SEC game of the week away from CBS. Negotiations now focused on whether ABC could buy out any of the four remaining years CBS has left on their deal. Huge win for ABC/ESPN. Price will be over $350 million a year.

CBS intends to expand its broadcast packages with other sports, including deals with the UEFA Champions League, PGA Tour, and upcoming negotiations to continue broadcasting NFL games on Sundays. CBS is expected to continuing airing SEC games until its current football rights expire, unless a buyout agreement is reached.

Like it or not, it appears like a whole lot more SEC football on ESPN networks is coming in a few years.