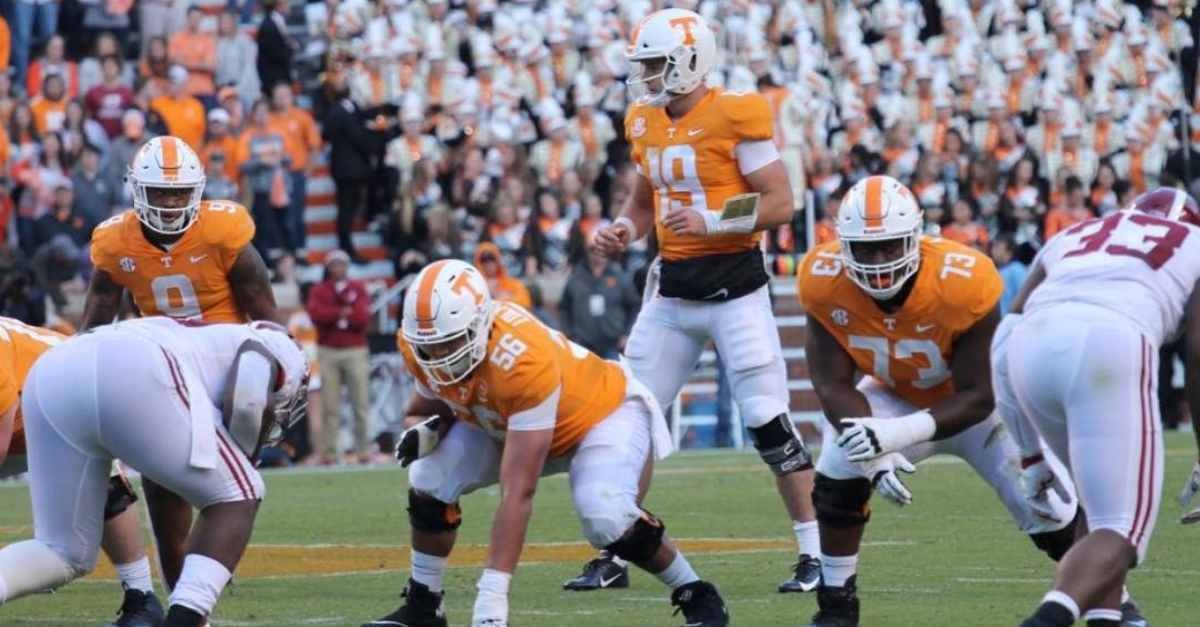 As the college football season nears November, bumps and bruises from the long year begin to mount and having a full roster of healthy bodies gets harder to manage. When an elite player is sidelined with something that is out of their control, that’s more frustrating for a young kid than any broken leg.

Tennessee Volunteers offensive lineman Trey Smith has been the best player wearing orange and white since he came to Knoxville last year. Smith was the only Tennessee football player named a preseason All-SEC selection in 2018, but the sophomore offensive lineman is being shelved indefinitely after recurring blood clots in his lungs were discovered.

From day one as a true freshman, Trey Smith been a trusted offensive pillar for the Volunteers and was growing into one of the best offensive players in the entire Southeastern Conference. Pro Football Focus College graded Smith’s freshman season at an 80.6, which was the highest of any offensive freshman in the SEC on his way to being named a freshman All-American.

Smith was rated as the No. 1 overall prospect by ESPN, and he was the fourth-best offensive tackle by 247Sports, coming out of the University School of Jackson in Tennessee in 2017.

After struggling to complete offseason workouts in February, Smith spent a few days in the hospital and was put on a six-month course of blood-thinning medication to control the blood clots. He missed all of spring practice and summer workouts before being cleared to return to football in August.

When team physician’s discovered the clots had returned, Vols head coach Jeremy Pruitt announced that Smith would be taking time off of football to focus on his health issues.

“The most important thing is for Trey to be able to get healthy. He has been an outstanding student-athlete during my time here on and off the field. Our sole focus for Trey is on his recovery. We are thankful that our medical staff discovered this and is getting him the proper treatment.” — Jeremy Pruitt, per ESPN

RELATED: The Best Hype Video of the Year is All About Neyland Stadium

Losing Smith is a huge blow at left tackle for a Volunteers team that currently ranks No. 92 in the country in both passing offense (209.9 YPG) and rushing offense (146.3 YPG).

Tennessee made it through the ugly part of their schedule after being trounced by Alabama, with five games remaining against South Carolina, Charlotte, Kentucky, Missouri and Vanderbilt. Sitting on a 3-4 record, they’re in striking distance of being bowl eligible, and not having their, arguably, best offensive player on the field isn’t going to help that cause.

Smith is expected to make a full recovery, and there’s no doubt that his highly anticipated return to the Volunteers’ sideline will be met with plenty of accolades in the future.