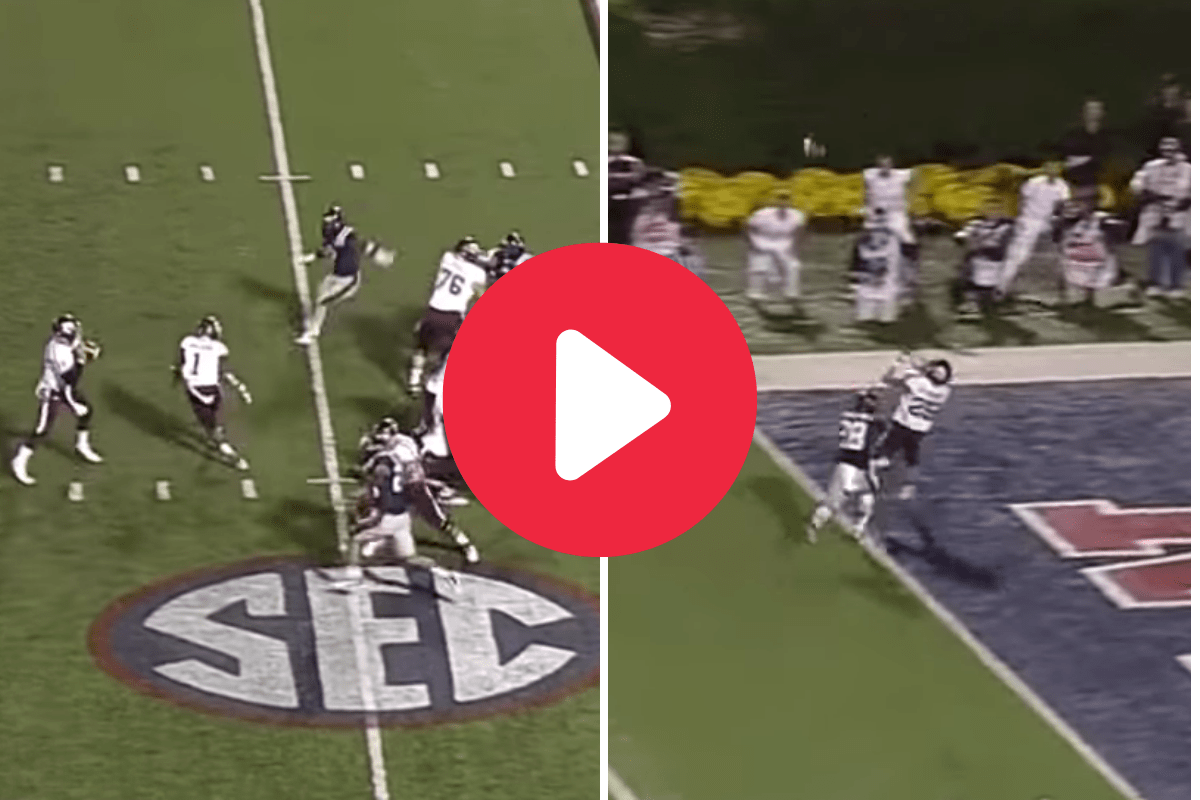 Love him or hate him, Texas A&M starting quarterback Johnny Manziel was freaking electric during his time in College Station.

Johnny Football’s highlight reel is filled with schoolyard-like plays, which is a big-reason he made college football so fun to watch.

Those plays worked well in clutch moments. Every TAMU fan under the sun remembers his performance against Alabama in Tuscaloosa, but what about his first Southeastern Conference road win?

The Ole Miss Rebels built a 27-17 lead at the start of the fourth quarter at Vaught Hemingway Stadium in Oxford, Mississippi.

Then, it was Johnny Football time.

Manziel cut the lead to four with a 29-yard touchdown run. The Aggie defense held up its end of the bargain by stopping a Mississippi run on a crucial fourth-and-inches.

Manziel got the ball back on Ole Miss’s 39-yard line. He fired a bullet to Mike Evans for a 12-yard gain.

A nine-yard run by running back Ben Malena put the Aggies in the red zone.

A dud option play hindered their momentum. That set up a third-and-three situation with the clock approaching the two-minute mark.

Manziel took the shotgun snap, dropped back in the pocket and threw a high-arcing touchdown pass to wide receiver Ryan Swope.

The redshirt freshman quarterback thrashed Arkansas the week before, and he did the same to Louisiana Tech the next week. This win wasn’t as attractive as those performances on the stat sheet, but it proved he had the clutch gene.

What a year 2012 was for the Aggie football program. They swept SEC West foes Ole Miss, Auburn, Mississippi State and Alabama on the road. Plus, Manziel obviously took home the Heisman Trophy.

Maybe those days aren’t too far away now that Jimbo Fisher is at the helm.