Mike Evans Was a Star HS Basketball Player, But Chose Football Instead 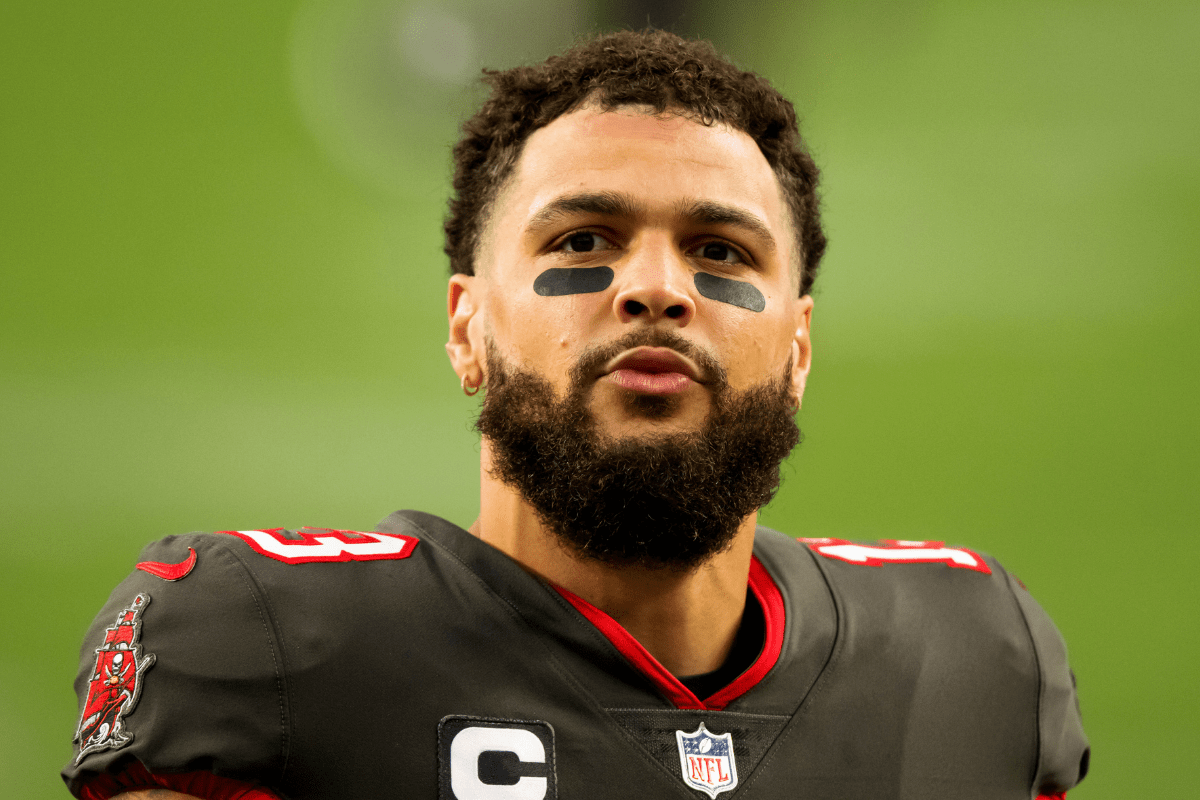 When Tampa Bay Buccaneers wide receiver Mike Evans is on the field, he is one of the most explosive football players in the league. His game-to-game statistics may be a bit inconsistent at times, but catching passes from Johnny Manziel, Jameis Winston, and Tom Brady has done wonders for his career numbers.

Believe it or not, Evans wasn’t highly recruited coming out of high school and was known more for his time as a basketball player instead.

Evans attended Ball High School in Galveston, Texas. He was the best athlete on the court night after night, and this highlight reel proves his dominance. In three years on varsity, he averaged 15.3 points per game and was named to his district’s second team.

While on the football team, Evans started to display some of the traits that he would eventually become known for: strength, speed, and the ability to burn cornerbacks at will.

During his senior year at Ball, he caught 24 passes and had a ridiculous 580 receiving yards to go along with six touchdowns. Evans was also utilized as a running back in certain formations.

Even though he was surely a talented basketball player, the gridiron became his primary passion, and the three-star wideout committed to play college football with the Texas A&M Aggies.

Mike Evans may have only played two seasons in College Station, but he certainly made his mark.

In his first year, he totaled 1,105 receiving yards, and the Aggies shocked Alabama by handing them an upset loss.

In 2013, Evans would perform even better: he scored 12 touchdowns, set the school record for receiving yards in a single game (287 against Auburn), and earned First-Team All-American and All-SEC honors.

Despite having two more years of eligibility, Evans declared for the NFL Draft and was ready to make an impact right away.

Mike Evans in the NFL

The Tampa Bay Bucs picked Evans in the first round of the 2014 NFL Draft. Being the seventh overall pick meant that expectations were high, and Evans made the investment pay off immediately. In his rookie season, he recorded three straight games of over 100 receiving yards. He was the youngest player to do so since a relatively unknown wideout named Randy Moss.

He has represented the NFC in the Pro Bowl three times and been named an All-Pro once, in 2016.

.@MikeEvans13_ would NOT be denied 💪 #GoBucs

Although it feels like Mike Evans has been in the league forever, he still has youth on his side. He has remained a sturdy presence in Tampa Bay for years and has shown no signs of slowing down anytime soon.

MORE: Johnny Manziel Scored 150 TDs in High School, And His Highlights Are Unreal