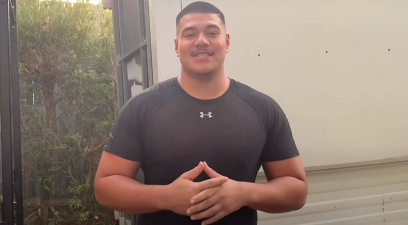 Dreyden Norwood is a fantastic football player. The four-star cornerback is ranked as the best player in the entire state of Arkansas and has a bright future ahead of him.

Despite his local ties at Fort Smith Northside High School, Norwood won’t be joining the Razorbacks. Instead, he signed with another SEC team: the Texas A&M Aggies.

The 247Sports Composite believed Norwood would end up in Fayetteville, but he clearly didn’t agree with that prognostication.

Jimbo Fisher has put together another solid recruiting class, and the Aggies will look to do some damage next season with the addition of tight end Dametrious Crownover and edge/outside linebacker Jahzion Harris.

The Fort Smith, Ark. native will be joining fellow four-star recruit Deuce Harmon and three-star prospect Tyreek Chappell in the secondary. He will get the chance to work with defensive backs coach TJ Rushing to flesh out the rest of his game.

Can Texas A&M beat Alabama? They have come close in recent years, but the Crimson Tide still the kings in the SEC. Recruits like Norwood will try to change that as well as beat rivals like LSU on a consistent basis.

Dreyden Norwood is an excellent defensive back, but he wasn’t limited to one side of the ball in high school. Norwood took reps at quarterback as well.

He brought the Northside Grizzlies to the playoffs thanks to his two-way ability, but he will be sticking at corner at the NCAA level.

Scouting reports suggest that Norwood is an excellent playmaker with solid agility, but he needs to get better in coverage. With that in mind, his NFL aspirations may not be an inevitable reality quite yet, but he still has plenty of time to improve. It also doesn’t hurt that Norwood has an NFL familial connection. His cousin, former Oklahoma cornerback Tre Norwood was selected by the Pittsburgh Steelers in the seventh round of the 2021 NFL Draft.

Dreyden Norwood has the makings of a solid starting cornerback for Texas A&M. If he can harness his potential over the next few seasons, he will become a fixture of the Aggies’ defense and rob receivers of ESPN highlights.