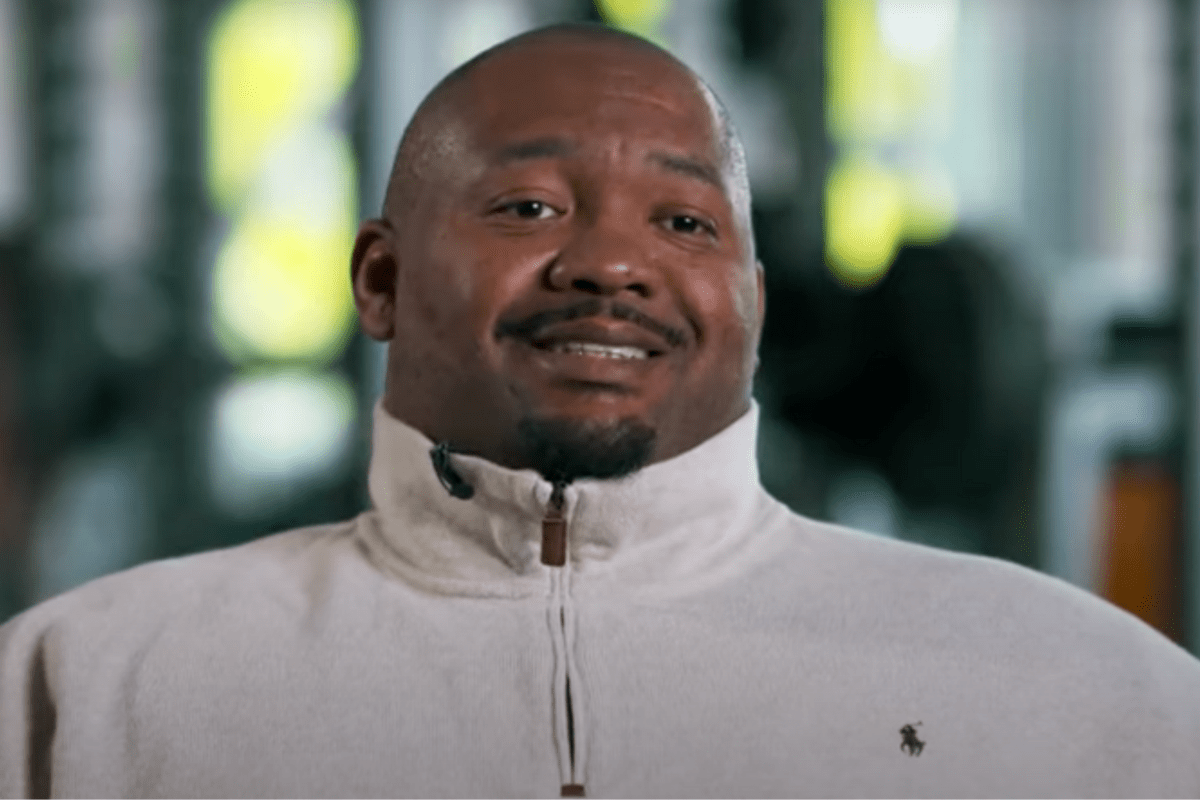 Football is won in the trenches.

The big fellas up front control the game. Offensively, it’s pushing to create holes for ball carriers and protecting the quarterback at all costs. Defensively, it’s tunnel vision aimed at the signal caller.

RELATED: Jacob Green Still Owns Texas A&M Records, But Where is He Now?

Sam Adams attended Cypress Creek High School in Houston, Texas, and won the Prep Southwest Defensive Player of the Year on the gridiron and a state championship in shot put.

The defensive lineman accepted a college football scholarship to Texas A&M University, where he played for head coach R.C. Slocum.

Adams was a stud in College Station and started immediately as a freshman. He won the Southwest Conference Newcomer of the Year and was named a First-Team Freshman All-American.

As a sophomore, he was first team All-SWC and recorded 56 tackles and 4.5 sacks.

Adams was one of the best players in the country as a junior. He racked up 13 tackles for loss, including 10.5 sacks, five forced fumbles, three fumble recoveries, and 78 total tackles while leading the Aggies to a 10-2 record.

As a result, he was named the SWC Defensive Player of the Year and a Consensus All-American. He was the runner up for the Lombardi Award — the award given to the best interior lineman in the country.

Adams was the No. 8 overall pick by the Seattle Seahawks in the 1994 NFL Draft.

After six seasons in Seattle, the first-round draft pick played for the Baltimore Ravens and won Super Bowl XXXV. He also suited up for the Oakland Raiders, Buffalo Bills, Cincinnati Bengals, and Denver Broncos.

One of Adams’ most spectacular highlights came when he picked off AFC East rival and New England Patriots QB Tom Brady and returned it for a touchdown in 2003. It was one of three career interceptions and two touchdowns for Adams. The play made the rounds on sports TV from ESPN to CBS Sports.

Another was sacking Jacksonville Jaguars QB Mark Brunell for a safety in his second season.

In 14 seasons, the football player was named an All-Pro three times, made the Pro Bowl three times, and reached the playoffs four times. He retired in 2007.

Adams’ son Sam Adams II is a running back for the Washington Huskies football team.

In his post-football career, Sam Adams has owned multiple health clubs and been active in the community. He’s a sponsor/spokesman for the Special Olympics in Washington and Alaska in addition to being a youth basketball and football coach.

Adams became the majority owner and CEO of the Spokane Shock of the Indoor Football League in 2019. Due to the coronavirus pandemic, Adams’ first season at the helm was canceled. The IFL is returning for the 2021 campaign.

The former Aggie won the trench battle on the field. Now, he’s looking to win it in arenas.

MORE: Tony Franklin Became the “The Barefoot Kicker,” But Where is He Today?