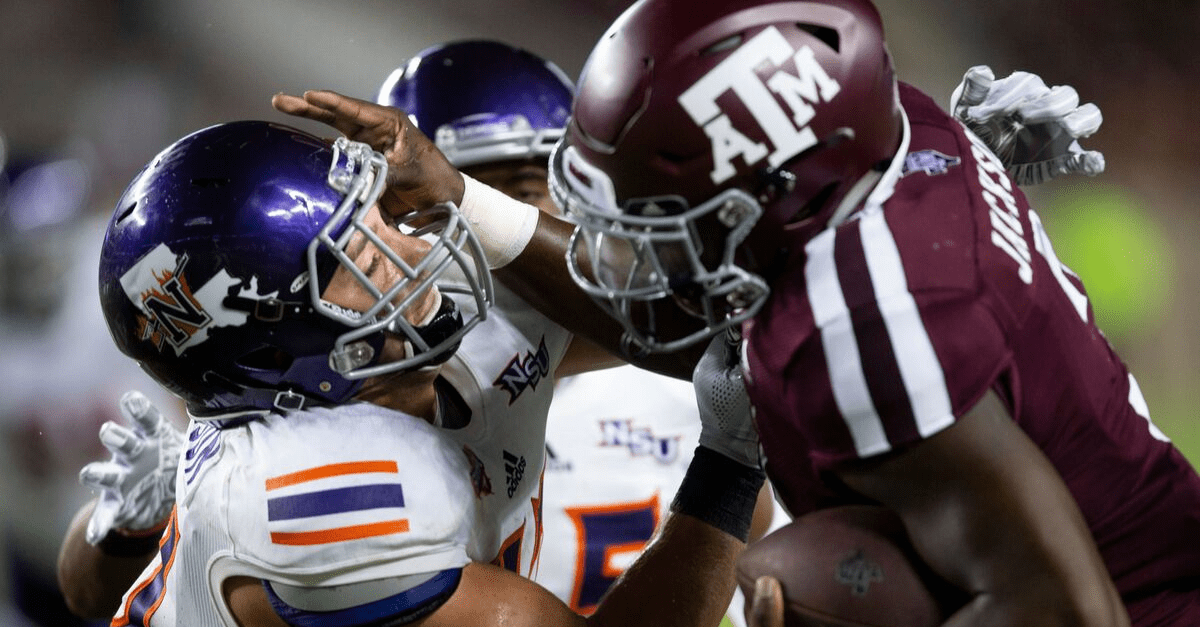 Coming out of high school, Texas A&M sophomore running back Vernon Jackson was one of the top athletes in the country. He definitely had the size and skill to make a difference for head coach Jimbo Fisher in the SEC. Unfortunately, it looks like that will never happen.

Jackson, a sophomore from Boling High School in Texas, suffered a neck injury this offseason and has taken a student-coach role for the Aggies this season. A medical redshirt is a possibility, of course, but his playing days in College Station are likely over.

During his weekly radio show, Fisher said Jackson will ?probably never play again,? according to AggieSports.com.

Jimbo Fisher said on radio show that RB Vernon Jackson (neck injury in spring) will "probably never play again" — has transitioned to becoming a student coach with the Aggies. Still treating this season as medical redshirt.

That?s definitely tough news for Texas A&M, especially since starting running back Jashaun Corbin is out for the year and freshman Deneric Prince decided to enter the NCAA Transfer Portal. All that?s left right now is true freshman Isaiah Spiller and sophomores Jacob Kibodi and Cordarrian Richardson as available running backs for the rest of the 2019 college football season.

Now his days are spent on the sideline with his teammates.

?He wanted to be in coaching. He is a tremendous human being, and we want him to be a part of our team, so he?s becoming a student-coach and learning all the things you have to do to be that.?

Aggies RB Vernon Jackson was a four-star recruit coming out of high school, where he rushed for 2,560 yards and 33 touchdowns as a senior and named the District 14-3A Offensive MVP.

The potential was certainly there to compete in the SEC West against tough defenses like Alabama and Auburn, but Vernon Jackson’s career for the Texas A&M Aggies is over before it really got started.