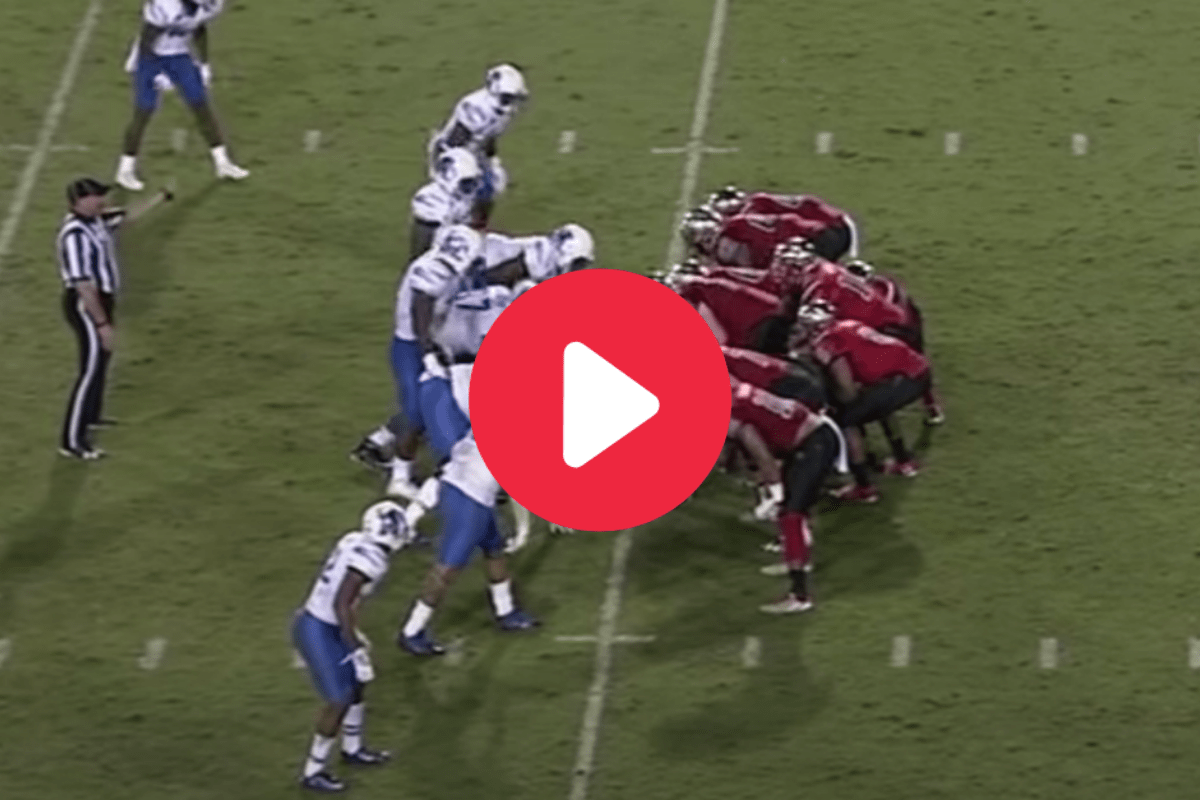 In college football, a bowl game is not the time to be conservative or take your foot off the gas. It’s the season finale and holding anything back would be foolish. Busting out a trick play is always encouraged, and the Western Kentucky Hilltoppers picked a classic one in the 2016 Boca Raton Bowl.

At the end of the first half, and holding a commanding 28-17 lead over the Memphis Tigers, the Hilltoppers were backed up deep into their own territory. It looked like the perfect time to take a knee, head to the locker room, and let fans get a head start on grabbing another drink.

Then, all of a sudden, WKU decided to run a trick play with under a minute left and it caught everyone by surprise.

RELATED: The “Fake Statue of Liberty” Worked Like a Charm

With 45 seconds remaining before halftime, WKU quarterback Mike White trotted onto the field and the Hilltoppers lined up in proper kneel down formation at their own 15-yard line. There was no reason to try anything crazy, but what happened next is something nobody in Florida or watching on ESPN saw coming.

White took the snap, secretly handed the ball off to running back Anthony Wales, and ran to the outside to fool the defense. Then, Wales took off to the other side of the field for a 53-yard gain. The Hilltoppers and head coach Jeff Brohm were suddenly in striking distance for a touchdown or field goal at the end of the half.

A team with a double-digit lead wasn’t satisfied. They wanted more to pour salt in the wounds. It worked, but not for long.

On the next play, ironically, White threw an interception for a touchback. The half was finally over and karma prevailed.

WKU didn’t need to open up the playbook that much the rest of the game and won comfortably, 51-31, but nobody will forget that trick play.

The Hilltoppers proved you don’t need a bunch of NFL draft picks like Alabama or Clemson to make some magic happen. All a team needs is an imagination and some guts to make the call at the right moment.