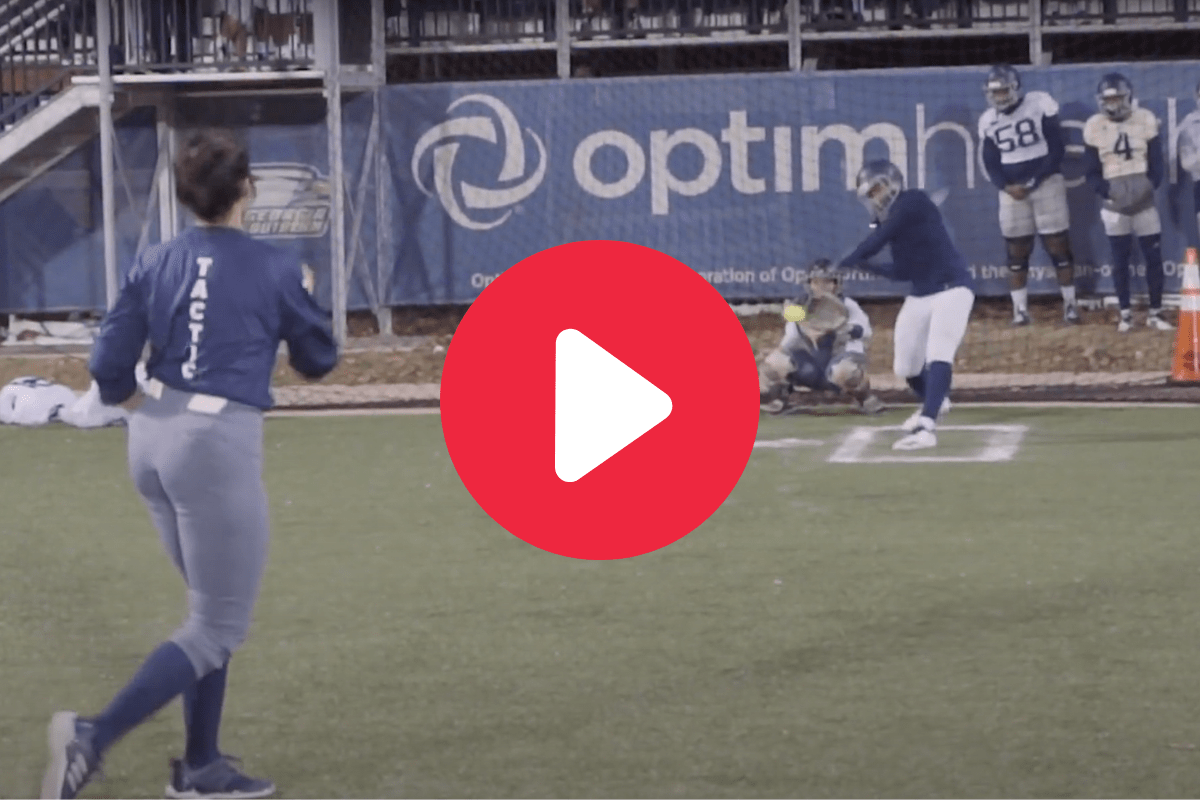 First things first, let me address all of the cocky dudes who think they can hit a softball: YOU CAN’T. Softball pitchers throw as hard as 75 MPH from 43 feet away, which is the equivalent of 106 MPH in Major League Baseball.

Time and time again, pony-tailed women prove this point. The high school pitcher who struck out her entire football team after a $20 bet showed everyone who was queen. This Olympic pitcher also proved to the boys why softball is a lot harder than baseball when she struck all of them out.

“You play ball like a girl” is an outdated, false phrase that one college football team got a taste of when the school’s softball team came to the gridiron.

The Georgia Southern University softball team decided to have some fun back in 2018. They headed over to the football field to pitch against the football “hitters” wearing their own helmets.

With each terrible swing the cornerbacks, linebackers and safeties take, the rest of the team behind them can’t get enough of it. Misses produce cheers and laughter.

The first few hitters to step to the plate barely make contact. One dude even celebrates a foul ball. They’re no match for our girl’s unhittable rise ball.

We get to see a different pitcher later in the clip. She’s throwing much harder and looks like the team’s closer or something. She brings the heat every single pitch and instantly overmatches all of the guys she faces.

Both teams come together at the end for a picture. It seems like there were no hard feeling despite the girls making football players look as foolish as possible.

Now, the real question: When is the softball team suiting up in pads and taking on the football team at their sport?