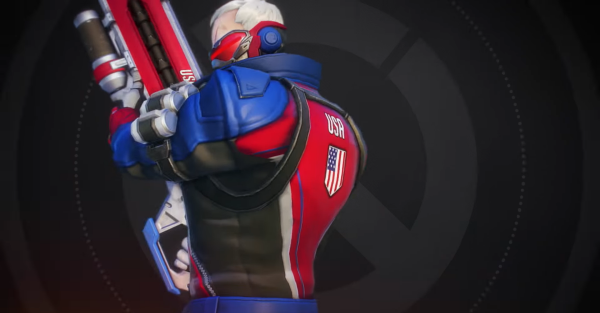 Overwatch’s path to becoming a major player on the eSports field has seen its fair share of bumps and obstacles since its inception. Despite Blizzard’s best efforts, this last year has seen the departure of numerous community icons and eSports teams that have left players wondering how bright the future is for the game’s competitive scene. Some have speculated whether or not the steep costs of competing in the Overwatch League had turned away much of the community’s traditional participants.

Still, that hasn’t stopped the studio from redoubling its efforts. Blizzard’s decision to develop its very own eSports stadium in California made headlines in early September, while a patch released for Overwatch in July did much to curb some of the toxicity that may have been chasing players away.

These could pale, however, when compared with yesterday’s announcement regarding the game’s spectator mode. A competition means very little, after all, when watching it becomes a chore – a fact that Blizzard is apparently well aware of. Check out the developer update below for a glimpse at some of Overwatch’s upcoming features:

Players have long clamored for an enhanced spectator mode to make watching tournaments more bearable, and it seems that the developers have taken note. The addition of a top-down interactive map, for example, has been a much-requested feature, while the inclusion of team-specific jerseys and uniforms will definitely help in installing fervor for each viewer’s respective team – in addition to improving the spectating experience, of course.

Other noteworthy features include the new “Smart Camera,” a mechanic that not only gives broadcasters the capability to follow quick-moving players without any of the jerky and nauseating twitches, but also to immediately turn and face incoming actions (such as enemy attacks, ultimates, etc.). Then, there’s the improvement to the kill feed, which now allows for viewers to select and see the instant replay of how a player was done in by the enemy team.

The video closes with Jeff Kaplan’s promise of more changes to come, which seems to suggest a bright future for competitive Overwatch spectators. Feel free to follow the developers over Twitter @PlayOverwatch for immediate updates regarding these changes.