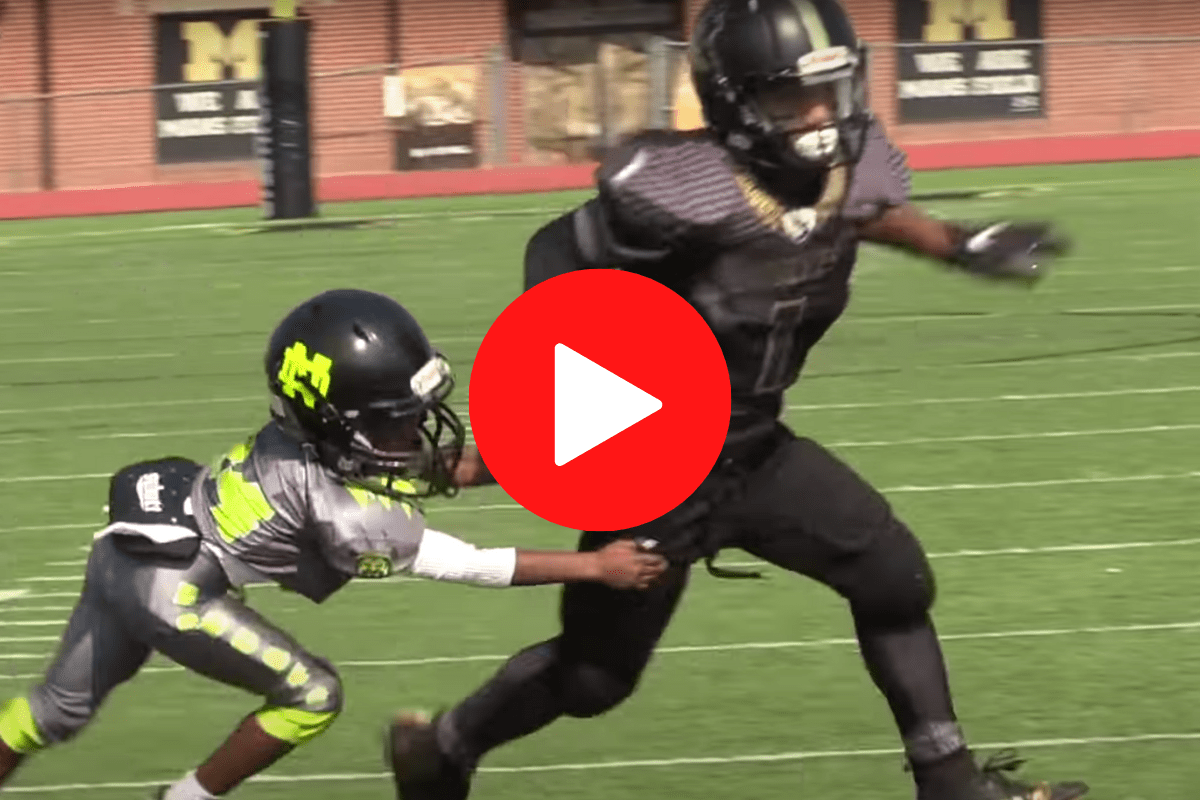 As the saying goes, “everything’s bigger in Texas.”

A 6-year-old football player named Aiden Smith is proving that to be correct. Standing at 5-foot-1 and weighing 130 pounds, Smith is not your typical first grader. He is, naturally, the largest player on his football team, and he’s building quite the highlight reel.

Seriously, try to keep your jaw from falling on the floor watching this kid.

Nicknamed “Smash,” Smith has such a size-related advantage over every single one of his opponents. He’s a long ways from high school, but in the age of sport specialization, coaches are inevitably going to be keeping tabs on him, especially if Smith continues to create viral moments. Heck, we’ve already seen coaches like Lane Kiffin offer a scholarship to an 11-year-old.

Dallas United’s head coach, Tony Davis, has a weapon on his hands, as Smith scores frequently. He can’t get fed the ball every single time he is on the field, but Smith receives the lion’s share of the touches in this offense.

In the viral video, Smith stiff-arms his opponents and even has some developed moves to make defenders miss. The video was trending on social media and made its way to several publications, showing that sports fans are always interested in the “Next Big Thing” (quite literally, in this case).

Aiden’s father, Kirk Smith, played quarterback in high school. It’s easy to see where Aiden gets his love of the game from. The elder Smith has to be thinking about how his son can succeed at the next level, but there is a balance that has to be made.

For as exciting as Aiden is, he is still only six, so NCAA and NFL plans should be shelved for at least another decade. Smith will get plenty of chances to show off his game, and if he continues to enjoy playing football during the rest of his childhood, Dallas United could have a future star.

Keep an eye on this kid. He could be coming to a college near you one day.