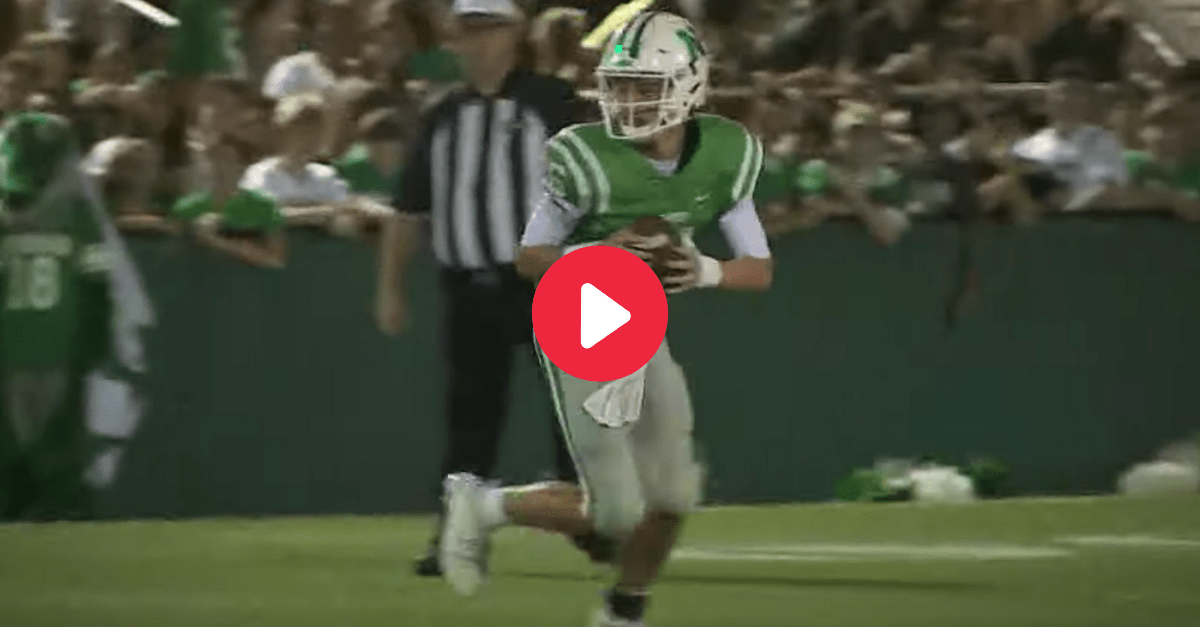 While most fans were focused on big-time college football showdowns and the start of the NFL season this past week, one of the game?s most iconic names took the high school varsity field for the very first time. It should be no surprise Isidore Newman School freshman quarterback Arch Manning put on a show, too.

Before he took the field last Friday night, everyone knew the teenage Manning had a cannon for a right arm. After all, he?s the grandson of Archie Manning, the son of Cooper Manning, and the nephew of Peyton Manning and Eli Manning. There?s no doubt he was going to be talented just by watching his scrimmage tape. With that last name, you?re pretty much destined to be special. The young man didn?t disappoint in New Orleans, Louisiana.

In the Greenies? 41-15 victory over Lusher High School, Arch Manning put on a show as he went 24-for-34 for 234 yards with three touchdown passes and an interception. Newman even scored on their first two drives of the season with Manning behind center.

Not bad for your high school debut for the Newman varsity team, huh?

Arch Manning can obviously make throws all over the football field. He proved that against Lusher.

?We wanted to see maturity and pocket presence, and he did everything we asked him to do as far as executing our offense and his ability to stay mature and balanced leading our wide receivers. That?s why he?s in this position.

?He doesn?t look like a freshman. That maturity and how you handle those tight moments are where the greatness can come.?

The Manning family has produced some incredible highlights over the years at Isidore Newman. Both Peyton and Eli went to high school there before incredible careers at Tennessee and Ole Miss, respectively, and the NFL.

Only time will tell how good Arch Manning will really be at the high school football level, but it?s safe to say it got off to an incredible start.