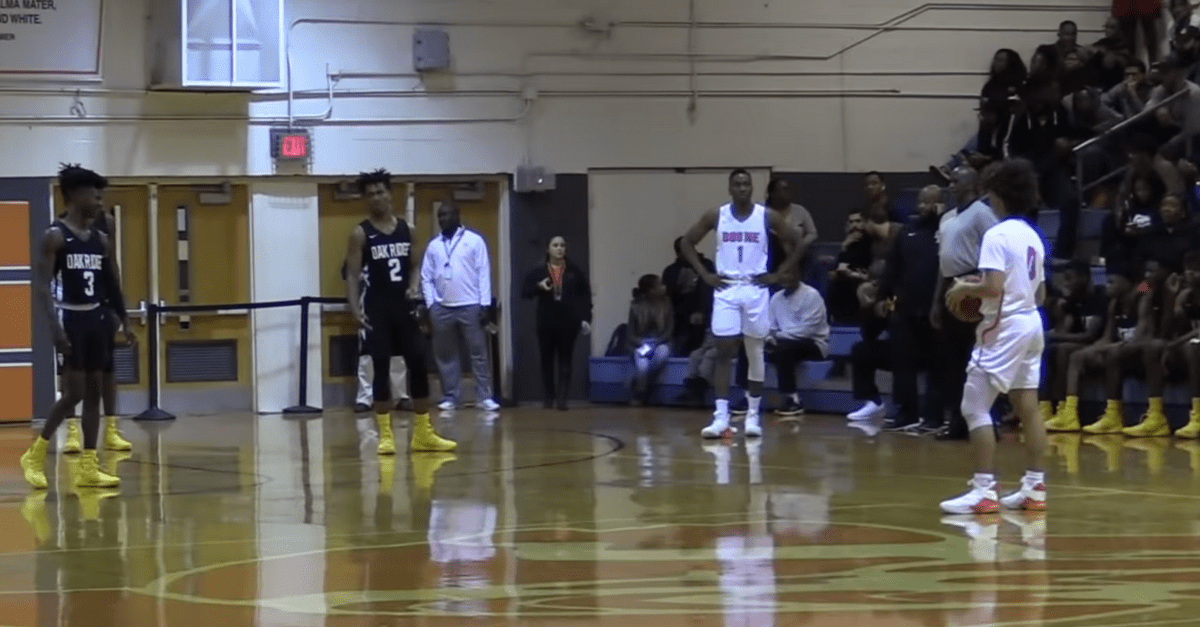 Sports involve a great deal of strategy, especially when some sort of clock or timer is present. In basketball, tactics like the ?Hack-a-Shaq? method are used at the end of games. In essentially every major sport outside of baseball, coaches and players must manage the game with a heightened awareness when regulation time is running out.

Shot clocks specifically can create some of the more amazing moments in basketball. Buzzer beaters like Florida?s in the 2017 NCAA Tournament or Villanova?s in 2016 are why we tune in. But what happens when there is no shot clock? Turns out, the outcome can be extremely boring, as we found in a recent Florida high school basketball game.

Orlando?s Boone High School and Oak Ridge High School squared off on Thursday night in what became the most uninteresting game of tag and free throw contest you?re glad you didn?t attend. Oak Ridge, the defending state champions, sank a 3-pointer in the first period and that was literally the ONLY basket made in the first half.

That?s because Boone held the ball for basically the whole game until they made more free throws in the fourth period and won 20-16. Just watch the highlights for a spot-on rendition of the #MannequinChallenge.

There is just so much to dissect here.

I can?t even imagine being one of those poor fans in what looked like a packed house. I?d rather rip out my hair. One of them even yells out, ?let us watch some basketball!? I mean, there?s nothing to even cheer for.

When Boone finally made its first points, the action-starved crowd went nuts ? and yet the score was just 4-3. At the end, underdog Boone?s fans stormed the court in excitement. I just don?t get it.

I know a coach?s job is to win games, but shouldn?t he also help them improve and prepare them to play at the next level? Because this strategy accomplishes none of that. In no other level of basketball will you find this. But hey, maybe Boone ? who entered ranked 33rd in the state?s Class 9A ratings ? doesn?t have any college-bound hoopers.

Either way, the Braves? coach seemed thrilled with the win.

A shockingly large amount of states have no shot clock for high school basketball. As this game shows, it?s a way for less talented teams to have a chance against powerhouses. But is this really the game we want the youth learning?