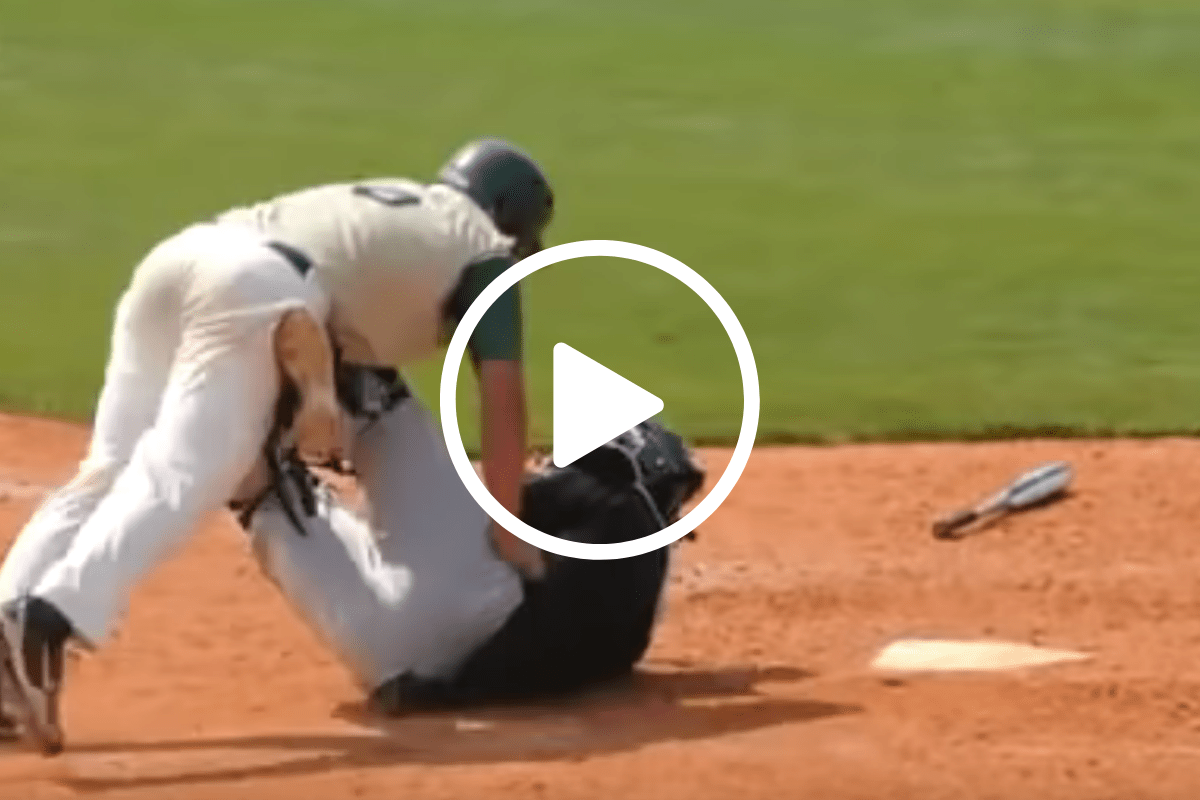 Rounding third base, runners only have one thing on their mind: score.

If you’re going for it, you better go as fast as your legs can take you because getting thrown out at home is flat-out embarrassing.

One baserunner from a game between Briarcrest Christian High School and Houston High School in Memphis, Tennessee wasn’t going to let this happen, and he would stop at nothing to ensure it.

The result? A collision at home plate and a bench-clearing brawl.

In honor of the holiday, we dedicate this weekend to baseball fights ⚾️ 🇺🇸 pic.twitter.com/wLoWplN3SI

Let’s talk about the play at the plate. The Houston catcher receives a bullet seconds before the Briarcrest runner arrives.

He turns to lay the tag, only to be greeted with a nice forearm shimmy. In self defense, he kicks his legs at the runner, giving him a healthy dosage of spikes.

Only before our main characters can trade punches, the Houston bench comes to their catcher’s defense and shoves the runner to the ground. The floodgates open.

Each team’s bench makes their way onto the field to get in on the action. A huge brawl ensues. One parent travels from the bleachers to the field to try to break it up.

The fight cools down, but the punishments were just getting started. The Tennessee Secondary Schools Athletic Association handed down a $3,500 fine to Houston and a $3,250 fine to Briarcrest. Each team was hit with a two-year postseason ban when it took place in 2011. Both appealed.

A fight like this brings into question who was right and who was wrong. I’d personally have to say the runner is in the wrong. If you’re willing to lay the wood, you’ve already established you’re willing to get physical. The catcher has every right to defend himself, and boy, with how fast the runner’s helmet flew off you know he was looking for some altercation. Also, future ballplayers who weren’t even involved face the consequences of a few guys. Doesn’t seem fair to me.

Maybe the runner just needed a cool towel around his neck to cool down. Who can get mad after that soothing experience?

I hope the two were able to put their differences aside and grab a milkshake after.