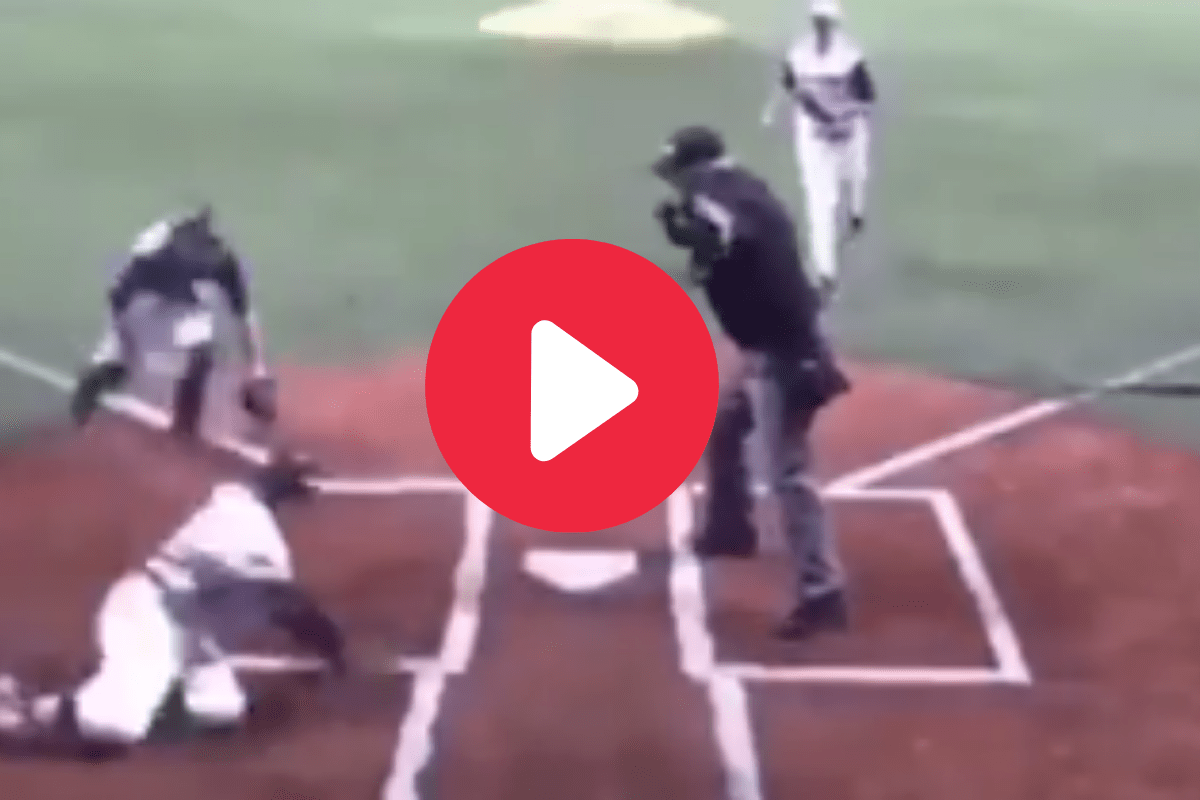 It’s basically July, which means football season is right around the corner.

That isn’t to say baseball season has ceased. In fact, some players are so excited that they decided to combine the two.

One baseball player decided to get in some preseason tackling drills on the diamond. The result wasn’t a pretty sight.

Baserunner Tackles Catcher After Getting Called Out

On the popular sports fight Twitter account Sports Fight Club, which we don’t talk about, a video surfaced of a suicide squeeze.

The batter lays down the bunt right in front of the catcher, who fields it on one bounce. He turns to tag the runner from third.

The runner does a little shimmy outside of the baseline to avoid the tag. The home-plate umpire immediately calls him out. You can even audibly hear the umpire make the call.

The runner slides then pops up and puts the catcher in a chokehold. They roll over and the runner starts throwing punches. A seemingly innocent play turned into a wrestling match.

The umpire and other players step in to breakup the scuffle. It grows into a decent-sized dogpile with spectators shouting from the bleachers. The catcher drops a few justified F-bombs to voice his frustration. Eventually the two sides break up, although the result of the incident is unclear. We can assume the runner was tossed for trying to knock a guy out. I’ve heard of charging the pitcher, but charging the catcher is a completely different story.

I don’t think it’s advised to attack the most heavily protected guy on the field. It’s like when football players throw punches at guys with their helmets on and break their hand.

I’m not quite sure what sparked the runner to go from 0 to 100 so fast. Was he upset with the call? Did the catcher say something? Did he suddenly assume the persona of the Undertaker?

I don’t know for sure, but I do know the runner needs to work on his form tackling if he wants to see any playing time at linebacker this fall.