Nation’s No. 6 Recruit Has Star-Studded Final List of CFP Contenders 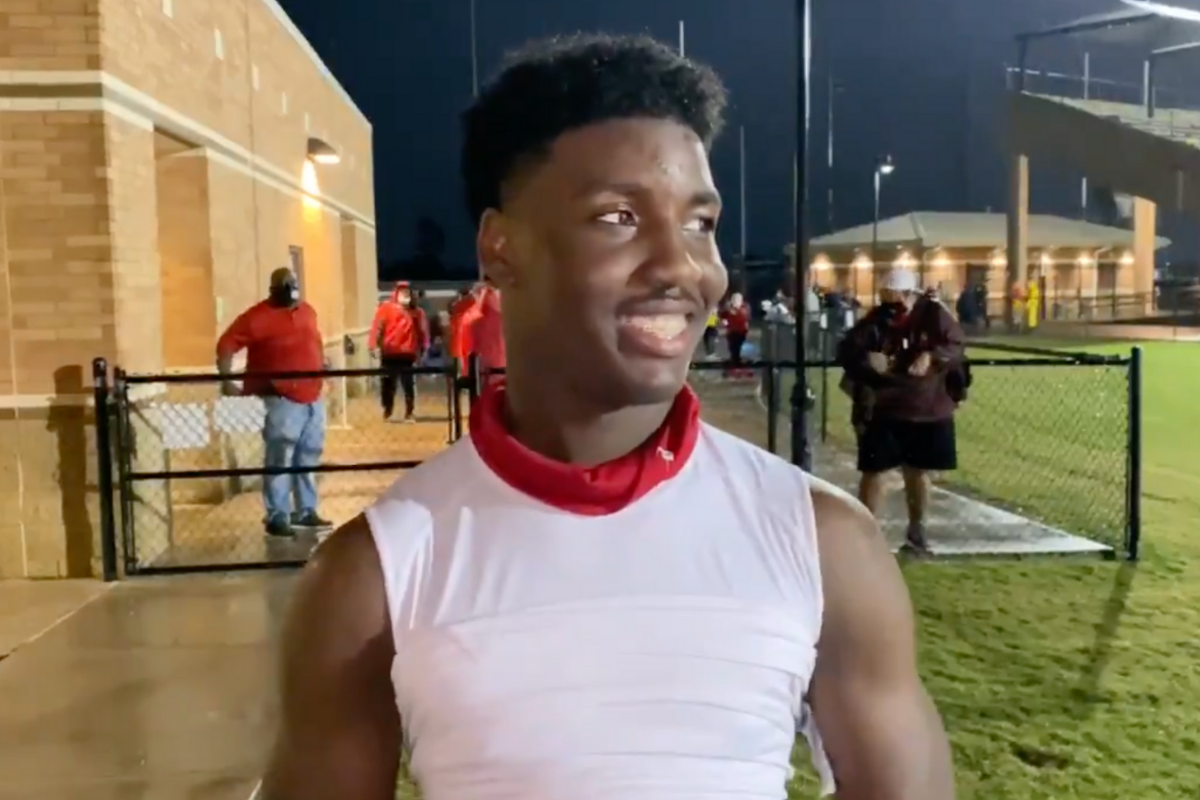 Denver Harris is a popular prospect of the 2022 recruiting class. The five-star defensive back has received more than 35 college football offers.

Harris plays for North Shore High School in Houston, Texas, and his team is one of the best in the entire Lone Star State.

Following a 15-1 regular season, the Mustangs won the state championship for the second-straight season in 2019. Harris got even better in 2020 and won the District 21-6A Defensive Player of the Year award.

Harris has narrowed down his options to four programs, and it looks like a decision is coming sooner rather than later.

Some recruiting analysts at 247Sports believe he will remain in-state, so the Aggies and Longhorns may be considered the favorites at this point.

Texas football has been aggressive under new head coach Steve Sarkisian. It will be interesting to see if Harris follows through and goes to Austin on an official visit.

Denver Harris is everywhere on the field. He can generate an interception just as easily as he could excel on kickoff returns.

He has a legitimate chance of starring at whichever program he ends up attending, and the NFL Draft should be on the horizon as well.

The 247Sports Composite rankings list Harris as the sixth-best player in the entire country, so there is a lot to like about his game.

College football recruiting may be an imperfect science, but being ranked the second-best player in the Lone Star State behind Quinn Ewers means that many believe Harris is the real deal.

As seen in this highlight compilation, the cornerback plays shutdown defense and hardly allows opposing wide receivers to breathe.

Denver Harris is destined to be successful in the NCAA. Wherever he ends up attending, he’ll make a major impact and improve his team’s defense almost immediately.

This post was originally published on December 9, 2020 before updating.