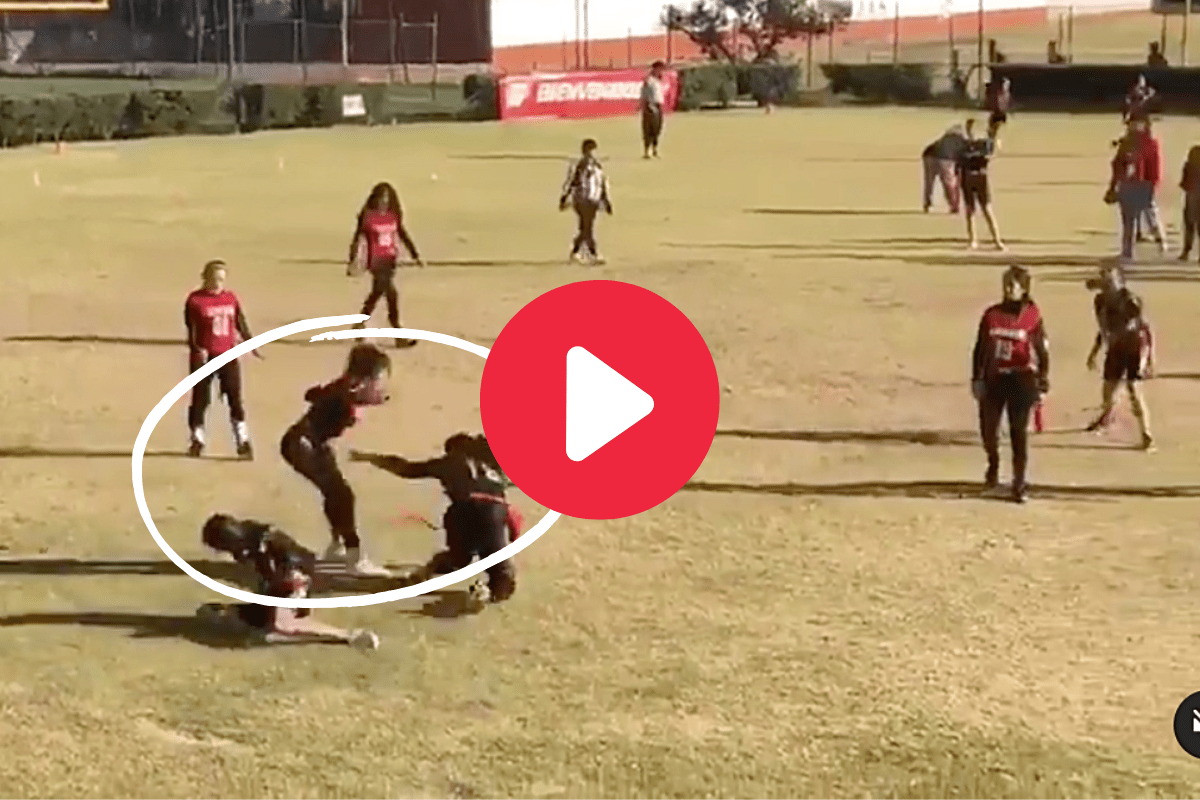 Juking defenders takes some serious skill. Dropping them to the dirt and leaving them in the dust is done only by the most accomplished football players.

Christian McCaffrey has made it a hobby in Carolina. Tyreek Hill is virtually untouchable when he plants his cleat in the ground. The nastiest of juke moves aren’t limited to the NFL, though.

As we’ve seen at the amateur and youth ranks, girls can snatch the ankles right off of defenders with ease. No one was more evasive than this sorority chick or this tiny girl who made her boy defenders stop dead in their tracks.

Let me introduce you to Fernanda Marquez.

Marquez is the real deal. She’s got more 340,000 followers on Instagram because people can’t get enough of the fact that she’s so darn good at juking other girls.

In one clip that even SportsCenter featured, she puts on a juking performance for the ages on a simple screen pass in a women’s flag football game in Mexico.

Girl No. 1 falls to the ground instantly. Then on back-to-back nifty moves, Marquez drops two more defenders and gives them a face full of sod. She then jogs into the end zone like it was nothing.

With cuts like that, Fernanda Marquez should be coaching high school wide receivers or something.

Judging from her Instagram (@fernandamarquez14), Marquez’s passion is flag football. She posts pictures and videos of her playing all the time.

I think it’s time we give her a nickname. How about Barb Sanders after one of the greatest shifty players ever in Barry Sanders? Maybe Christina McCaffrey suits her better.

Either way, this chick can ball out.