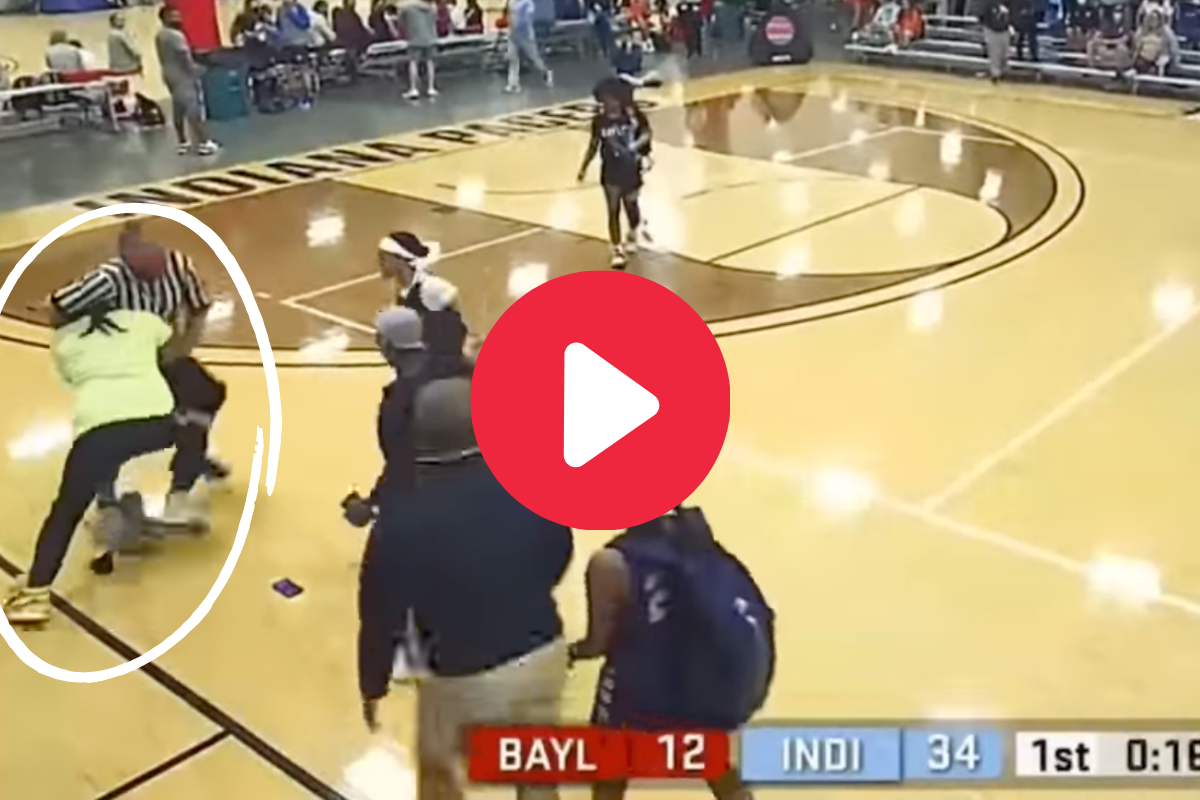 If you ever go to an AAU basketball game, remember to bring your boxing gloves just in case.

Things get incredibly heated at these youth hoops events, and there’s no shortage of nasty fights and brawls that take place. Something as small as a missed call from a referee could set off a fight in which a young girl throws a punch at a ref and an angry dad goes full WWE and suplexes one on the court.

That isn’t exaggeration. In Indiana, an AAU girl’s basketball game turned into an all-out slugfest that resulted in the referee getting flipped on his head.

In a Facebook video shared by Roland Bishop with the caption, “They out here wild? at these AAU games,” things turned ugly at an youth basketball tournament at the Indiana Pacers Athletic Center in Westfield, Indiana.

With the Indiana team leading 34-12 with 16 seconds left in the first quarter, the Baylor team begins packing their bags and walking off the court after someone received a technical foul from a referee.

That’s when a man in yellow who was filming the game makes his way over to film the referee. The ref took a swing at his phone, and the man retaliated by throwing a haymaker back.

One of the craziest parts of this clip happens next: A young female basketball player sprints over and takes a swing at the referee. Another fan rushes over to help the man in yellow and make it a 3-on-1 fight versus the ref.

Suddenly, the dude in yellow takes a page from the WWE and suplexes the referee on his head. A few more punches are thrown before things are broken up.

Here’s what the video sounds like with some hilarious commentary:

No word yet if anyone has been charged or if police are investigating the brawl.

A word to the wise for that referee: Maybe don’t swing at anyone next time.