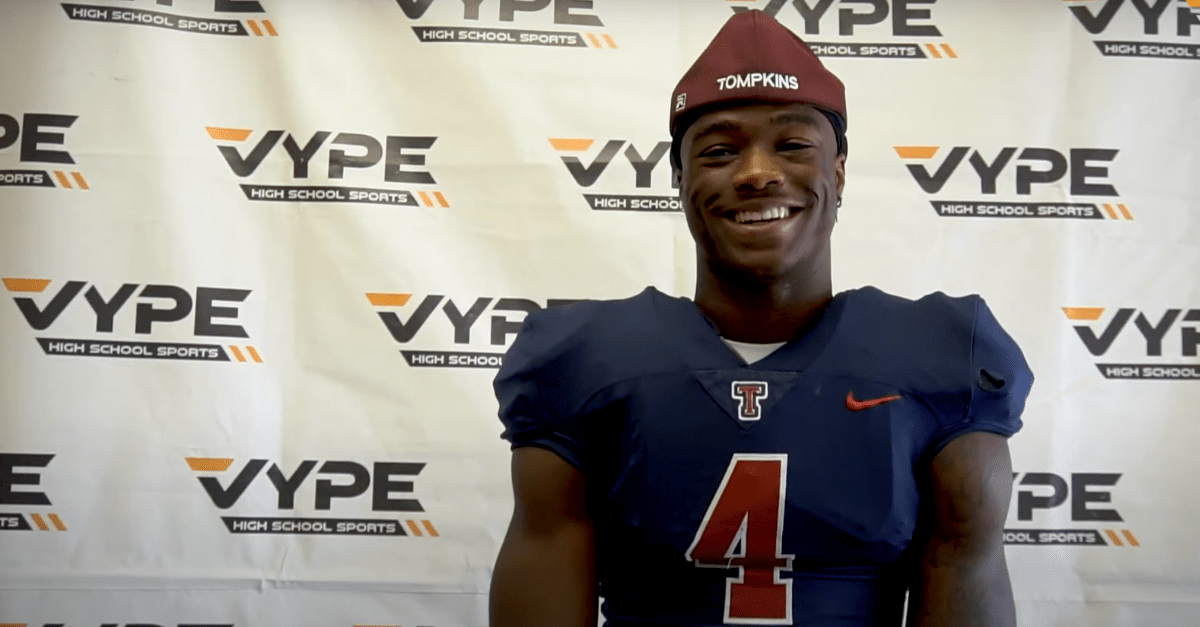 Jalen Milroe was looking forward to playing for the Texas Longhorns. The four-star dual-threat quarterback had been committed for over a year, too. Then, something happened, and he will now take his talents to the SEC.

Milroe, the Tompkins High School star in Katy, Texas, had a decision to make: Stay with his commitment or find a new place to thrive. At this stage, there was no wrong answer.

He chose a different path for his college football career.

Ranked as the No. 83 overall prospect nationally, according to the 247Sports Composite, dual-threat quarterback Jalen Milroe certainly had several high-profile programs to choose from. It just had been a while since he was available.

Perhaps 2022 five-star quarterback Quinn Ewers committing to the Longhorns was the final straw. He decommitted from Texas and committed to Alabama Crimson Tide head coach Nick Saban on social media during the coronavirus pandemic and COVID-19 outbreak.

“First, I’ll like to give thanks to God for blessing me in all that I am and all that I do. I want to say thank you to Coach Herman and Coach Beck for recruiting me and giving me the opportunity to chase my dreams and further my academic and athletic career at the University of Texas. I want to also thank Coach Yurcich. I know initially I wasn’t your guy, but you continued to build a relationship with me. To the #trUth21, you’re a special group and you all are gonna be dangerous! Lastly, I’ll like to thank the University of Texas’ fans. You all have shown me tremendous support and love since I committed over a year ago.

“At this time, after taking a lot into consideration, much prayer, and speaking with my parents, I have decided to decommit from UT and commit to another University that shares my vision and aspirations. With that being said, I’ll be committing to the University of Alabama! My recruiting is 100% closed. Roll Tide!”

That’s it. The star signal-caller will leave the State of Texas and start his NCAA career in Tuscaloosa.

Jalen Milroe definitely has the athleticism to shine at the next level. He’s quite the passer, too. Heading into his final high school football season, Milroe has already racked up 4,109 passing yards with 39 touchdowns and 11 interceptions, while added 987 rushing yards and 18 touchdowns.

For a while, many thought Milroe was going to be a future replacement for Texas quarterback Sam Ehlinger and compete against Oklahoma in the Big 12. Now, it looks like he will battle five-star quarterback Bryce Young to see the field and dominate against the likes of LSU and Georgia in the years to come.

This is the wild world of recruiting.

MORE: No. 1 Junior WR Holds 37 Offers, Yet Still Has More To Prove