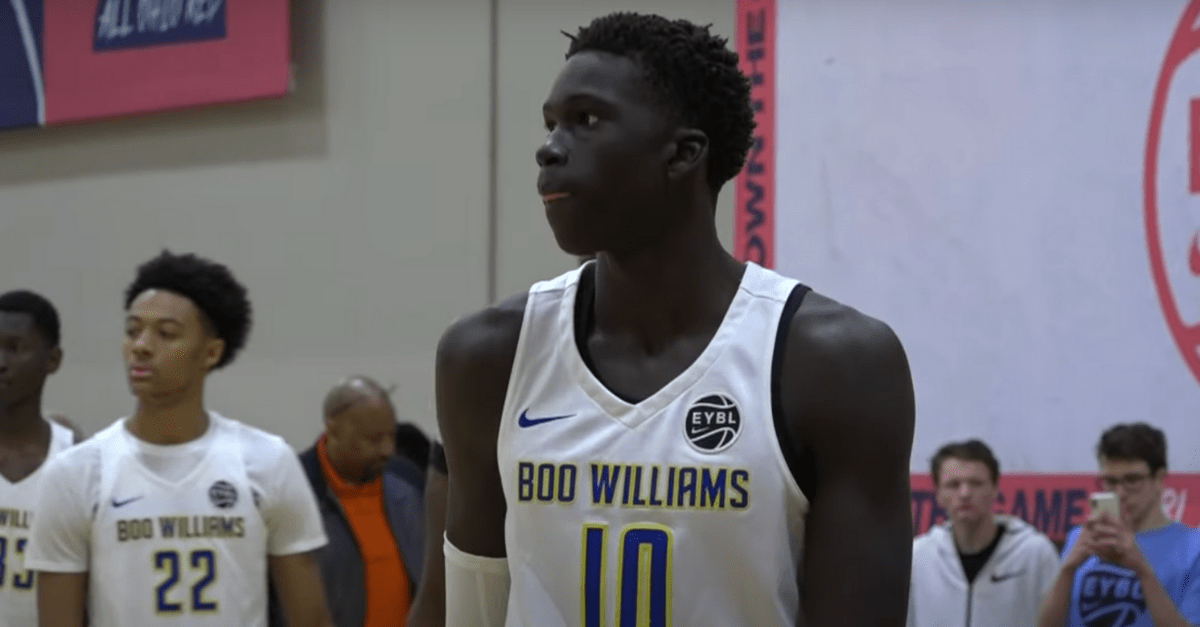 For the longest time, everyone thought four-star power forward JT Thor was only focused on his final list. There was so much star power in his top five for anyone to think he?d go anywhere else. Then, the Auburn Tigers and head coach Bruce Pearl entered the mix and secured him for next season.

Thor, a 6-foot-8 forward from Norcross, Georgia, committed to play college basketball with the Tigers on April 12. So much for his list featuring Kansas, Kentucky, UCLA, Oklahoma State, and Georgia. He just made Auburn?s amazing basketball recruiting class even stronger.

“This fall I’ll be taking my talents to Auburn University.” pic.twitter.com/ZCp2RdqIRc

“Really Bruce Pearl and the class that is coming in, I feel like it gels well with me and I feel like we can have a really good season next year and I’m looking forward to that,” Thor told 247Sports? Evan Daniels.

Losing a historic senior class is tough, but Auburn is ready to stay in the college basketball spotlight.

What?s crazy is Bruce Pearl might not be done yet with his 2020 class. Five-star prospects Jalen Green and Greg Brown are expected to announce their decisions later this month.

“He’s a players coach first of all, and he’s a winner,” Thor said. “He’s had players before me that played like me so I feel like I can fit in well to his system and we can make it work.?

Thor turned down other big-time offers from Arizona, Florida, LSU, and Oregon as well.

It doesn?t take long to realize the four-star forward has some serious game with even greater potential. He?s long, can finish around the rim, and will stretch the floor with an improving left-handed jump shot.

Needless to say, Auburn has yet another good player headed to The Plains.