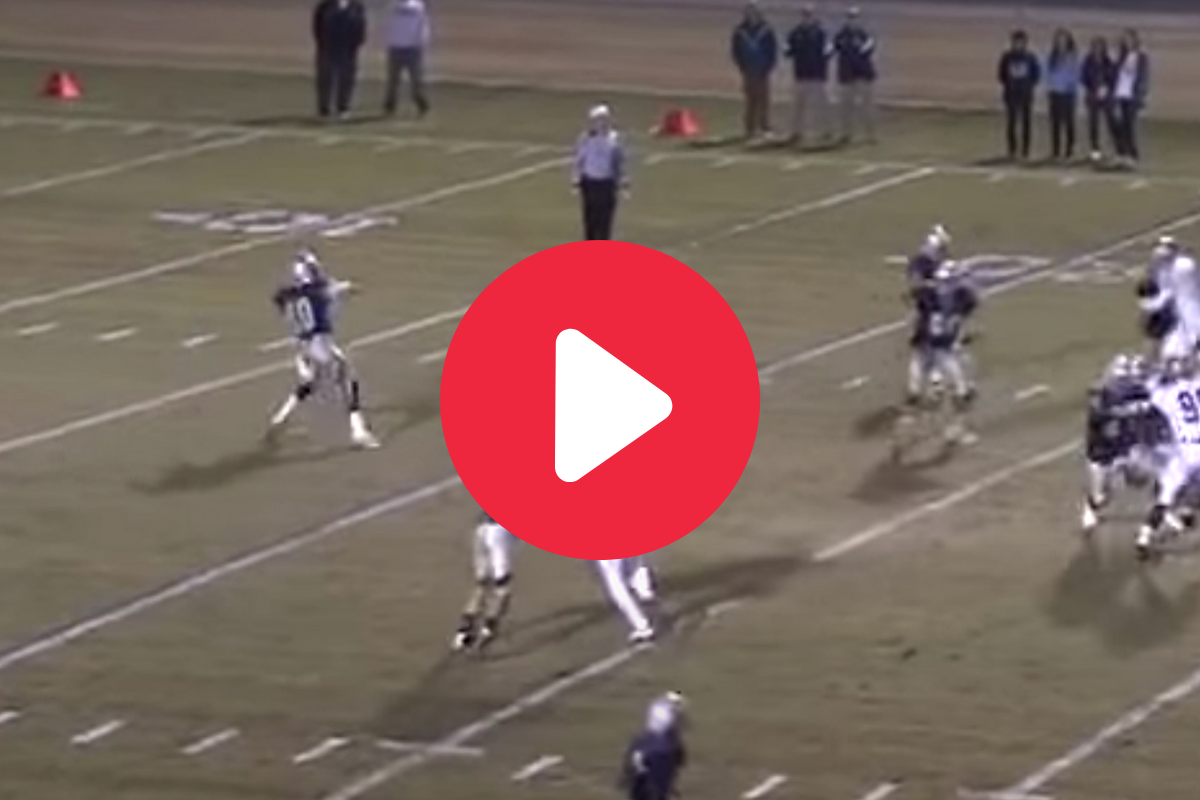 It’s rare to see high school quarterbacks throw footballs more than 60 yards. Many just don’t have the arm strength yet to eclipse that distance, unless you’re name is Patrick Mahomes or Zion Williamson (yes, he had a cannon as well).

Get into the 70-yard range and we’re talking about passers like Aaron Rodgers, Josh Allen and Matthew Stafford. Any teenager who can fling the pigskin that far deserves endless offers from college football teams across the country.

I guess Matt Morin slipped through the cracks, because his arm was mind-blowing.

Morin served as the starting quarterback for Chaparral High School in Temecula, California, back in 2011. In one game, he threw pass that gained traction on social media and for good reason: It soared through the air some 77 yards.

Chaparral called a trick play that led to Morin uncorking a pass from his own 18-yard line. After what felt like an eternity later, his wide receiver finally came down with the ball at the opposite 10-yard line. It’s just something you have to see to believe.

Of course, no defenders were anywhere near the dude who caught the touchdown pass. They probably thought, “eh, let him go, there’s no way this dude can throw it that far.” They thought wrong.

I don’t think I’ve ever seen a farther pass in the air at the high school ranks, but I would love to see one.

Morin, who also played baseball, was rated a three-star recruit by 247Sports. He made college football stops at San Diego State, Saddleback College and Riverside Community College before playing tight end and special teams for the Arizona Wildcats.

How a dude who can sling it like that ended up as a tight end in the Pac-12 is beyond me.

Mike Vick had the best arm of any southpaw I’ve ever seen, but if Matt Morin would’ve developed under center, maybe he would’ve been right there next to him.

This post was originally published on October 20, 2020, but this throw is still incredible.