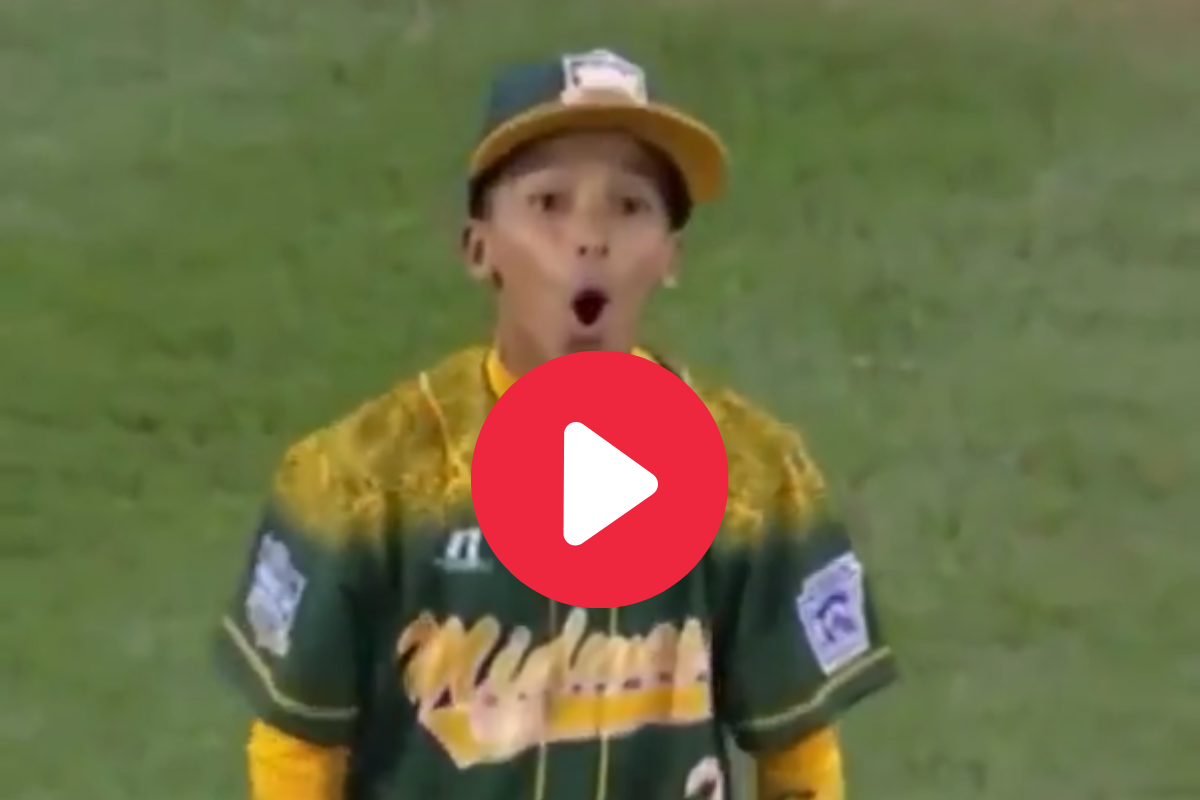 Benches are known to wildly react whether their team is on the giving or receiving end of a big play.

If your squad is on the receiving end, you have to be more subdued. Make sure to turn away from the field of play when you’re giving props.

However, if you’re directly involved in the not-so-great end, you aren’t supposed to give an inch.

Little League pitcher Mekhi Garrard threw these rules out the window, and it made for a wholesome moment at the Little League World Series.

RELATED: Adorable Little Leaguer Busts a Move Before His At-Bat

It was the first round of the 2015 Little League World Series in Williamsport, Pennsylvania. The Mid-Atlantic Region representatives from Pennsylvania squared off against the Midwest Region champs from Missouri.

The Mid-Atlantic team held a comfortable 14-0 lead in the third inning when first baseman Cole Wagner stepped up to the plate with the bases loaded.

Wagner was one of those kids who’s the size of a high school offensive lineman. He hulks over the other kids and keeps a razor in the dugout just in case the game starts past 5 o’clock.

Garrard served up meat in the middle of the plate and Wagner crushed it out of the ballpark. Really crushed it. Rumor has it the ball is still going to this day.

The Missouri hurler watched the ball fly into the stratosphere with his mouth agape?his eyes all the way open in shock.

As an experienced lip reader from watching countless NFL Bad Lip reading videos, I think he mouths “crap” followed by an elongated “WOAH!” He bends over in astonishment over the length of the nuclear missile.

?When I saw it, I knew he hit it really far. So I looked back and it was still in the air. I was like, ?that?s crazy, that?s so far for how young he is,” Garrard told Sports Illustrated in 2020.

The hitter’s grand slam extended the lead to 18-0, enabling the mercy rule and ending the game in the fourth inning.

Garrard went on to play varsity basketball and football in high school. Wagner, a 2021 graduate, kept playing baseball and is committed to the University of Georgia.

Garrard’s hilarious reaction was the highlight of a very lopsided game. He gave credit where credit is due by acknowledging he may have given up the longest home run in the history of mankind (ages 12 and under).