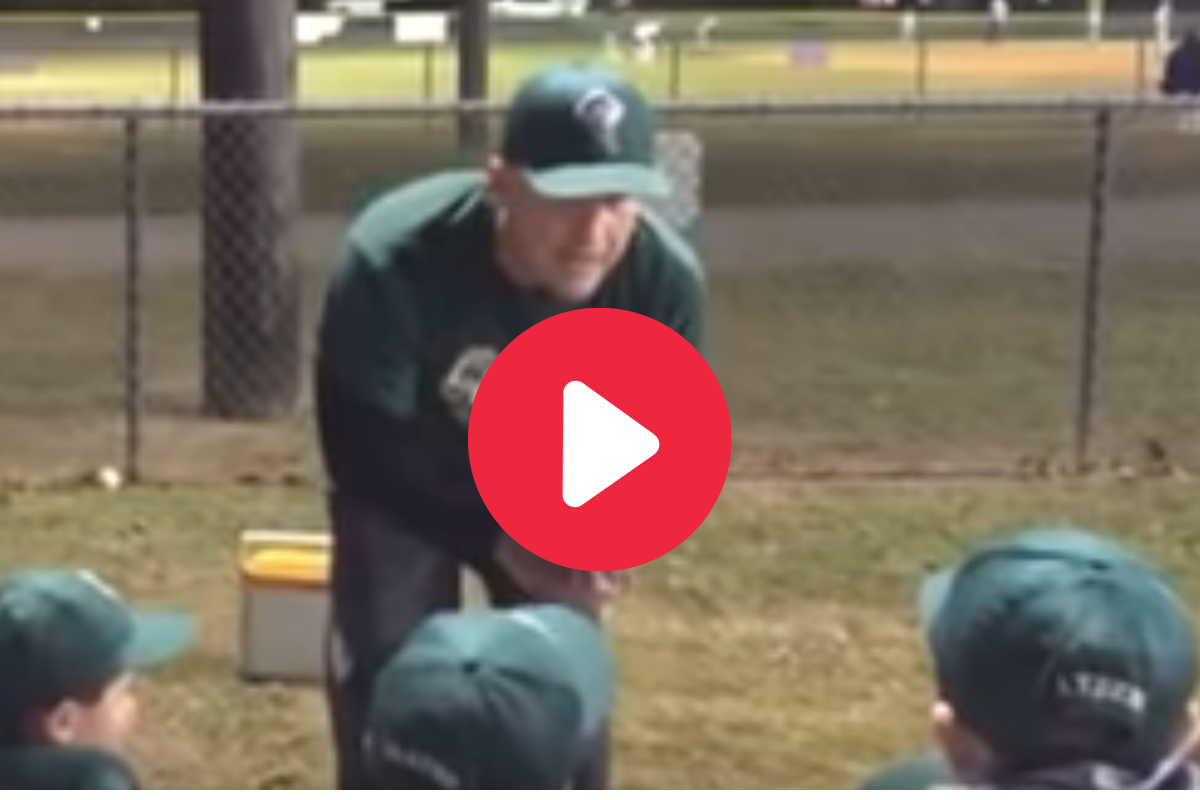 The pregame speech is an integral part of a coach’s MO.

The first thing any good coach does is set up a brick wall between them and the field. If that wall is still standing at the end of the speech, he didn’t do his job.

If it’s crumbled into little pieces, he can expect a night on the town at Pizza Hut.

The Sand Gnats of Houston, Texas, gather round and Bergin reminds them of the team’s core principles: Hit dingers, disgrace the pitcher‘s family, make the other players cry, and stomp their butts into the ground.

They call those the four commandments of youth baseball.

He then goes on to talk about winners and losers. Every time his Little League team takes the field, Bergin’s goal is for his players to be winners.

The brick wall is looking more appetizing, and the skipper puts the cherry on top.

The team brings in their hands for a final huddle.

“That team’s pretty good, but we are gooder,” Bergin continues. “Gooder on 3.”

Now I know what you’re thinking. My life would be completely different if I heard this speech at 9 years old instead of picking my nose.

Those types of crazy and overbearing youth sports coaches are who Bergin is satirizing.

?I?ve been so frustrated with a lot of these other coaches and parents,? he told The Washington Post. ?I just had to do this. I had to hammer these people.?

He took it to another level when he posted this video, which has 3.3 million views, to YouTube and gained a following. Currently, he has 18,000 subscribers on YouTube and over 7,500 followers on Instagram.

Bergin has expanded his repertoire into hilarious mound visits, pounding beers and throwing batting practice, and a fake snake prank on the Frio River in south Texas.

Although he’s ventured, the Little League coach’s bread and butter is reminding 9-year-olds that participation trophies are for losers.