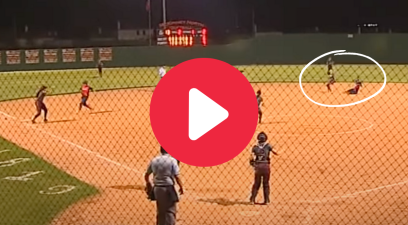 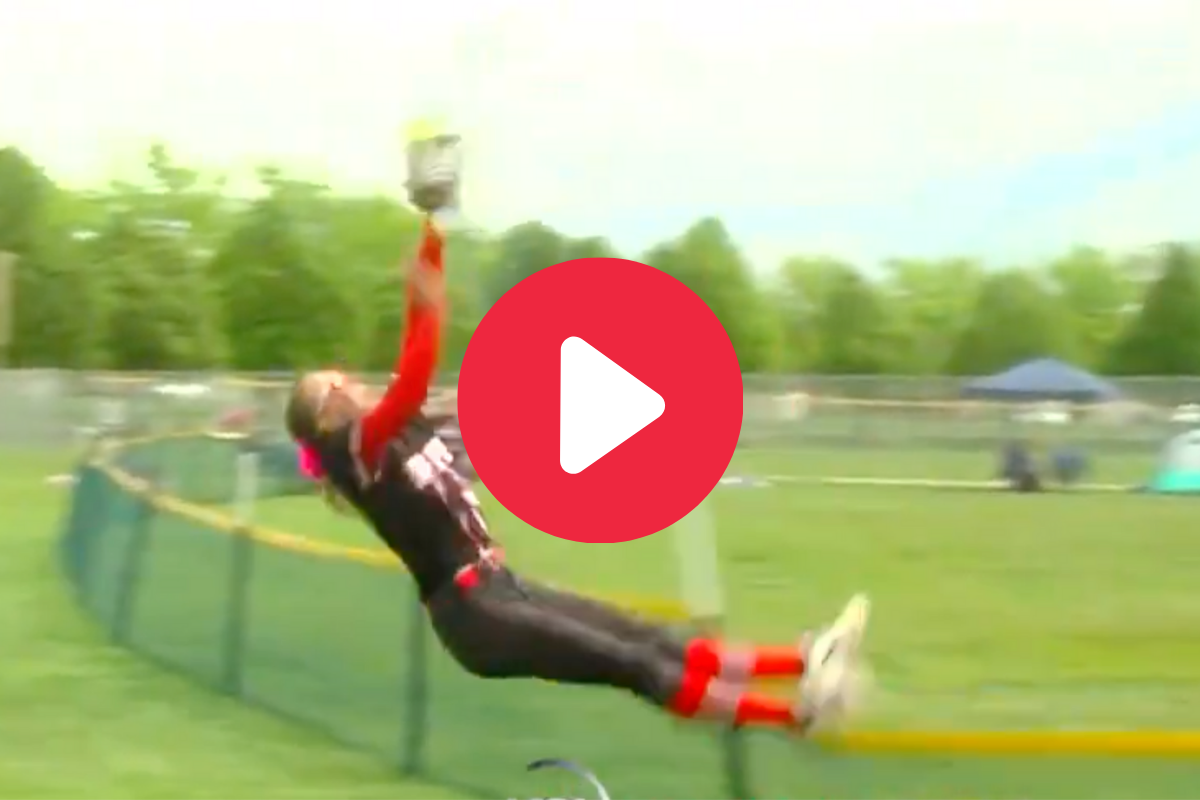 There are home run robberies and there is whatever you want to call high school softball player Olivia Taylor’s full-on Bonnie-and-Clyde-type theft.

Not even the greatest outfielders of all time — Ken Griffey Jr., Willie Mays and Mike Trout included – have ever completely cleared the fence to takeaway a surefire long ball the way she did.

And Taylor did it on the biggest stage of her high school career.

Olivia Taylor was manning (or should we say Supermanning?) center field for Bear River High School in Saturday’s 4A State Softball Championship game in Salt Lake City, Utah when made one of the greatest catches you’ll ever see.

A player for the Tooele Buffaloes cranked a ball that would’ve been an easy home run had Taylor not been there. She back-pedaled and leapt completely over the tiny green fence, hauled in the catch and nearly landed on her neck in the process.

Fans went wild and she instantly celebrated. What a feeling it must be to make a catch like that in your school’s state championship game.

The clip went viral on social media. The original video from KSL-TV‘s Sam Farnsworth has racked up more than three million views and was reposted by pretty much every major sports media network.

Many users called the grab the catch of the year and one insisted Taylor’s robbery was the “catch of the century.” That’s a massive title and it may still be an understatement after re-watching Taylor’s catch.

Bear River lost the first game of the championship series on Friday but rallied to win both games on Saturday to take home the state title.

I wouldn’t be surprised if Bear River center fielder Olivia Taylor received calls from major college softball programs after the catch that made her a viral star.