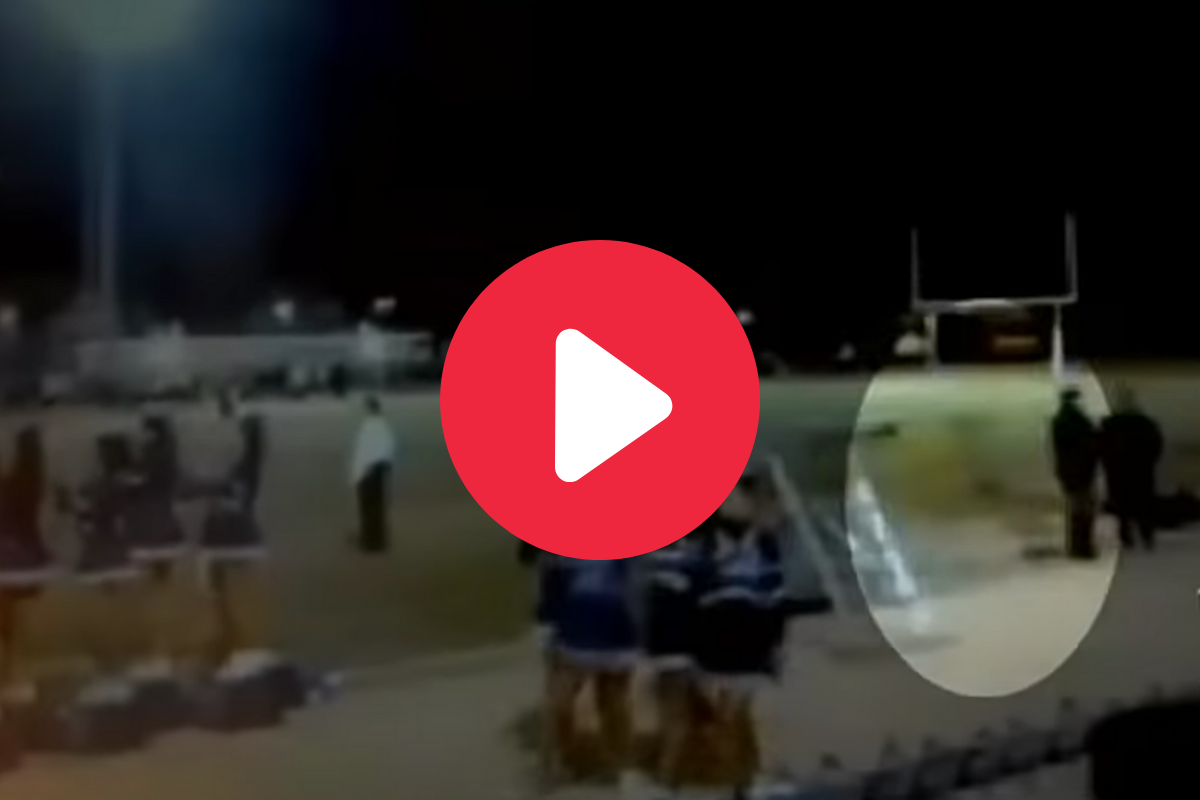 Ghosts are real and there’s nothing you can say to change my mind. The spooky spirits that walked across a street at the Gettysburg Battlefield? No chance that was fake. This apparition who took a joy ride on a playground swing? Real as can be.

Everyone has taken a side in this timeless debate. For many, they’d have to see a ghost to believe in them. Fans who attended a California high school football game expecting some thrilling Friday night lights action instead were treated with an eerie phantom.

Rachel Kim of CBS2 News Los Angeles dug into this spooky story nearly a year later on Halloween and found a haunting video from a parent in the stands.

Anna De Ano was filming her daughter’s cheerleading routine on the sideline. When she went back to review her video, she spotted a bizarre shadow person running across the field.

Call it the “Sylmar Ghost,” the “Hollywood Haunter” or whatever you’d like. That can’t be a real person because no one reacts to the figure running across the track and on to the gridiron. Also, that phantom is flying faster than any average Joe in the stands could probably run.

Non-believers will say it’s some sort of glitch. The camera is malfunctioning or something. Maybe it’s photoshopped or doctored in some way, they might say.

De Ano’s daughter, Mariela Rodriguez, told Kim that her mom barely knows how to work her phone, so she couldn’t have altered the video.

So, what do you think? Could this be a former player who passed away and is reliving his running back days? No one can be sure, but that video is all I need to believe that ghosts are real.

MORE: Kirk Herbstreit Screamed Like a Baby During a Halloween Prank