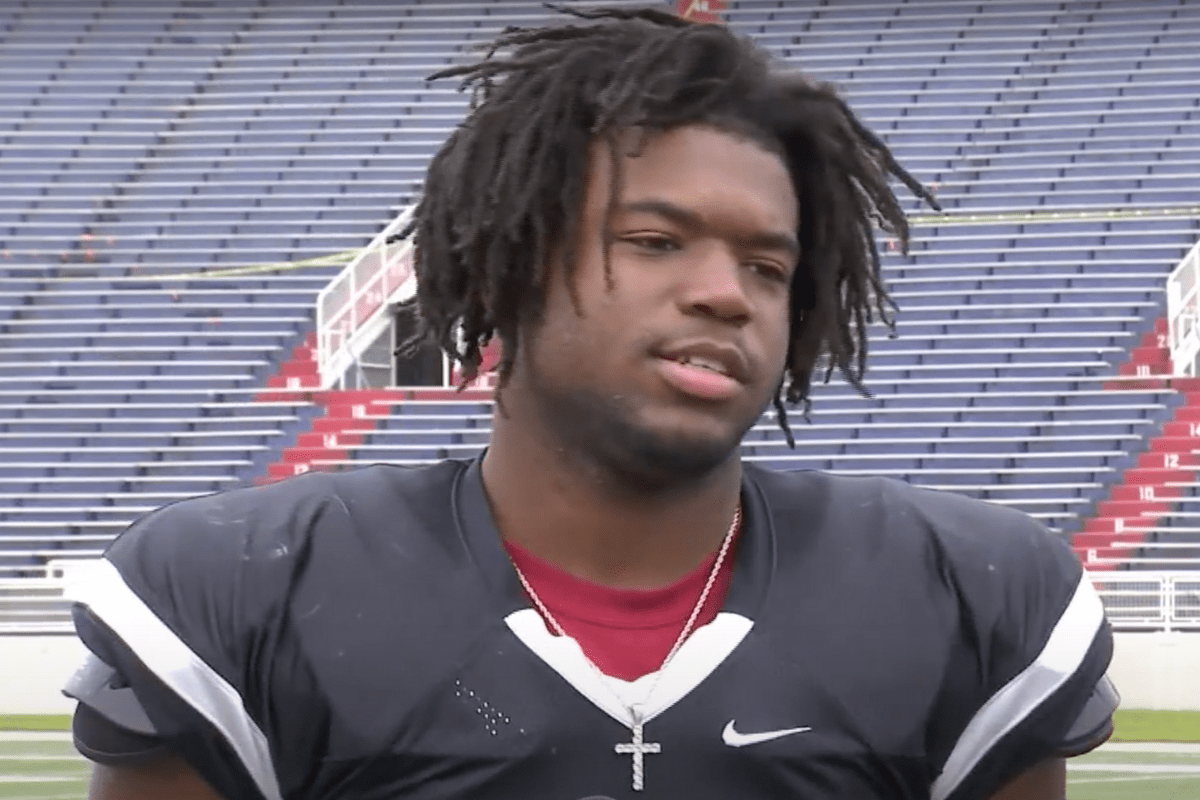 Robert Woodyard is an impressive prospect. The linebacker plays for Williamson High School in Mobile, Alabama, and has put on a show in his amateur career.

In June 2020, he solidified his future and chose to play college football for the Alabama Crimson Tide.

Woodyard joined the football team in 2019 but only played in a handful of games due to a knee injury. Even so, he made his presence felt, making 60 tackles, including four for a loss.

He got even better in 2020, making 117 tackles and even registering a sack. The football coach of the Williamson Lions, Dedrick Sumpter, realized that Woodyard was a special talent and incorporated him into the offense on select plays as well.

Woodyard is a fantastic basketball player as well. In 2019-20, he was a Third-Team All-State member, and the Lions won the Class 4A State Championship.

The chance to play for head coach Nick Saban is an opportunity that few recruits ever get, so it’s understandable that Woodyard committed so early.

Bama is a competitive program capable of reaching the College Football Playoff every single year, so Woodyard may end up being part of a championship roster.

Inside linebacker Robert Woodyard is incredibly athletic and able to get to running backs with ease. He could even trail a wide receiver if he ever needed to, as his time in coverage is also worthy of praise. He attended Alabama’s Junior Day before the COVID-19 pandemic, so Saban and company have followed his journey for some time.

There is a reason Woodyard is considered the fifth-best recruit in the state of Alabama. He and Thompson High School defensive end Jeremiah Alexander are going to propel Bama’s 2022 recruiting class to the top of the rankings.

Alabama football is often a gateway to the NFL, so Woodyard is a name worth remembering in the future.