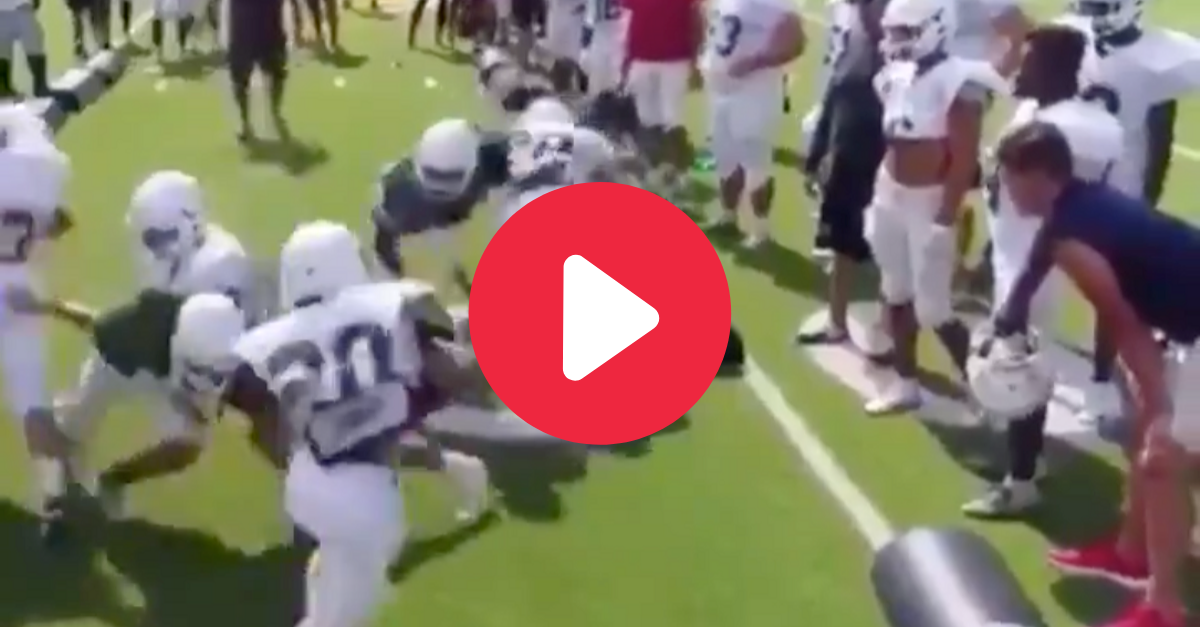 Don’t you love football? For a few months of the year, we get treated to insane fake punt returns one week and date proposals for sideline reporters the next. Whether college football or the NFL is you’re go-to vice for all-things pigskin, there’s no denying the incredible impact that high school football has around the country.

Everyone’s hometown packs into high school stadiums where overpriced walking tacos serve as the most average meal you’ll ever eat come mid-October. Summers for high school student-athletes include weightlifting, preseason scrimmages, team building and practice drills that can deliver some of the best highlights all season.

Walker High School football player Keondre Brown delivered one highlight that should launch the senior down a path toward being the next WWE star.

In a variation of the Oklahoma drill, which the NFL banned because it’s no fun, Brown easily sheds a block (with impeccable form and fast hands, by the way) and meets the opposing running back square at the line. Then, Brown lifts No. 20 in the air — reminiscent of Hulk Hogan in a World Heavyweight Championship match — and hits him with a powerbomb from hell. The entire team swarms, effectively shutting down the drill right there.

Cook is the 16th-ranked point guard in the country and verbally committed to Will Wade and the LSU Tigers over in Baton Rouge, just half an hour west of Walker.

Plus, with Keondre Brown body slamming fools left and right, this was a team to be reckoned with in Louisiana’s Class 5A.

This article was originally published August 22, 2019.