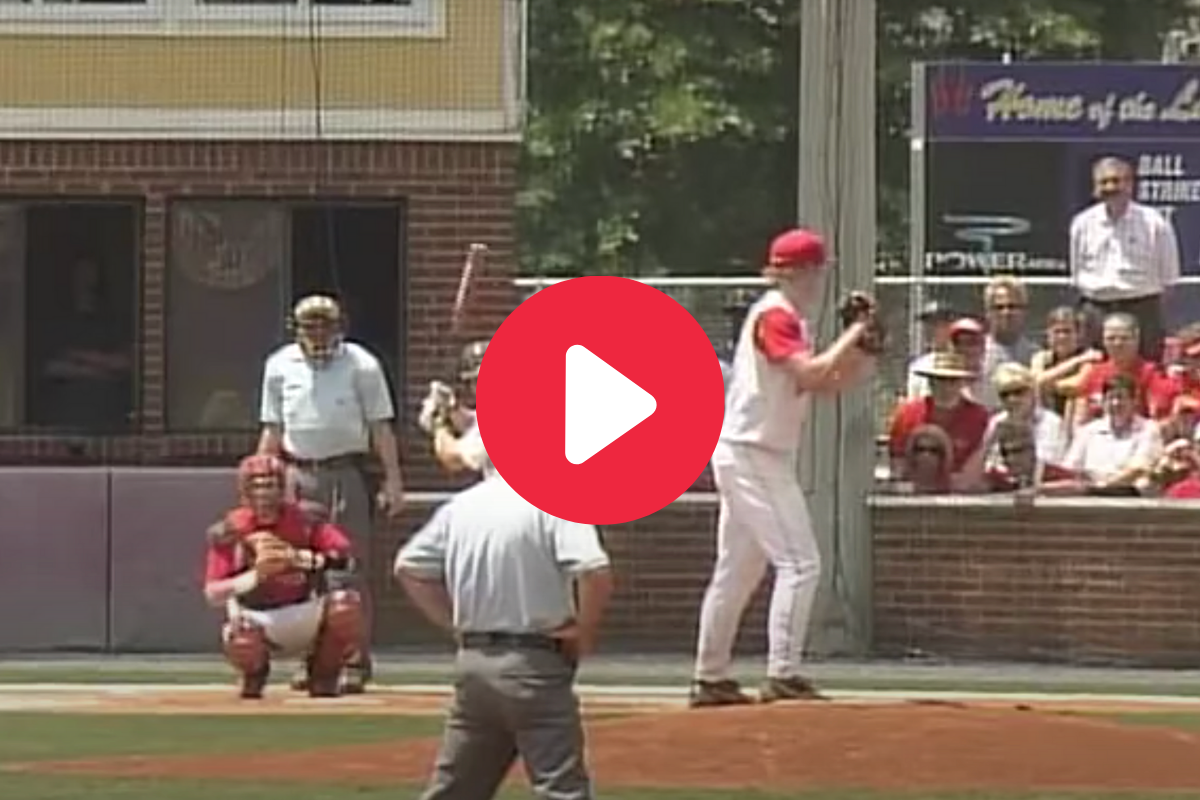 High school umpires can be really, really bad at their jobs. We’ve all wanted to heckle them from the stands, take a swing at them over lazy calls or even intentionally hit one with a ball.

That being said, no one in their right mind would actually fire a fastball toward an umpire’s head right, right? Wrong. It happens more than you think. This softball pitcher let one rip right at an official’s face and the game immediately ended.

In a Georgia high school baseball state championship game, a pitcher most definitely was head hunting when he hurled a pitch toward an umpire.

RELATED: Youth Pitcher Gets Ejected for Swearing at Umpire

Stephens County High School was playing Cartersville in the Georgia 3A high school state championship game back in 2008, when one of the dirtiest pitches you’ll see took place.

Stephens pitcher Cody Martin thew a fastball, and catcher Matt Hill ducked just as the pitch was coming. The pitch drilled home plate umpire Jeff Scott in the face mask. Scott then immediately looks like he’s pissed off at the catcher.

Martin’s brother, Ethan Martin, who wound up being drafted in the MLB by the Los Angeles Dodgers, reportedly argued a strike-three call earlier in the game. That increased speculation the pitch was on purpose.

The video is pretty conclusive if you ask me. The players said it was a simple cross-up and that Hill was expecting a pitch in the dirt. The only problem with that logic is the catcher doesn’t drop his glove to the dirt ready to block.

According to ABC News, the Georgia High School Association reviewed the video and slapped Stephens baseball with a $1,000 fine, a behavior warning, and a mandatory sportsmanship workshop for all players and coaches.

That wasn’t the worst of the fallout, however.

Catcher Matt Hill was planning to walk on at Gordon College in Barnesville, Georgia. Once Gordon head coach Travis McClanahan saw the video, he didn’t want the kid anymore.

“I’ve seen catchers get crossed up before,” McClanahan told ESPN. “But he appeared to be blocking a curveball in the dirt. I was shocked. I’ve never seen that happen. I’ve never heard of a player even suggesting doing that.”

The ump was fine. He had a headache and got an MRI. I don’t know if he pressed charges against the kids or sued their parents, but he probably had a convincing argument if he did.

Cartersville, who led 8-1 when the incident happened, won the game and the championship series.

MORE: Umpire Bumps Youth Coach On Purpose, Then Ejects Him